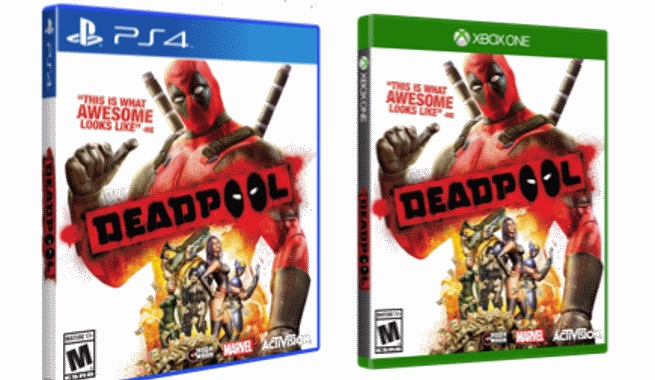 It seems that the Deadpool videogame from 2013 is being re-released on Xbox One and PlayStation 4, according to GameStop.

This news is…frankly, very confusing. Not long after Deadpool’s release, publisher Activision lost its Marvel Entertainment license. As a result, Deadpooland all of Activision’s past games, including several Spider-Man titles, were pulled from digital sales platforms as well as physical retail shelves.

As far as we’ve heard, there’s been no change in the licensing situation. Disney has kept Marvel games publishing in house since buying Marvel Entertainment. With a movie being released, there’s obviously an incentive to have a Deadpool game on the shelf, even if it is one that only received mixed reviews, but how this came to be a reality remains a mystery.

The game was returned to Steam for purchase on PC in July, so maybe the situation between Activision and Marvel/Disney has changed. We’ve reached out to both Marvel’s games division and Activision for more details, and are still awaiting a response at time of publication.
The Deadpool game was developed by High Moon Studios and originally released on PC, PlayStation 3, and Xbox 360. The gameplay consisted of basic combo-oriented action beat’em up mechanics, coupled with Deadpool’s signature fourth wall breaking and cameos from some of Marvel’s X-Men.

Deadpool is scheduled to release on Xbox One and PlayStaion 4 on Nov. 17.