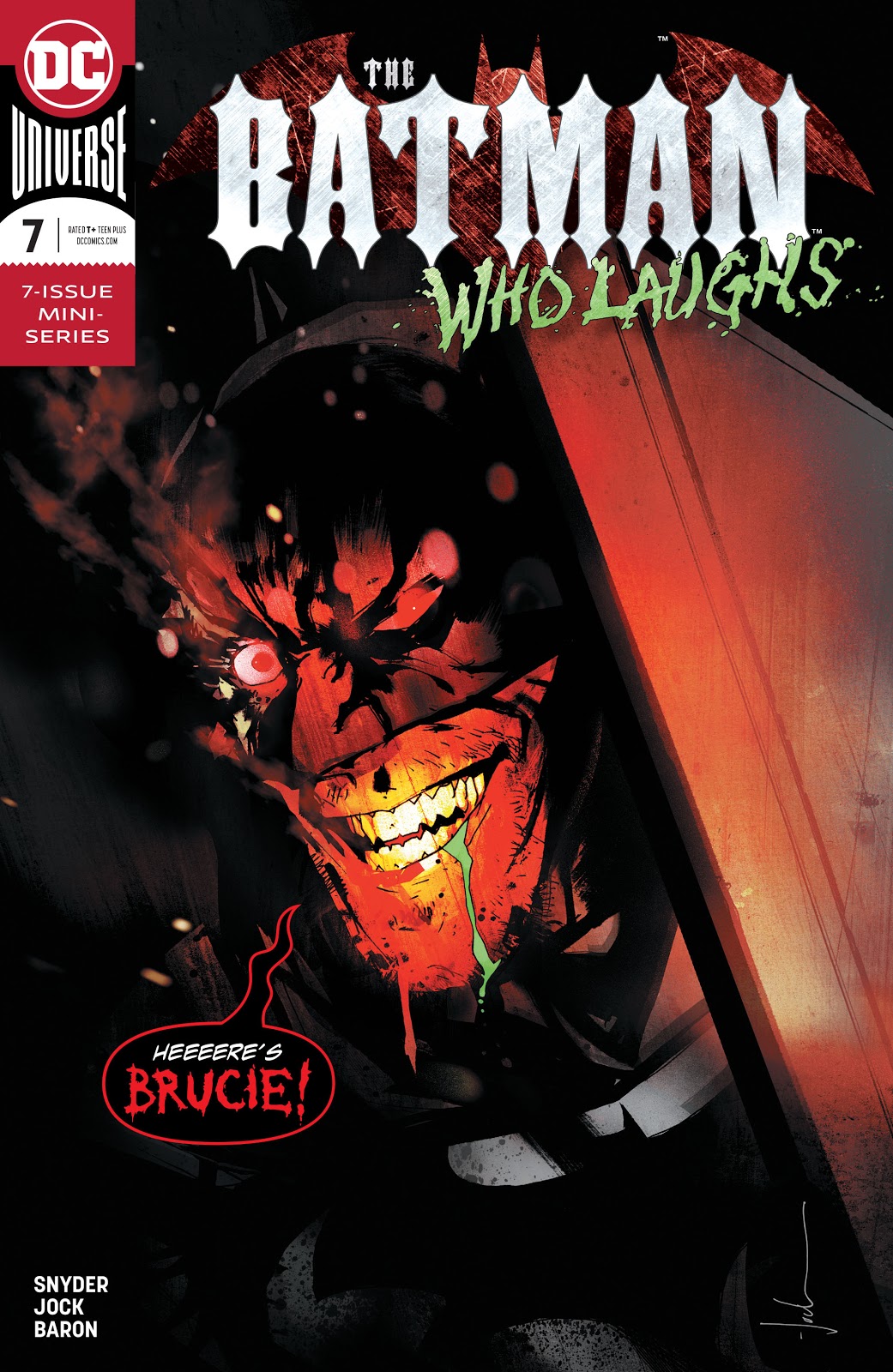 Another Wednesday, another set of new comics! Here’s some of the highlight issues that have dropped today by the Big Two!

Today finishes Scott Snyder’s miniseries focusing on The Batman Who Laughs, and his goal to infect all of Gotham and turn them into Dark Multiverse monsters. Once again, Snyder proves to be one of the greatest Batman writers in the 80 year history of the character. And Jock has proven to be a true artist when it’s needed to be infused with a sense of horror and dread, as the art in this series and in particular this issue, is a true masterpiece. Now it’s time to see what effects this series will have on the soon to be released, “Batman/Superman” title. Pick this up if you want a series with almost no hope of winning and a hero to face huge insurmountable odds.

A conclusion to the “Captain of Nothing” arc, this series is dealing with the heavy ramifications of Secret Empire and it’s weighing heavily on Steve Rogers. Now on the run, Steve must lay down his claim to the mantle of “Captain America” and build a new legend. One based on himself, rather than the symbol he used to be. It’s going to be a interesting era for Steve, and Ta-Nehisi Coates is definitely the man to take him on this journey of new self-discovery.

Snyder makes the list again with his frequent Batman collaborator, Greg Capullo, in this Black Label miniseries. Taking full advantage of the Black Label creative freedoms, Snyder is writing some of his best work in this book and it’s proving to be a big hit. The world is desolate and devoid of any hope. Speed-Force Storms tear the land apart, Gotham is a city of Anti-Life, and Joker’s head won’t shut up. It’s a definite series to jump on, especially when there’s only one more book in the series. Keep an eye on this story, it’s going to be talked about soon enough as one of Snyder’s greatest works yet.

Jason Aaron has consistently written the Avengers with so much fun, I can’t seem to think any other title in Marvel’s lineup to be just as good. The mix of older and newer members has proved to be a great matchup, adding to the extensive lore and history of Earth’s Mightiest Heroes! The newest arc focuses on Robbie Reyes, and it would appear that after all the trouble they’ve gone through lately, his car would be the next thing they must deal with as it seems to have a mind of its own.

What can I say, Grant Morrison is a fucking genius and Liam Sharp is one the best artists in the industry. So when the duo was said to be taking over the new Green Lantern book, people were right to be excited! So far this book has given us what Morrison always delivers and more. The vibe of the Silver Age of comics is readily apparent here, giving us a bunch of space adventures reminiscent of that time period. I mean, when you have Hal Jordan fighting against an alien superbeing that looks like the typical depiction of God, you know it’s a Grant Morrison book. And Grant Morrison, never fails to deliver the goods.

Hickman’s takeover and overhaul of the X-Men series continues in the second series of his master plan. This series will tie in with House of X and the issue dives into the future of Mutantkind. Hickman is astounding with his love and knowledge of X-Men and it seems to be the best thing that’s happened to the mutant team in many years. X-Men is continuing to ascend to the top of the Marvel hierarchy, which was Hickman’s intention the whole time. Definitely recommend keeping an eye on this series and House of X, as anyone who reads X-Men afterwards is going to need to have read this in order to fully understand what has happened.

Well that’s some of today’s highlight comics! Don’t forget to support your local comic shop and remember to watch this blog for weekly updates on the hottest titles.