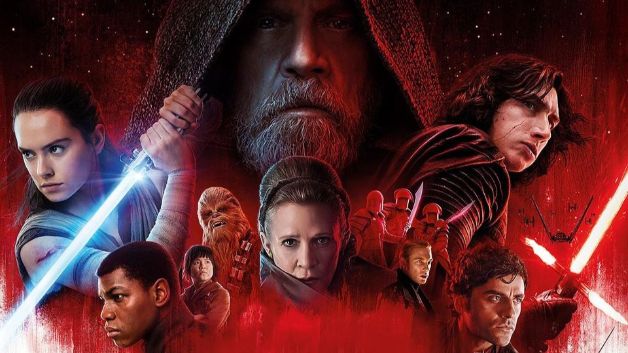 2019 is a big year for Star Wars with the release of not only the game, Jedi: Fallen Order, but also the first live-action television series, The Mandalorian as well as the upcoming film Rise of Skywalker and the very recent opening of Galaxy’s Edge in the Disney theme parks. It’s a great time to be a fan of the franchise because there is so much great content to enjoy,  but there still resides a darker side to all of this. There is a lot of unresolved and self-perpetuating toxicity and resentment present in the Star Wars Fandom that it often makes talking about the Franchise we love difficult in online spaces without running into people with bad intentions. Those people with bad intentions will do everything in their power to ruin it for other people.  With the release of the end of the Skywalker Saga being imminent it is needed to look at the toxic side and discuss why this has come about, why people are so passionate, and how we can all help to make things better and maybe even repair the divide.

Star Wars is one of the biggest Franchises in the entire world. There is no denying it’s inherent popularity with people both young and old. Most people who enjoy the series are fairly rational. They may have their likes and dislikes, but they don’t take anything in the series as a personal front to them if it doesn’t go their way. The Fandom is a different beast altogether and have had constant issues with more radical individuals that will vehemently enact toxicity. One of the most common things that I have seen is how the franchise is viewed between demographics.

The Franchise has been around for multiple generations of individuals. There are people who grew up on the originals like myself, there are those that grew up during the Prequel era, and there are those that are currently growing up on the Sequel era of films. These three trilogies have their own fandoms attached to them and they often influence fans at very formative ages. These formative ages are when they are developing their tastes and desires. This changes between each generation of fans and at this point it seems cyclical that the older Star Wars fans will have a bigger issue with the films that the younger Star Wars fans enjoy and because these films they disappointed them personally they can not see past themselves and many often present that hostility to other fans and sometimes even the filmmakers and actors of said property. While it is definitely good and normal to express one’s own personal perspective about film there are ways that you can go about it without using it as an excuse to attack others for their own enjoyment. It is certainly not ok to hold this series up to such a standard that you make out anyone that doesn’t agree with your tastes to be a threat. That attitude is why we have the divide.

The films themselves have changed and there are many people who think they know what Star Wars is. The truth is most people really don’t. Star Wars changes based upon the talent who take it over and fans may have valid opinions, but they also don’t dictate the franchise and in many ways they shouldn’t. If the fandom had control over the series then we wouldn’t have had the series to begin with because everyone has a different perspective. This perspective has done great work to cause a divide and has been a big part of the rift in general for quite a long time, but recently this divide has just grown deeper and more vitriolic over the last few years thanks in part to the internet.

The internet is one of the most valuable tools in modern society. It has helped us be more connected and allows for information readily available to anyone who may need it. This tool allows for us to reach out to you all with whatever we decide to write about, but the internet can also be quite a dangerous place where toxic ideas are furthered on and certain individuals can be convinced to believe in more radical concepts. This toxic culture has infected the Star Wars fandom in ways that are hard to deal with.

Over the last several years the sociopolitical divide is becoming more apparent. It’s creeping into every aspect of the fandom and has steered individuals into more openly racist, sexist, and all around bigoted ideas. The recent films, their actors, and the fans have dealt with toxic individuals who scream about “sjws” ruining everything they love because the new films happen to have a female lead and people of color as major characters. They blame it all on the supposed “evil” of diversity and think the films are forcing an agenda upon them. This is utterly ridiculous in every possible way, but the internet, social media, and certainly YouTube has allowed for reactionary creators to make videos and spread malicious lies that have caused those individuals to feel empowered in their incredibly wrong ideals. This has gotten so bad that they have labeled themselves to be the “fandom menace”. The YouTube personalities that profit off of this manufactured rage have gone so far as to create an indiegogo to make a book series chronicling this rise of the “fandom menace” who compare what has been done to Star Wars as an act of terrorism. I wish I could tell you that this is an elaborate hoax, but sadly it isn’t. It’s bigoted individuals being further radicalzed by people who make a profit off of these Star Wars fans. In a series that is supposed to be about a group of diverse individuals taking a stand against an oppressive fascist force it is painfully obvious how much lack of self-awareness there is in these individuals who use their love of this franchise to make excuses for their blatant bigotry.

This mostly white male centered group has driven a wedge in the fandom as big as the divide between which Star Wars films you prefer. They often harass and target those that don’t fit their ideology or happen to be of a different gender, sexuality, or race from them. As someone who loves this series it saddens me that this has been happening. It is the reason why Kelly Marie Tran, the actress who plays Rose in the recent films, was driven off of social media. Their harassment needs to end and while this may seem hopeless I believe that this divide can be resolved.

How To Make Things Better

There is a lot of toxic attitudes that have been responsible for making everything much worse and at times it can feel hopeless. When toxic fans are allowed to keep a platform even after saying and doing tremendously horrible things then that is a serious issue. Even though all of these issues persist the best thing that we can do to combat toxicity and to repair things is to speak up.

Negativity and strife can come between any group. Especially a group of fans who so often come from all sorts of backgrounds and experiences. An individual’s experiences determines their outlook and one of the best ways in combating problems is by realizing what or who is causing the issue and by calling it out. If there is someone pushing people to believe in ludicrous concepts that are based around hate then that needs to be addressed whether it be reporting them to whatever site they are using or by warning other fans to stay as far away from them as possible. There are too many people with bad intentions who wish to harm others and if you’re willing to identify those individuals then you are helping to create a healthier space online. Fandoms like any groups of people often have different ideas and having different perspectives can be healthy, but the people who want to silence others by bullying, harassment, and bigotry need to be stopped.

Star Wars is about a group of radical rebels using love and some magic to defeat fascism at any cost and it seems as if people tend to miss that point. The Fandom needs to find a way to come together and those in the fandom need to step up, speak out, and defend the people who have received hatred. I have noticed some prominent people taking this approach and it seems to be working even if it has not fixed everything quite yet. There still is hope and that hope mirrors the hope present in the characters that we all know and love from the franchise.

The Fandom has one thing in common and that is a mutual love for these stories and these characters. This divide whether it be generational or politically done is never going to make Star Wars fans look good. There needs to be a reclaiming of it from dedicated fans who love the franchise and who don’t want to isolate other people from it because they happen to be different from them. We need new people that use the themes and morality of the Franchise to spread positivity. That is incredibly important. I may not know what the future holds for the series as Disney continues to use it, but I have hope that not only will we get amazing new stories, but we will also see good fans showing the love and the passion yet again without vitriol. The best way to aid this is to spread as much Star Wars positivity as possible. May The Force Be With You all as we tackle this issue together.

Watchmen Ep 6: This Extraordinary Being Review (Spoilers)
3 Fan Favorite Disney Properties that Should Be Brought Back On Disney+