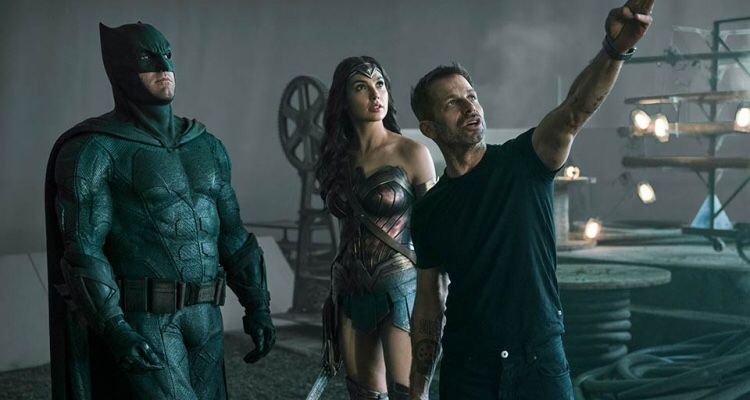 In the past decade, the influence a fanbase can have on the industry has grown astronomically. By proxy of Social media campaigns, and just an overall greater presence of information in our lives, fanbases have been able to do the unthinkable: save tv shows from cancellation by getting it picked up by another network, force major motion pictures to redesign whole character models due to backlash, or even getting shows revived and rebooted. It’s really impressive to see just how much fan influence has affected the industry, however, there is one fan movement that stands a titan above all the others. A movement that has become so big that it’s almost becoming an entire cultural movement. I am talking about the movement to release Zack Snyder’s unaltered cut of Justice League.

The production and release of Justice League had a lot of ambiguity to it. Officially, Snyder stepped away from production as a result of a personal tragedy, and as a result the film was finished by Joss Whedon (who had been allegedly hand-picked by Snyder to finish). Justice League was an utter mess of a film (a mess that I personally enjoyed a great deal), and that’s where this all started. Most people rested the blame with Whedon and WB, and so the #ReleasetheSnydercutt movement was born. However, the question I think that is important to ask is, from a realistic standpoint will this cut ever be released, and arguably, more importantly, should it?

Traction for #ReleasetheSnyderCut took off like a flash (pun intended), and recently, after years of Snyder sharing behind the scenes photos, and even revealing the official run time of his film, there have been rumors circulating that Warner Bros has been in contact with Snyder about potentially having him finish his cut to debut on the new HBO Max streaming service. The most detailed of these rumors claims that Snyder is asking for close to 50 million for VFX editing, additional photography, reshoots, and rewrites. Warner Brothers on the other hand, according to this same rumor is only offering 10 million. If this proves to be true, it is completely understandable.

Ultimately, releasing the “Snyder Cut” will profit WB/ AT&T very little (despite the seemingly high demand). Snyder’s cut will not be given a theatrical release as that would result in brand new contracts being drawn up for the actors involved, which would not only prove even more expensive, but there are certain actors who might not sign a new contract. After already losing 100 million on a close to a billion-dollar investment in production and marketing, I doubt Warner Bros and their new owners at AT&T are willing to invest too much capital in a project that will serve little more than a way to save face with fans and be a subscription bonus for HBO Max, their upcoming subscription service, especially when Snyder’s films in the DCEU have not performed the way corporate had hoped them to.

Despite mixed to the negative response to Man of Steel and it’s sequel, Batman vs Superman, the box office haul for these first DC films were substantial. Both films had budgets of around $250 million (although some reports say that those figures were tampered with for BvS and the real budget was around 350 million) and with Man of Steel raking in 668 million and Batman vs Superman raking in 800 million it would be crazy for a studio to not be happy with those results, but that’s not necessarily the case.

When looking at the entirety of comics Batman and Superman stand as the two most iconic characters ever made, you would be hard-pressed to go anywhere and have someone not know who these characters are. So, comparatively, when Captain America: Civil War, a film about a character who up until the past 10 years had been considered by most a B list character, made over 1 billion the same year that BvS came out, it was considered a massive failure especially since not only was this the first time Batman and Superman appeared on the silver screen together, but the entire DC Trinity: Batman, Wonder Woman, and Superman. Yes, it made money and turned a profit, but they got pennies in comparison to what they were expecting. Justice League is a whole other story though. Justice League’s base budget was reported as 300 million before marketing and between press tours for the cast, convention circuits, and advertisements. they spent a great deal more to the point where despite Justice League bringing in 600 million, the company was estimated to have lost 50 to 100 million dollars. In other words, Snyder’s vision was not the proper investment the company was hoping for.

So, assuming the rumors are true, and WB is only offering Snyder 10 million out of a requested 50, then Snyder’s Cut will more than likely not be up to what the director wants it to be. It would be a half-baked representation of what he was hoping to make. However, the finances are far from the only issue that the Snyder cut poses. Snyder’s vision for DC is dead. Matt Reeves’ The Batman (Working title Vengeance), is likely not to be set in an overarching DC continuity, and while other films that were set to be in that overarching universe are moving forward, it’s very clear they are doing so without the influence of Snyder and are going in very different directions. At the end of the day, this Snyder Cut of Justice League would be little more than the closure a couple gets from breakup sex. It might be cathartic for a moment, but both parties end up regretting it in the end.

From a personal standpoint, Snyder has turned me against his vision. I used to be an advocate of Snyder’s vision, and I am not against the release of a Snyder cut, but I do think that it will be an overlong, bloated film made by a man who has completely failed to understand the very core concepts these characters represent. Snyder has always claimed to have been a massive comic fan that kept his vision in line to who these characters are in the books, but that is not what’s showcased in these films, and it’s certainly not the sentiment he showed at the BvS: Ultimate Cut exclusive screening that Snyder hosted on the third anniversary of the movie’s theatrical release.

During this screening he went on record saying this about his characters killing, breaking their own personal ethos’ in the process: “Someone says to me: “Batman killed a guy,” I’m like “F–k really?” WAKE UP… Once you’ve lost your virginity to this f–king movie and then you come and say to me something about, My heroes wouldn’t do that, I’m like: Are you serious? I’m like down the f–king road on that… It’s a cool point of view to be like: ‘My heroes are still innocent. My heroes didn’t f–king lie to America. My heroes didn’t embezzle money from major corporations. My heroes didn’t commit any atrocities.’ That’s cool, but you’re living in a dream world.” DC has always strived to be modern mythology where these characters personify intangible concepts like truth, justice, and hope. Having these characters turn their backs on those very concepts that have defined them for 85 years of storytelling is nothing short of character assassination. So I don’t think a 210 minute (3 hours and 30 minutes, and the reported length of his cut by Snyder’s own account) cut of Zack Snyder’s Justice League will placate anyone except the people who like the man and his work more than the characters it’s supposed to represent.

Justice League was a cautionary tale as to why it’s so important to take your time and focus on individual character narratives before bringing them together as a big scale team. Having to juggle a main narrative of a story while simultaneously introducing individual character narratives for protagonists who have never been introduced prior is going to be a mess. Trying to balance those things will result in clunky pacing, and the core narrative will suffer for it. Imagine watching 2012’s Avengers but Marvel had only ever made Iron Man and Captain America: First Avenger. It wouldn’t have made sense and as Justice League and Avengers are essentially the same film when you break them down to their base concepts (evil god brings a horde of hive-mind aliens to earth in order to obtain a cube(s) of cosmic power, and a team of heroes must stop him), that’s exactly what we got. An untampered, cohesive vision of Zack Snyder instead of the occasional clash in tone from Snyder to Whedon would have absolutely improved the product, but I doubt it would have been as drastic as people are hoping for, because the root issue of Justice League rests in its bloated narrative, which would only serve to get even more so by shoving another hour and a half of content. Then when you take in account for the fact that WB will likely not give Snyder the money he feels he needs to make this film, and that if released its just going to be a way to push a subscription service, it just feels like at this point it’s better off being the unknown thing it is right now because if the Snyder Cut of Justice League is anything less than perfect (which is what the hype train would suggest), it will serve only to disappoint.