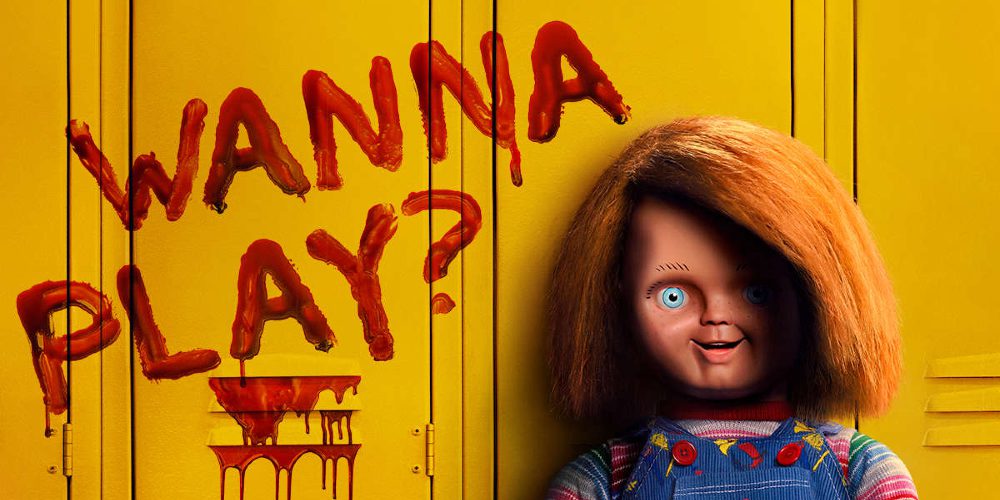 Child’s Play is one of the all-time classic’s of the slasher genre. The story of Charles Lee Ray, a serial killer whom, upon death, transferred his soul into a “Good Guy” doll and begins slashing his way around in the hopes of once again transferring his soul into a living human.

The Child’s Play franchise has since spawned seven sequels, and is now primed for an eight-episode television series on SyFy and USA, aptly titled Chucky. The series is a sequel to the 2017 film, The Cult Of Chucky, and is teased to feature many returning cast members from earlier films in the franchise such as Fiona Dourif’s Nica Pierce, and Alex Vincent’s Andy Barclay.

Up Your Geek’s Louis Booker, Chris Nugent, and Julia Langridge were present for the main stage featurette for Chucky at New York Comic Con, and got an exclusive look of the first episode of the series. Child’s Play creator, Don Mancini, was joined by series veteran Jennifer Tully on-stage and they had an engaging conversation about the growth, and legacy of the franchise. Mancini highlighted how being a member of the LGBTQ community influenced the creation of the new show’s protagonist, 14-year-old Jake Wheeler, and it allowed the character to have this bizarre relationship with Chucky, while also dealing with the motions of development at that age.

The audience was assured that the new series was passion-project above everything else, and that shined through with the first episode.

There will be a review once the first season has fully-aired, but the pilot episode for the killer doll was fantastic. There is an appropriate amount of tension, development, and payoff. Chucky is given new life, and while there will be moments that harken to previous elements, they are played at their strengths. Jake Wheeler is a strange, but certainly compelling character, and you can understand his isolation, and where he may be headed later in the season. One of the highlights was Alyvia Alyn Lynd’s Lexi Cross, who does such a great job creating an early villain, for the show to push motivations, there are very few characters I wanted to see get punished more than her, and that was a sign of a standout performance.

The Child’s Play franchise has surpassed that of the cult influence, Chucky is a major character with a massive following. The showing of the audience at The Empire Stage at New York Comic Con was a sight to be held, and you could feel the excitement in the room as the episode concluded, and fans were given time to be with the creator and cast.

More in Fandoms in Pop Culture