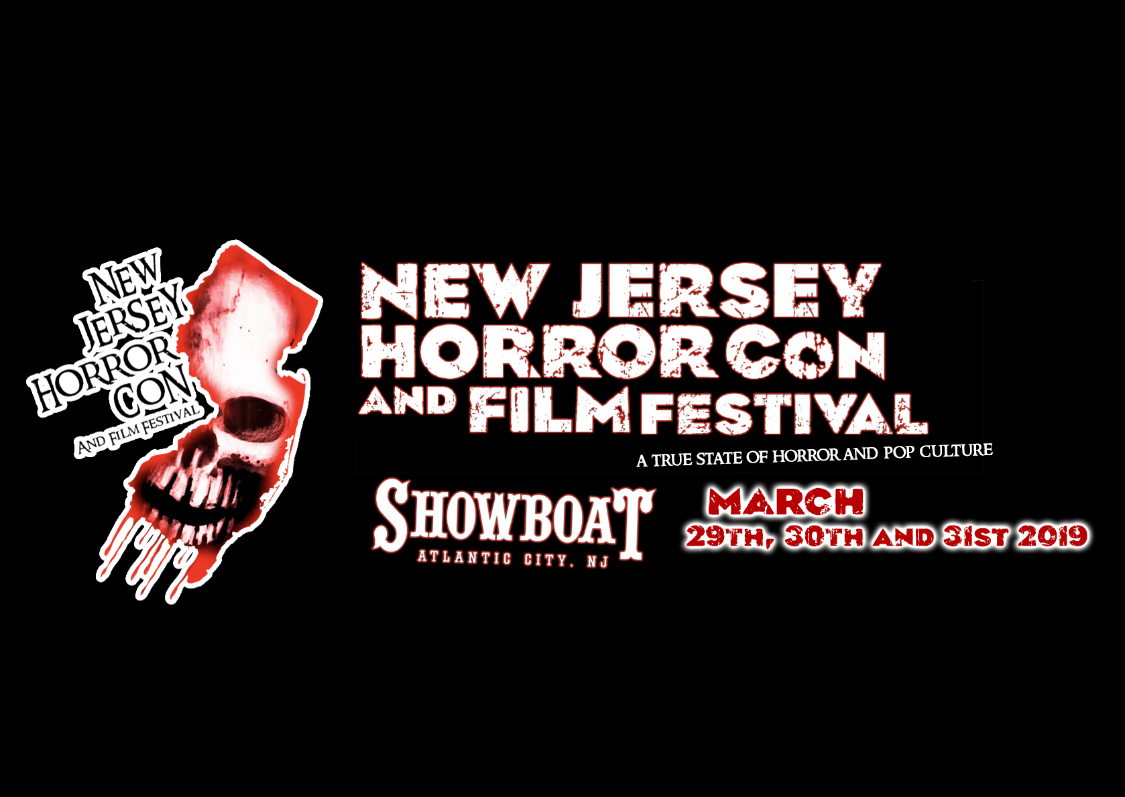 Hey Freaks & Geeks! The famous New Jersey Horror Con & Film Festival will make waves next month in Showboat Atlantic City, NJ! Starting March 29 through the 31st, and the address is 801 Boardwalk, Atlantic City, NJ. The NJ Horror Con & Film Festival is a convention that focuses on independent cinema, meeting celebrities who have appeared in horror related movies and shows.

“Our goal is for fans to see amazing Horror films in the indie scene and also an opportunity to mingle and network with big names in horror. Horror fans can also participate in Q&A sessions, see the amazing vendors from around the Horror scene and watch the best indie films around.”

There will be various guests at the convention, and some will have their own Q&A panel! A few of the guest names are Mick Garris from Hocus Pocus, Sleepwalkers, Masters of Horror; Ernie Hudson from Ghostbusters I and II; Adrienne Barbeau from The Thing, Creepshow, The Fog; A Pet Sematary reunion with stars Miko Hughes, Denise Crosby, and Dale Midkiff; Lloyd Kaufman from Troma Entertainment; and plenty more!

There will be over 30 confirmed guests, although the guest list is being updated! You can check out their guest list here. New Jersey Horror Con will host a number of amazing films, Q and A’s and events! Some films will be presented with introductions by the filmmakers themselves! The list for the movies that will be screened is still being updated at this time.

The show hours will be as followed:

Fast and Furious Is Back!
REVIEW: ‘The Lego Movie 2: The Second Part’