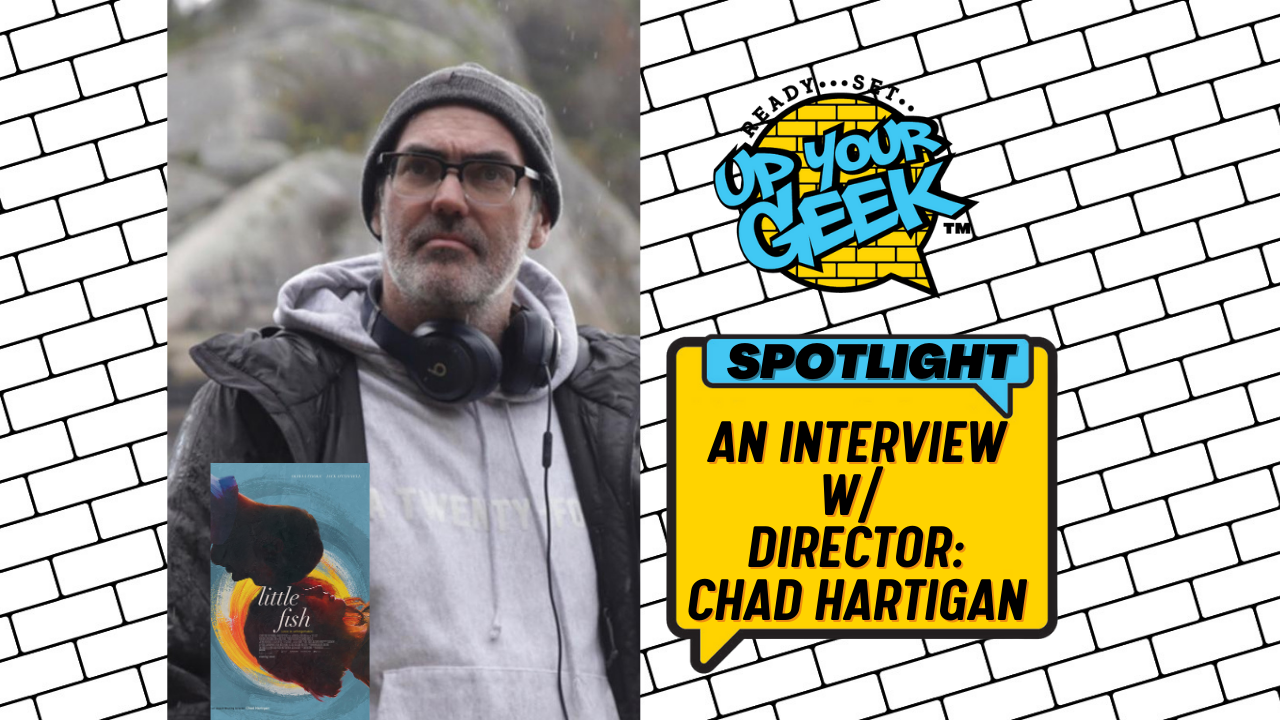 Independent film Director Chad Hartigan was born in Nicosia, Cyprus and attended the North Carolina School of the Arts, School of Filmmaking. His first feature as writer/director, Luke and Brie are on a first date, premiered at the Hamptons International Film Festival in 2008 and was remade for Latin American audiences in 2013 as Luna En Leo. His second feature, This is Martin Bonner, premiered at the 2013 Sundance Film Festival where it won the Audience Award for Best of NEXT and went on to also win the John Cassavetes Award at the 2014 Film Independent Spirit Awards. His third feature, Morris From America, premiered at the 2016 Sundance Film Festival where it won the Waldo Salt Screenwriting Award and a Special Jury Prize for Acting and was later named one of the top 10 Independent Films of the year by the National Board of Review.

We got to interview Chad to discuss his fourth feature film Little Fish, which opened in theaters and on demand February 5th. Little Fish is described as a romance set in a near-future Seattle teetering on the brink of calamity.

Little Fish opens in the midst of a global epidemic: Neuroinflammatory Affliction (NIA), a severe and rapid Alzheimer’s-like condition in which people’s memories disappear, in some cases fading over weeks or months, in others vanishing in an instant.
The film centers on couple Jude Williams (Jack O’Connell, Unbroken, Skins) and Emma Ryerson (Olivia Cooke, Ready Player One, Bates Motel) as they grapple with the realities of NIA, interspersed with glimpses from the past as the two meet and their relationship blooms. But as NIA’s grip on society tightens, blurring the lines between the past and the present, it becomes more and more difficult to know what’s true and what’s false.  Little Fish also stars Soko (Her, The Dancer), and Raúl Castillo (Looking, We The Animals). The film is written by Mattson Tomlin, scribe for Netflix’s Project Power and co-writer of The Batman with Director Matt Reeves. Tomlin also serves as a producer. Little Fish is distributed by IFC Films and is produced by Brian Kavanaugh-Jones, Rian Cahill, Tim Headington, Lia Buman, Chris Ferguson. Teddy Schwarzman, Ben Stillman, Michael Heimler, Max Silva, Olivia Cooke, Fred Berger all serve as executive producers.