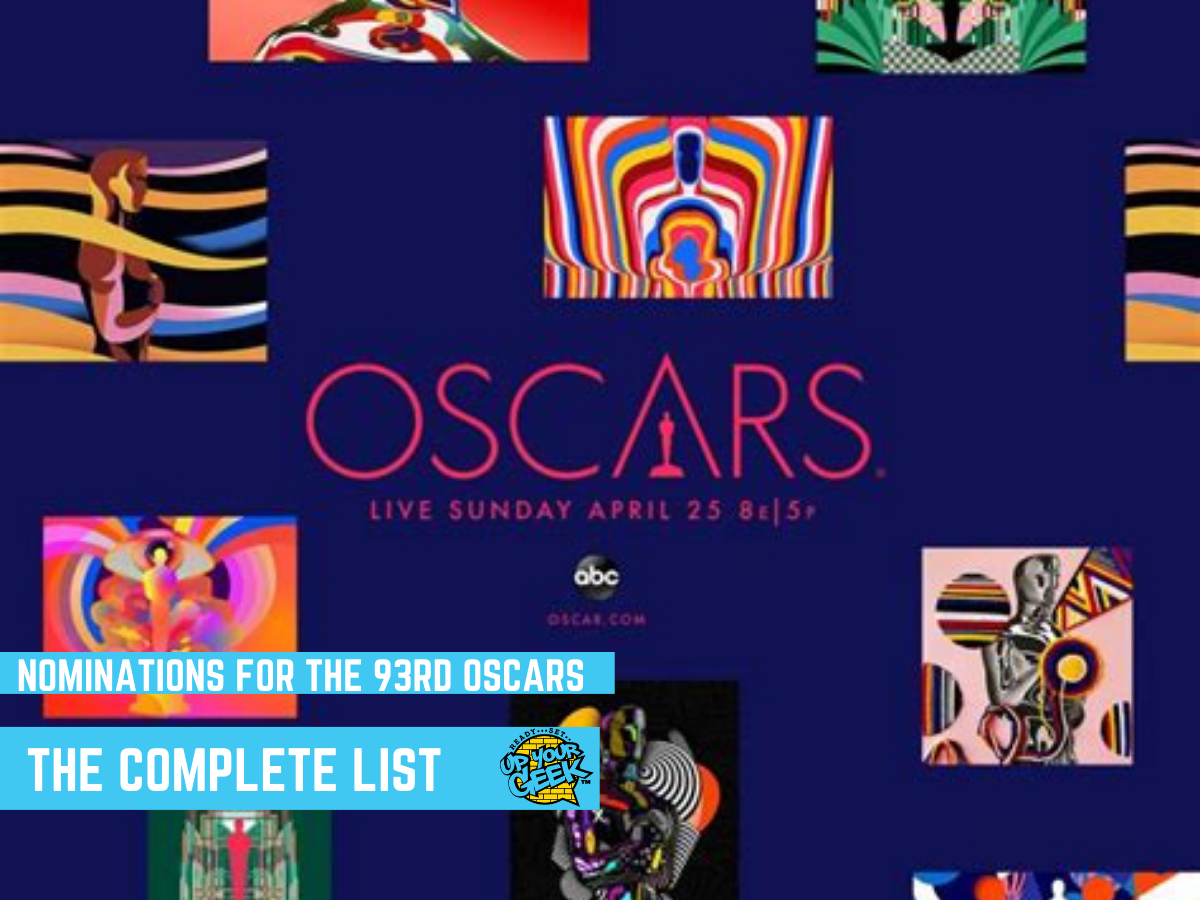 The 93rd Academy Awards are upon us and in an unusual year, the film industry is still showing how much the art of film making is still appreciated. This years Oscar nominees can rejoice in the fact that they got to continue honing their craft and entertaining the masses amid a pandemic — giving film fans an escape. As such, comes the awards season for these great artist and creators showcasing their talent.

Leading the nominations is David Fincher’s “Mank” with 10 nods, and for the first time in history, two women – Chloé Zhao and Emerald Fennell – were nominated for best director. Only five women have ever been nominated in the directing category before. Zhao is the first woman of Asian descent nominated. The other nominees were Lee Isaac Chung for “Minari,” David Fincher for “Mank” and Thomas Vinterberg for “Another Round.”

Nominated for the first time was singer, songwriter and actress Andra Day for her role in “The United States vs. Billie Holiday”. She goes up against veterans Viola Davis, and Frances McDormand as well as actresses Vanessa Kirby and Carey Mulligan.

The late Chadwick Boseman picked up a posthumous nod for his role as Levee Green in “Ma Rainey’s Black Bottom”. Boseman goes up against Riz Ahmed, Anthony Hopkins, Gary Oldman, and Actor Steven Yeun — who made Oscar history being the first Asian-American ever nominated in the category for Best Actor for his role in “Minari”.

Eight films were nominated for best picture. “Mank” was joined by Fennell’s “Promising Young Woman,” Zhao’s “Nomadland,” “Judas and the Black Messiah,” “Sound of Metal,” “Minari” and “The Trial of the Chicago 7.”

The Academy extraordinary steps last year in acknowledgment of the COVID-19 pandemic, moving its ceremony back two months – from Feb. 28 to April 25 – expanding the eligibility window, and temporarily removing requirements that a movie must play in theaters to be considered.

The Oscars ceremony will air on ABC on April 25, the latest the Academy Awards have ever been handed out.

Actress in a Leading Role

Actor in a Leading Role

Actor in a Supporting Role

Actress in a Supporting Role

“Onward”
“Over the Moon”
“A Shaun the Sheep Movie: Farmageddon”
“Soul”
“Wolfwalkers”

“Fight For You” from “Judas and the Black Messiah” (Music by H.E.R. and Dernst Emile II; Lyric by H.E.R. and Tiara Thomas)
“Hear My Voice” from “The Trial of the Chicago 7” (Music by Daniel Pemberton; Lyric by Daniel Pemberton and Celeste Waite)
“Husavik” from “Eurovision Song Contest: The Story of Fire Saga” (Music and Lyric by Savan Kotecha, Fat Max Gsus and Rickard Gransson)
“Io S (Seen)” from “The Life Ahead (La Vita Davanti a Se)” (Music by Diane Warren; Lyric by Diane Warren and Laura Pausini)
“Speak Now” from “One Night in Miami…” (Music and Lyric by Leslie Odom, Jr. and Sam Ashworth)