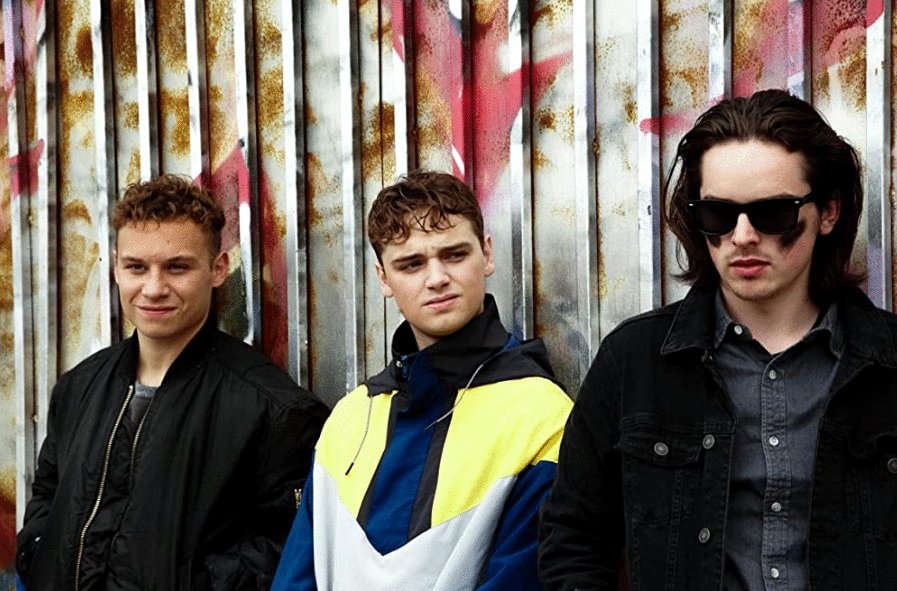 The coming-of-age genre has hit an all-time high, with major successes throughout the last decade, specifically with films such as Lady Bird (2017), Eighth Grade (2018), The Diary Of A Teenage Girl (2015). With indie director’s having a greater potential for access, these deeply personal stories are usually seen at the forefront. Recapturing or rather highlighting a lifestyle that many outside would not recognize, and the sharing of these stories is a major reason for this genre’s recent success. This is evermore clear in the trippy, yet brilliant Here Are The Young Men.

Written and Directed by Eoin Macken (Merlin, The Night Shift), and based on the novel by Rob Doyle, Here Are The Young Men is the summer story of three male friends following their graduation from High School in Dublin. The film centers specifically on Matthew (Dean Charles-Chapman), a young adult whom appears to have a great future, but may be misguided due to the affairs he gets into with his friends Kearney (Finn Cole), and Rez (Ferdia Walsch-Peelo). This includes nights of wild partying with copious amounts of alcohol, drugs, and sex (although, non of which are exaggerated explicitly). As the summer goes on, the trio go through multiple experiences, some traumatic, which begins to take a toll on all three of the men, which ultimately concludes in a rather bombastic, although powerful ending which sees each member having been completely changed by the time the credits roll.

Usually a film such as this would fall into the crowd, but the choice of having the story take place in 2003 gives Here Are The Young Men a distinctive tone. For those unfamiliar with the socio-economics of the story, The Celtic Tiger era in Ireland was a prominent one. From the 1990’s to the 2000’s, the nation saw massive economic growth due to the advent of large investments and job opportunities. This would all of course bubble, and cause a huge economic decline that is still being felt to this day. This gives each character a sense of nuance, in that none of them are particularly “spoiled” or rich in any matter, rather they are left without responsibility, or are left to their own devices as much of the adult-life at the time would have been heavily working-class. There is hardly a sense of a more mature presence, enforcing this ideology of isolation and the feeling of being alone for these characters.

Dean Charles-Chapman’s performance as Matthew is innherently strong, this is character that first appears to just be going through the motions; peer-pressure, his pursuit of a romantic relationship with Anya Taylor-Joy’s Jen, and the intimidation of leading an adult life are all on display, yet he manages to provide such a beautiful amount of innocence, and soon, he finds himself questioning every choice around him. The best performance is without question Finn Cole’s Kearney. He manages to convey such an edgy personality, whilst not being afraid to show signs of confusion, loneliness, and heartbreak. This is a character that is begging to be loved, even with his friends by his side, he consistently feels abandoned and acts out as a result. Going from a character that is excited to be “free” following his legal age, and slowly becoming unstable to a point of sociopathic tendencies and even possibly being responsible for killing, or atleast causing the deaths of other characters. Kearney is completely unpredictable, and convincingly done so by Cole, and while you may not always understand where he is coming from, you find yourself having a difficult time not empathizing with the character. While not given the same amount of focus, you can certainly empathize with Ferdia Walsch-Peelo’s Rez as portrays a character that feels far more lost than the other two. Despite honing the impression of a kid that may be smarter than the other two, a certain event early in the film triggers an emotional reaction that forces Matthew and Kearney to be taken aback.

What will definelty have audiences talking over is the utilization of metaphors and visualizations. Much of the story, exposition, and personality of the character’s is shown through the utilization of television reels from the time, as well as a “Game Show” re-creation through the eyes and mind of one of the characters. These narrative tricks are used throughout to initially tell the story through one person’s eyes, but soon it becomes a collective amongst the group and is more-or-less used as a way of conveying a lack of unison. While there may be a few people who may find these visualizations to be overused, there is no doubt that they are able to creatively structure the story in a way that may seem fun at first, but quickly becomes disturbing the more you look into it.

Eoin Macken’s adaptation of Here Are The Young Men brilliantly captures the essence, and struggle of each of its characters, and does so in a way that it does not come across as pedantic, but rather accessible. The film is not entirely complex, but the story and characters are, and this film manages to perfectly balance a mix of different tones and themes whilst also embracing the culture of what was once considered Ireland’s “luckiest generation”. Vibrant cinematography by James Mather (Prey Alone, Frank), and fantastic editing by Colin Campbell (The Young Offenders, The Hole In The Ground), help make Here Are The Young Men a definitive style that will surely help it standout.