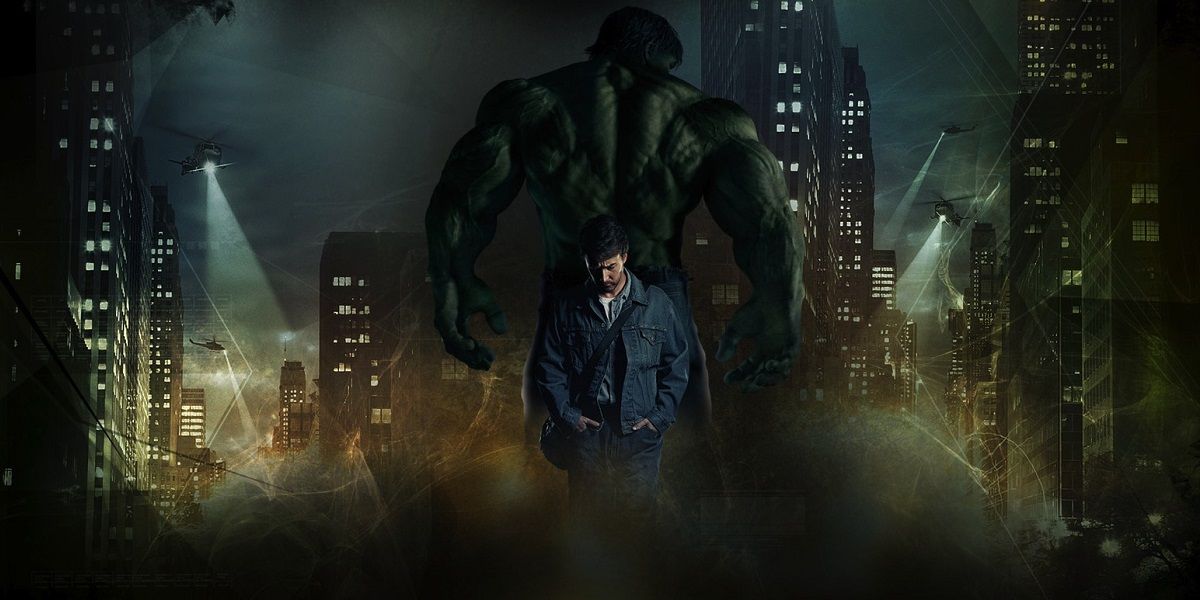 When director Bryan Singer defected from the X-Men franchise (only to return for last year’s Days of Future Past) to make the first Superman film in almost 20 years, he made the unorthodox decision to turn a franchise reboot into a direct sequel of a previous film, Superman II. (Singer also decided, perhaps wisely, to pretend that Superman III and IV never happened). This decision may explain why Singer decided to cast the unknown Brandon Routh as Clark Kent, because he happens to look really, really, really similar to former Superman Christopher Reeves. While many fans enjoyed Singer’s faithful and nostalgia-heavy interpretation of the character, others found that Routh’s performance couldn’t quite match that of Reeves. When Superman Returns disappointed at the box office, Routh wasn’t invited back for a sequel and instead Henry Cavill (who had unsuccessfully auditioned for the role at the same time as Routh) was tapped to take over the character in Zack Snyder’s 2013 Man of Steel.

Long before Marvel Studios turned their comic book properties into a massive, interconnected 12 film (and counting!) film franchise, they had one task: make a movie out about Iron Man. For that, they hired Robert Downey Jr. as Tony Stark and he quickly become a fan favourite. The same cannot be said for Terrence Howard, who was cast as Stark’s friend Col. James “Rhodey” Rhodes, who would later go on to become War Machine. When it came time to re-up for the sequel, Howard was replaced by Don Cheadle. At the time, it was reported that Howard, who was rumoured to be difficult on set, wanted too much money. Later on, Howard claimed that they were trying to pay him an eighth of the price that had been contractually agreed. Whatever the reason, Howard was recast as War Machine before he even got to put the suit on.

Eric Bana and Edward Norton as the Hulk:

In the midst of the first wave of superhero movies, Universal gave Ang Lee the keys to Hulk, the first feature film about the Green Goliath. Despite Lee’s pedigree, audiences didn’t care much for the story of Hulk as a slow, character-driven Greek tragedy. Despite Bana’s sensitive turn in the lead role (and Nick Nolte’s scenery-chewing as the bad guy), the film couldn’t garner much excitement, and a planned sequel was never made. Five years later, Marvel Studios took over the rights to the character and made The Incredible Hulk, their first follow-up to Iron Man. This time, indie-favorite Edward Norton played Bruce Banner, but once again, box office was disappointing and rumors of conflict between Norton and the studio surfaced. By the time Bruce Banner got angry again for The Avengers in 2012, Norton was replaced by Mark Ruffalo.

Given how long Luke Cage has been stuck in developmental hell, it’s strange to think that the late 1990s were actually a heyday of African American superheroes on screen. Along with Wesley Snipes in Blade, audiences were also treated to Shaquille O’Neal in Steel and Michael Jai White in the more fondly remembered Spawn. Based on the Todd MacFarlane comic book, Spawn was a darkly-themed film about a soldier who returns from the dead to see his wife and child, but only after making a deal with the Devil to become his eternal servant. Though fans enjoyed White’s performance as the deformed, demonic Spawn, the film itself failed to live up to the expectations of the series’ fans. No sequel or reboot ever made it to production after several years of development.

Before he was Batman (a superhero with no superpowers except a sharp intellect), Ben Affleck was Daredevil (a superhero with no superpowers except a heightened sense of hearing). In the 2003 film, Affleck strapped on a leather costume (must’ve been sweaty!) and swung around the rooftops of Hell’s Kitchen, punishing the criminals he couldn’t put away at his day job as the blind attorney Matt Murdock. Though it was originally envisioned as a hard-edged crime film, Daredevil was watered down to a PG-13 by the time it hit theaters. A later Director’s Cut solved some of the problems, but it couldn’t salvage Ben Affleck’s performance. Daredevil’s love interest, Elektra (Jennifer Garner), later got her own movie, but Daredevil wouldn’t return until earlier this year, when Charlie Cox played him in the well-regarded Netflix series of the same name.

Thomas Jane and Ray Stevenson as The Punisher:

Thomas Jane as The Punisher

While Daredevil was watered down for its audience, Jonathan Hensleigh’s The Punisher remained willfully and brutally R-Rated. This is, after all, a superhero driven to action by the wholesale slaughter of his entire family. Thomas Jane did a convincing job as Frank Castle, the military man-turned-vigilante, but he couldn’t make up for the unimaginative revenge plot of the film or the scenery chewing performance by John Travolta as the main baddy, Howard Saint. Jane eventually dropped out of the sequel and was replaced by Ray Stevenson four years later for Punisher: War Zone, a series reboot which hardly anyone saw. Way back in 1989, Dolph Lundgren played The Punisher, too, but that version of the character went straight-to-video, hardly making a blip.

Next year, Ryan Reynolds will put his motor-mouth to use in Deadpool, playing the Merc with a Mouth for a second time, and this time without his lips sewn shut (as they were in X-Men Origins: Wolverine). Deadpool isn’t his first time at the lead of superhero film, but he definitely prefers the suit. In Green Lantern, one of Warner Bros’ many missteps with their DC properties, Reynolds played Hal Jordan as a cocky pilot learning to be responsible with his shiny new ring (the one that makes him a superhero). The film failed to differentiate itself from other superhero films that were released at the same time, and director Martin Campbell couldn’t save the film from the Jordan’s cartoony CGI-fueled space adventures with the Green Lantern Corps. Nevertheless, now that Warner Bros has established a DC Universe in film, we might get another iteration of Green Lantern, possibly starring Tyrese Gibson.

Billy Zane as The Phantom:

Billy Zane as The Phantom

1996 was a funny time in Hollywood. It was a time that straight-to-video action veteran Billy Zane could headline a studio action film, and that’s exactly what he did. The action film in question was The Phantom, an adaptation of a comic strip that had its origins in The Great Depression. The film interpreted The Phantom as a tights-wearing Indiana Jones-type character, traipsing around the jungle and preventing some pirates from getting their hands on some magical skulls that can help them kill their enemies, or something. If you think this sounds a bit like the plot for an Indiana Jones film, you wouldn’t be wrong: just trade out the Skulls of The Phantom for the Sivalinga stones of Temple of Doom.

Back in 1992, Michelle Pfeifer starred as Selina Kyle (aka Catwoman) in Tim Burton’s Batman Returns, wearing ripped a ripped leather outfit that had both Bruce Wayne (Michael Keaton) and The Penguin (Danny DeVito) chasing after her. Meow! Almost immediately, there were discussions about a potential Catwoman spinoff. Unfortunately, Pfeifer hated her catsuit. More auspiciously, the Batman franchise was taken out of Tim Burton’s hands and handed to Joel Schumacher. By the time a Catwoman spinoff happened, 12 years later, both the actor and character had changed. Halle Berry was now Patience Phillips, and her character had little to do with the original DC character. The film was a notorious flop, winning Golden Raspberry Awards for Worst Actress, Worst Director, and Worst Picture. Catwoman didn’t return to the screen except in a much more limited role, played by Anne Hathaway, for The Dark Knight Returns.

Seth Rogen as The Green Hornet

Coming off the success of Knocked Up and Superbad, no one suspected that pudgy funnyman Seth Rogen was superhero material, and when Green Hornet came out, they realized that they were probably right. Though Rogen lost a great deal of weight, he still had to portray the Green Hornet as a hard-partying socialite to make himself believable in the role. To compensate, he hired Taiwanese star Jay Chou to play the Hornet’s sidekick Kato, and Christoph Waltz to chew scenery as a paranoid nogoodnik gangster. Despite an attempt to meld humor and action, the film was an awkward combination of the two, further complicated by the quirky stylistic tics of director Michel Gondry (Eternal Sunshine of the Spotless Mind), who didn’t seem particularly interested in making a conventional superhero film. The result is a schizophrenic (if interesting) failure, and the film’s modest box office revenues ensured there wouldn’t be a sequel.

After Tim Burton’s Batman Returns failed to live up to its predecessor at the box office, Warner Bros’ replaced the Beetlejuice director with someone a little more conventional, Joel Schumacher. Michael Keaton, the controversial Bruce Wayne of Burton’s films, was also replaced. For 1995’s Batman Forever, Val Kilmer would play the Caped Crusader. Though Batman Forever, with its corny dialogue and neon sets, isn’t particularly well-liked by fans, it earned enough at the box office for Warner Bros to green light another entry in the franchise. Kilmer, however, chose not to return due to conflicts with the director, and so ER-star George Clooney was brought on to replace him in Batman & Robin. The result was one of the most reviled superhero films ever made, stopping the Batman series in its tracks until Christopher Nolan rebooted it in 2005’s Batman Begins.

Will Smith as Hancock:

Will Smith as Hancock

By 2008, superhero movies were in full swing, and Hollywood was just starting to riff on the formula with films like My Super Ex-Girlfriend and Kick-Ass. One of the more interesting riffs was Hancock, in which the superhero was re-imagined as an alcoholic homeless man who causes widespread destruction of public property while “saving” people. Starring Will Smith as Hancock, who has super strength, along with the ability to fly and shoot lasers from his eyes, the film imagines superheroes in more a real world context, where somebody has to worry about fixing the infrastructural damage wrought by super-powered men and women. The film was a blockbuster when it came out, earning $620 million worldwide, but it didn’t quite earn enough fans for the studio to bring back superstar Will Smith for a sequel.

These aren’t the only actors who never got the sequel that they planned, but it’s enough that you could perform pretty well if this happened to be the theme of a round of trivia. Perhaps some of our loyal readers can reach a little further back and come up with some even more obscure superhero movies. Let us know in the comments!

More in Movies in Pop Culture