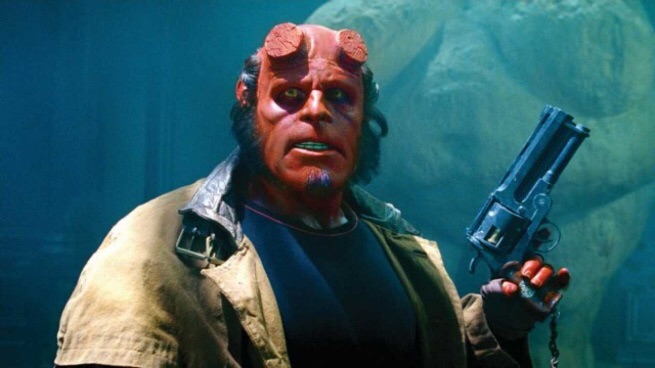 Ron Perlman’s Hellboy III campaign continues with a stop at the Empire Magazine Movie Podcast, where he revealed new plot details about Guillermo del Toro’s plans for the trilogy’s finale.

Even though Perlman doesn’t relish the idea of going through all the makeup and prosthesis work again, he still wants to see the story finished.

“I really feel as though I’m done with the character. I don’t have a burning desire to put that sh*t on again. But Guillermo told me what the resolve of the trilogy would look like, in broad strokes, and it’s such an amazingly theatrical, cinematic idea, that I found it essential that we do it. We were designed to be a trilogy, with a beginning, a middle and an end. We’ve only done two-thirds, so I feel that we’re not really done until we finish it.”

As for the film’s plot, it sounds pretty apocalyptic.

“Holy sh*t, he’s the beast of the Apocalypse. He has to take down civilization. He has to. It’s non-negotiable. That’s the foundation for the story, and that’s why I think it would be a shame if we don’t do it.”

But the most interesting detail has to be that Hellboy and Liz Sherman would have twin children who are all set to help daddy fulfill his destiny.

Sounds interesting enough. Now if someone would just actually make the movie.

More in Movies in Pop Culture