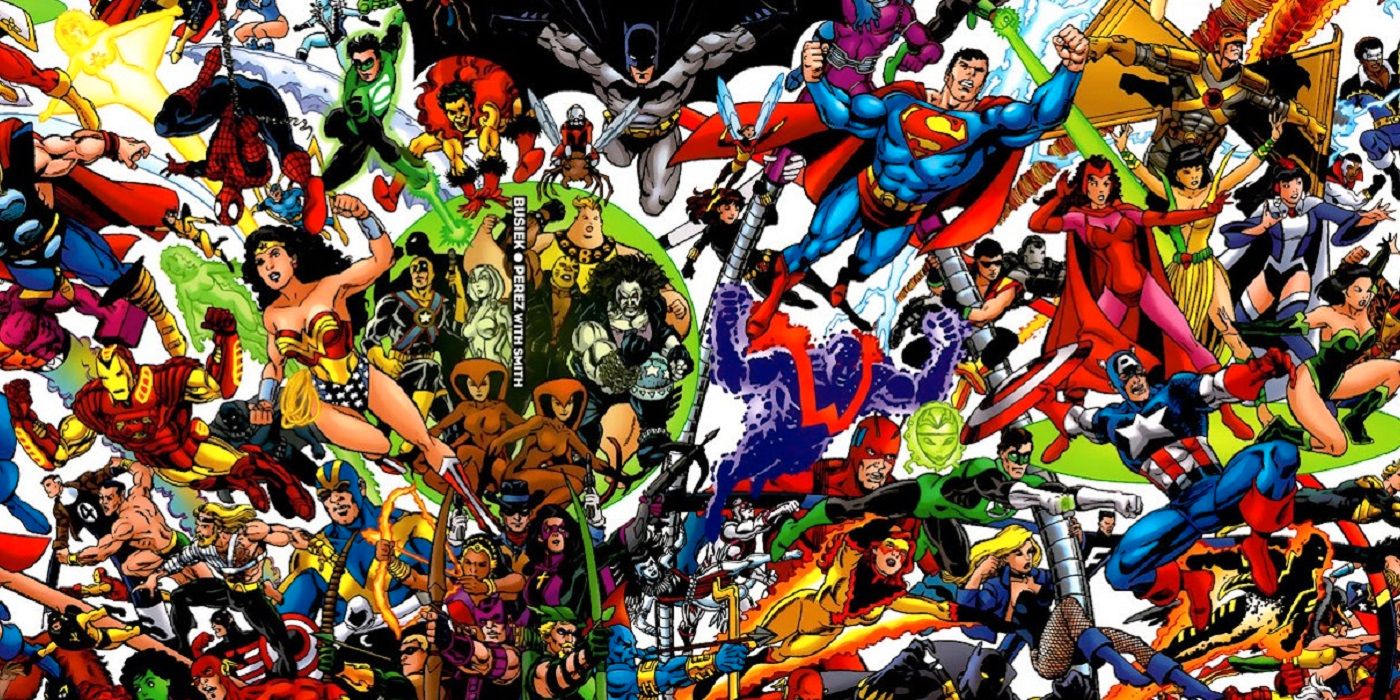 It’s very difficult for me to write this piece and to not take what was said in TIME’s recent article about “Re-examining how we portray Superheroes” personally. To read this article written by someone who a) completely misrepresents the characters she’s writing about; b) has clearly never read these books in her life — takes me back to a time where I felt the world look down its nose at me for loving these stories.

For all my life, and most of the medium’s existence, comics have been sneered at as 2nd rate literature and art. Despite the massive respect shown to artists and writers of Manga in Japan, the American comic book was always viewed as childish and up until recently, their creators were treated like garbage by the creative field. So now, in a time when these characters and creators that I have loved and respected are finally getting the respect they deserve, this Eliana Dockterman tries to tear them down for the opportunity to be topical. It’s infuriating and the sheer lack of education she displays in her work brings to mind the idiom: “write what you know” to mind.

The crux of her argument is a problem with the identity of a superhero being routed in pubic service. She uses this as a way to say that superheroes are effectively cops and as such, they should be put under the same scrutiny. Heroes should stop being romanticized the way we have in pop culture, but for all of her “relevant” rhetoric she uses to try and justify these points, they are hollow words that showcase the writer to be yet another person who just doesn’t understand. The whole point of heroes is romanticization, these characters are meant to embody the best versions of what we can aspire to be. Modern superheroes are just the latest chapter in heroic mythology that spans back all the way to the Epic of Gilgamesh during Ancient Mesopotamia. Heroes are the stars in the sky that, like hopeful children, we can all hope to someday reach.

Heroes embody the strength to overcome adversity and struggle. They embody codes of honor and represent otherwise intangible ideologies that make us want to be better. Superheroes are just the most current form of that narrative and the lessons they try to impart are that selfless service to your fellow man is the path forward to progress and changing the world for the better. So to ignorantly label superheroes as merely fictitious extensions of law enforcement, it’s disingenuous and reaks of ignorance. Sadly though, this is just where the article begins.

As if even she (Dockterman) realized the weak stance of her piece, she then pivots and tries to call out the lack of diversity in comicbook superheroes, which once agian speaks volumes to the writer’s lack of education that she has of these properties and shows that what knows stems from what she has consumed in mainstream media over the past decade. Diversity is in the very DNA of superheroes. Most superheroes were created by 1st or 2nd generation Jewish immigrants whose families had left the mainland of Europe to escape the cyclical patterns of Anti Semitism, which had fosteresd its most recent iteration in the rise of the Nazi pary under Adolph Hitler (a man that TIME, the very publication responsible for this piece, named man of the year in 1938 despite coming to power off a platform focused on scapegoating and spreading hate speech against the entire Jewish Community worldwide). Most of the original wave of superheroes in the Golden Age of comics were created as a direct response. Superman (whose alien name Kal El finds its route in biblical Hebrew) was a champion of the underdog that defended those who could not fend for themselves. Captain America, created by Joe Simon and Jack Kirby, was created to serve as a first shot against Nazi Germany in the impending conflct. However, these characters were just the beginning.

In the Silver Age of comics, Stan Lee created characters to handle more prominent issues. While X-men may not have had its initial influence by the Civil Rights movement, Lee stated the events had subconsciously influenced his writing as Lee created mutants and used their genetically acquired abilities to create diversity and showcase the struggle that people of color faced in a time where America was sadly not ready to accept racial diversity in its leads. But as time went on and the roster expanded, diversity came to the forefront. Captain America was partnered with the first African American superhero The Falcon, not as a sidekick but as an equal partner. Black Panther, which predated the civil rights group, was the king of a remote nation in Africa with technology far more advanced than our own and is a relative Utopia. John Stewart became Hal Jordan’s successor to the mantle of Green Lantern. So the rosters of heroes continued to expand and became more diverse. However, more importantly, those characters were respected.

By the 90s the main X-Men team was lead by Storm, both a strong female character as well as a person of color. An entire generation came to identify John Stewart as THE Green Lantern thanks to the success of the Bruce Timm animated universe through shows like the Justice League. The list of diverse characters from abilities, ethnicities, and genders was massive, but what made them great, what made them respected, were not their cultural or sexual identities. It was their strong, heroic character. That in spite of whatever kind of struggle they faced, they persevered. That no matter what person was in danger, even if just five seconds prior that person was calling them slurs like “filthy mutie,” the heroes would save them because despite all our collective flaws, we each have an untapped potential to secure a better tomorrow, and all of us should be allotted the chance to make good on it and maybe even redeem ourselves from the person we once were. But if you read this Time article, it’s very clear that this “journalist” has not and does not understand this, nor does she care to even make that attempt.

Superheroes provide us with many things: a representation of the best we can accomplish as human beings; a message of selfless service to our community, and an escape to a romantic world of fantasy where good triumphs over evil through sheer tenacity and willpower. If Eliana Dockterman understood a fraction of those things, well we likely wouldn’t be having this conversation because she wouldn’t have chosen this hollow soapbox to stand on, and crash through.

REVIEW: ‘Scream, Queen: My Nightmare On Elm Street’
The Subtley Of Fading – ‘A Deadly Legend’ Review