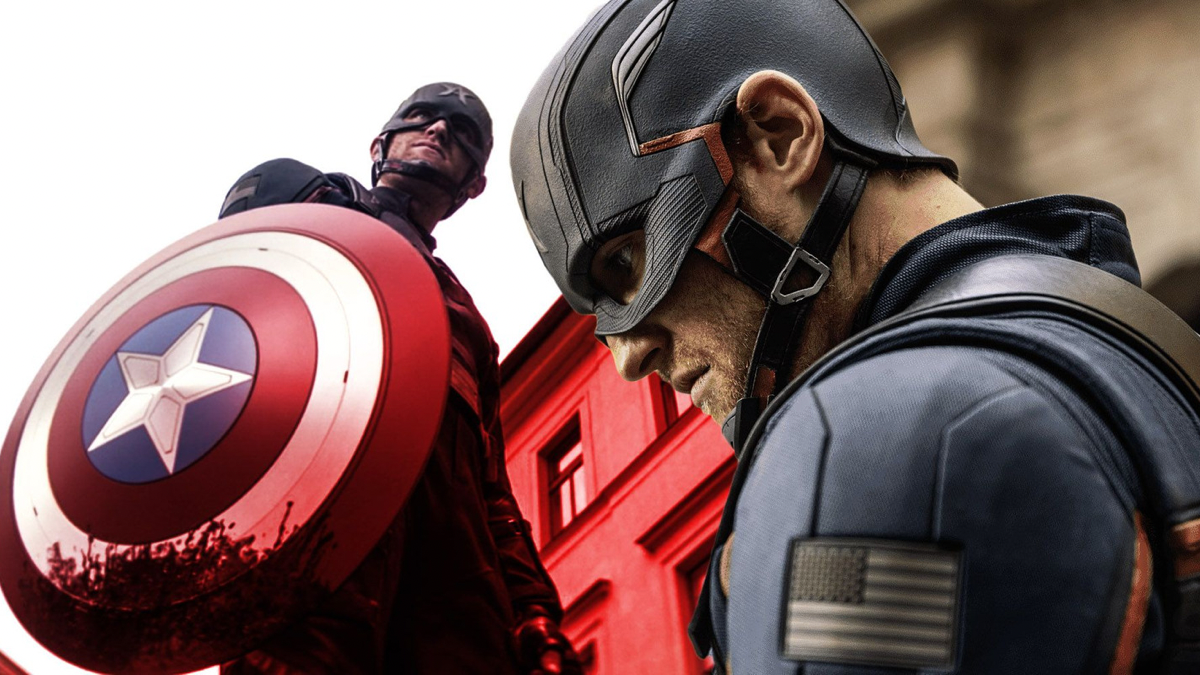 Being a Legacy character is daunting. There are expectations, there are constant comparisons, and every shortcoming that legacy character has will be point out to like a sore thumb. But imagine if you were a Legacy character that was never really attached to the legacy, that had no connection to the original whatsoever. What if instead of being chosen as the successor to the mantle by the previous holder, an outside entity placed that burden onto someone. This was the case for one John Walker in Marvel’s The Falcon and The Winter Soldier, and I am here to talk about how this character was poorly judged by us all. John Walker entered The Falcon and the Winter Soldier under more scrutiny than any character could have even imagined. At the end of the first episode, we as the general audience were poised to despise him (a job they did so well that Wyatt Russel, the actor playing Walker, received multiple bouts of hate mail and even a threat or two on his life). Here is this imposter, this stranger donning this symbol that had resonated with us for a decade of storytelling. A symbol that had been passed down by it’s originator to someone else entirely. John Walker was the focus of the general audiences’ hate, and admittedly even my own at the end of the first episode. That fire roared even harder as he looked at us through the camera in that star spangled uniform, with Steve’s Shield, smiled and winked at us through the camera, and it would have been so easy to just continue down that path. It would have been so easy to just make John effectively Homelander Marvel Edition (which his comic counterpart is frankly not too far off depending on the writing team): an evil, racist man, that embodies what the writers view as the “truth” of America, and for the laziness of that obvious direction alone, I was ready to hate him. But then something happened. John Walker spoke his first lines in the MCU, and my mind imploded at the realization: We Were Wrong.

I’ve been a Captain before… obviously, but this is different. Everyone in the world expects me to be… something- and I don’t want to fail them.

John Walker, The Falcon and the Winter Soldier Episode 2 The Star Spangled Man

I heard John Walker speak for the first time and saw not the lazily wicked charicature I had expected, but instead I saw an earnest man, a good man and a good soldier, who was chosen to take on this immense responsibility by upholding the mantle of one of the most sacred symbols that the country has in this universe, and as the episode continued on we see John’s character showcased time and again. We hear about his military record, a man decorated with the highest honor one can achieve in any branch of service, and to have earned it multiple times (something that is flat out not possible in the actual military, but hey, it’s Hollywood). We see him and his partner Battlestar save Sam and Bucky from the Flag Smashers. We see John constantly offer olive branches to the pair of titular heroes, only for them to rebuke him time and again, and even by the end of the episode where John sternly tells the two to stay out of his way, he doesn’t try and impede them on what they are trying to do, he effectively cuts his losses and proceeds forward on his own. So by the end of this episode alone, I could tell just how wrong we were and as the series progressed, John’s arch continued to be the most compelling thing about this show to me. However, as I looked around, I found myself being a part of a small minority thinking this way.

I saw people continue to rag on this character, completely missing the point. People complained he was too showboaty, despite missing the point that the theatrics are part of what inspire people and that even Steve recognized this fact (Steve started off in the MCU as a war bonds salesmen effectively, and even after the Avengers wasn’t against doing educational videos where the sole purpose was using his identity as Cap to inspire children to do the right thing in school as seen in the MCU Spider-Man films). People were going so far as to call John evil, and I was wondering if people were watching the same show I was. The John I saw onscreen was a good, and to many even, a great man who on paper fit the bill for this mantle perfectly. His distinguishments in the line of duty speak for themselves. The people that we see closest to John have nothing but the utmost love and respect for him and believe in him with every fiber of their being, and if he were any bit of the things people accused him of from the audience perspective, that wouldn’t be the case. However, on paper is just that: ON PAPER. Steve Rogers defined what Captain America was supposed to be, but that identity as Cap was never something that took away from him being Steve Rogers. To John, and even Sam, the legacy of what Steve set forth creates an impossible standard to live up to, it completely overshadows who they are personally, and John is actively being crushed by the weight of this mantle throughout the entire show, or rather the fact that despite all his efforts, despite his determination to get out there and “do the job”, John is doing the very thing that he feared in that first line he ever spoke: He is Failing.

John’s a normal man for all intents and purposes, and is constantly coming up short. He’s being outwitted by the Flag Smashers, and people don’t accept him in the role he has been artificially placed in. Despite years of training and being a member of the elite echelon of Military service, he is being constantly outclassed by opponents that demand more ability than he posseses. He is constantly trying to prove himself, but at the end of the day as much as he claims to be Captain America, those claims come across as hollow, which leads him to make a decision which I feel serves as the climax for the entire show: he takes the risk of becoming unstable by taking the Super Soldier serum, and after the loss of Battlestar on the field, John Walker cements his legacy of Captain America by smashing in the chest cavity of a seemingly unarmed man (I say seemingly because this man was at the end of the day a Super Soldier himself and a member of the Flag Smasher Terrorist organization, so he very easily could have defended himself or put up a fight) around a bunch of specators.

After his fight with Sam and Bucky in episode 5 The Truth, I was fully expecting for the creators to do John in the way that the audience had since episode one during the finale. I was pretty convinced that John would likely end up killing Karli in a revenge fuelled rage and turn over as a full on heel, maybe even becoming this universe’s Hydra Cap. It’s kind of sad that Marvel has come this far down the totem poll for me where those are the kind of decisions I have come to expect, but I’ll be damned if they didn’t both surprise me and make me happy, because in the finale they SHOW what they had told us about John back in episode four when John talked to his partner and best friend Lemarr (Battlestar) about the serum:

Lemarr: Power just makes people more themselves, right? Karli Morgenthau, Steve Rogers…
John: and me?
Lemarr: YOU already have 3 medals of honor. YOU consistently make the right decisions in the heat of battle… God- imagine how many lives we could have saved that day if we had that serum

And so when John has the chance to either chase Karli and get revenge for killing his best friend (a life that she equated to being meaningless just 5 minutes prior), or stopping the vehicle filled with hostages Karli had set on path to drive over a ledge and have all the people killed, John makes the right call and tries to save the people instead. John Walker’s legacy in the MCU is about choosing life over vengeance. John Walker’s legacy in the MCU is that of a hero. He may be rough around the edges, but at his heart John Walker is the man that makes the right call and when push comes to shove, his duty is the preservation of life, and I honestly couldn’t have been more surprised or happy with the result. It would have been so easy to make John evil, it would have served a lot of the other narratives they were trying to spin, but at the end of the day they chose a harder path, the path of showcasing that John was a hero too, just not the one we were expecting. Hopefully, we see more of Wyatt Russel’s John Walker in a US Agent solo spinoff, until then go and watch The Falcon and The Winter Soldier only on Disney+.

DC Future State – Infinite Frontier: What threads are being followed from the 2021 Event?
Should Marvel Bring Back Cancelled Netflix Marvel Characters Under The “MAX” Banner?