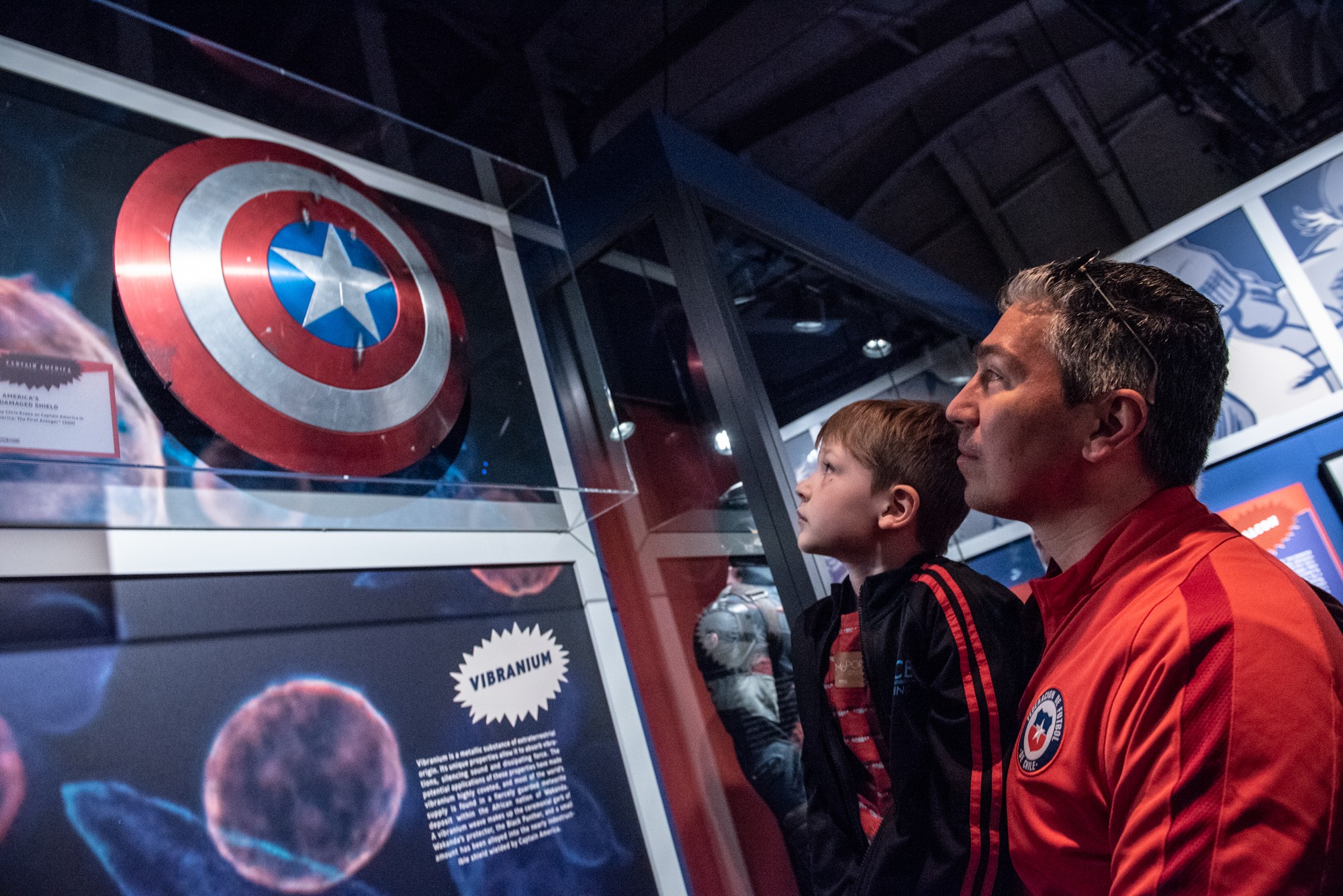 The growth of the comic book industry has undoubtedly been exponential over the last decade alone, and while certain franchises such as The Marvel Cinematic Universe, or the DC Universe that started with Arrow have certainly done their part in that exclusive growth, companies such as Marvel have not held back from expanding further along with new stories and characters through the format of the comic book itself. Due to this extremely rich history, which reaches as far back as the beginning of the twentieth century, the Marvel: Universe Of Super Heroes Exhibition has created an incredibly interactive presentation that not only highlights the incredible road of Marvel, but also the future of the brand itself.

The panel is hosted by Patrick Earread, Associate Curator of the Marvel: Universe of Super Heroes Exhibition, Head Curator, Professor Benjamin Saunders (Head of Comics and Cartoon Studies, University of Oregon), and Co-Producer Brian Crosby (Creative Director, Marvel Themed Entertainment). Starting at the Museum of Pop Culture in Seattle in 2018 and now moved to the Museum of Science and Industry in Chicago, the Marvel: Universe of Super Heroes Exhibition is primarily focused on showcasing the collections of many Marvel memorabilia whilst also trying to create an interactive narrative to make the exhibition one of the most unique in the world, particularly highlighted as the “Marvel Story”. The goal in mind for the showcase was to expand on the separation from Marvel Comics, Marvel Studios, and Marvel games and bridge-the-gap so that it becomes one cohesive environment. The integration of Ben Grimm/The Thing stage with a digitized-sequence background where other heroes may “photobomb” those who attend a photo-op for that stage was one of the examples highlighted during the panel.

One of the main inspirations for the exhibit itself was “Marvels” by Kurt Busiek and Alex Ross, which follows the story of a journalist during the Marvel-era of heroes and really gives a nuanced and grounded understanding of this incredible universe. Professor Saunder describes the experience as “falling into a page”, as well as exposing the tangibility of seeing the artwork prior to inking or even penciling, giving the exhibition a historic feel. Brian Crosby briefly touched-on his history working with different Disney intellectual properties such as Star Wars, The Pirates Of The Caribbean, Alice In Wonderland, and most importantly with Marvel Studios, in particular Executive Producer Joe Quesada, and how it was important for Crosby to not only exploit the history and stories for Marvel but to give them an amusement park dynamic.

The Marvel: Universe of Super Heroes Exhibition is one of the most intriguing exhibitions a fan could get a look towards. Considering the exhibition is entering its fourth year of service, it should become one of the most sought-after comic book experiences in the world. Personally, I can say that, when the world calms down, I will be making my way to the exhibit in Chicago.