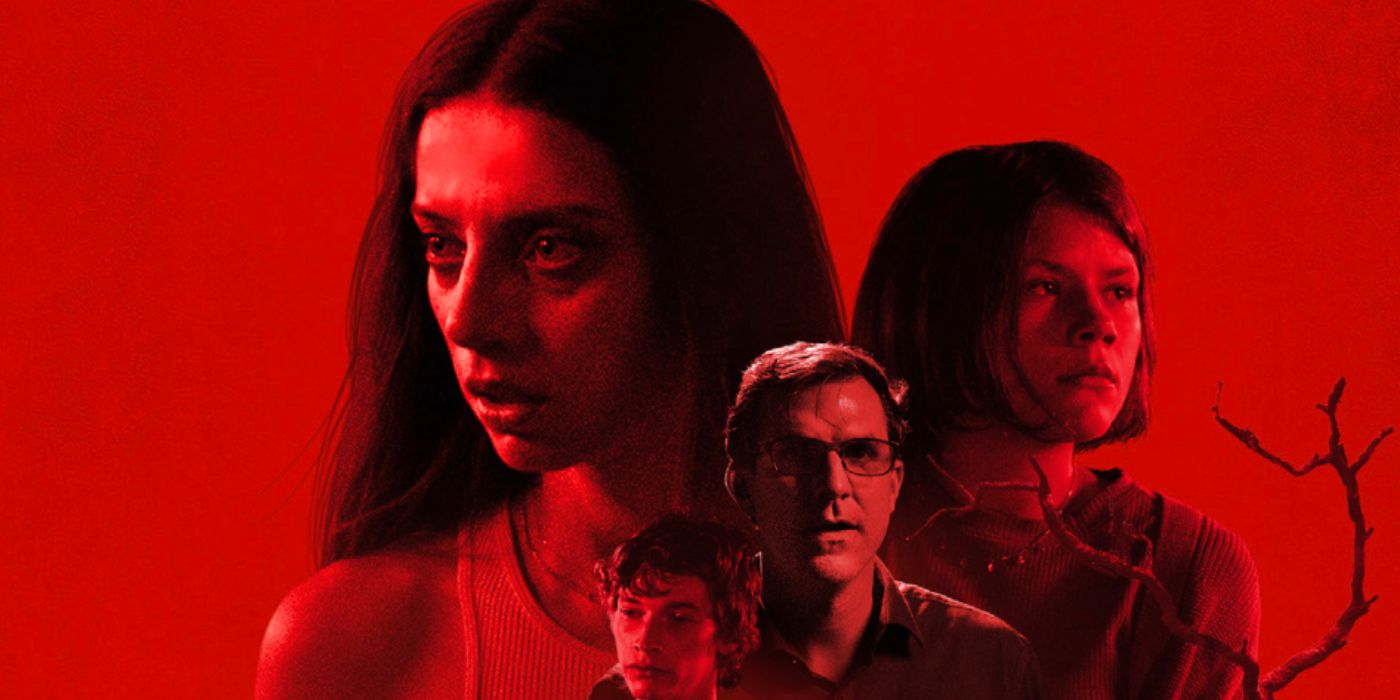 As mentioned, this film is the first of eight collaborations between Epix, and Blumhouse, A House On The Bayou is Directed and Witten by Alex McAuley (Don’t Tell A Soul, Flower), and tells the story of a troubled husband and wife, trying to reconnect with themselves and their daughter by taking a holiday at house out in the Louisiana Bayou. Their Family values soon become challenged when unexpected visitors begin to impede on their vacation, and the holiday falls apart.

The two standout performances are Angela Sarafyan’s Jessica Chambers, and Jacob Lofland’s Isaac. Sarafyan does an excellent job of portraying a spiteful wife desperate on keeping her Family together, and willing to do so in such a way that really has you sympathizing with her love towards her husband, and daughter. Whereas Lofland makes a career-highliting performance as the mysterious, and sinister boy from the Bayou. Hitting such a mark on the opposite side of any other performance in the film, Isaac’s character dominates every second he is on screen, which is admirable because audience members are likely to feel as though he is just playing “creep” when he is first introduced. Paul Schneider’s John Chambers, Lia McHugh’s Anna Chambers, and Doug Van Liew’s GrandPappi round-out the majority of the cast, all providing really strong performances that will add to ongoing feeling of tension and intensity a small film such as this needed to succeed.

While A House On The Bayou does manage to find the right balance of it’s thrilling and prophetic themes throughout the majority of it’s 90-minute runtime, the story can feel a little exhausted by the end. For the majority of all three-acts, the subtly of the story is what holds the structure of the film from getting boring, and while not clichéd, the ending dissapates any great sense of mystery and tension that had been set-up quite creatively before. It could be argued that the film’s soundtrack editing is questionable, as the odd use of 80’s-synth during only certain sequences clashed with the film. McAuley does a few interesting tricks with the surroundings of the setting, while also using the most of Lyn Moncrief’s (The Wind, Sway) amazing cinematography.

A House In The Bayou is a small, but more than serviceable thriller, with tastes of the supernatural, that, up until the end, benefits highly from it’s own subtleties, and awareness. This will be one for audiences to take in when it premieres November 19, 2021 on EPIX and for digital purchase via Paramount Home Entertainment.

The Character We Were All Wrong About: An In Depth Look At The Falcon & The Winter Soldier’s John Walker