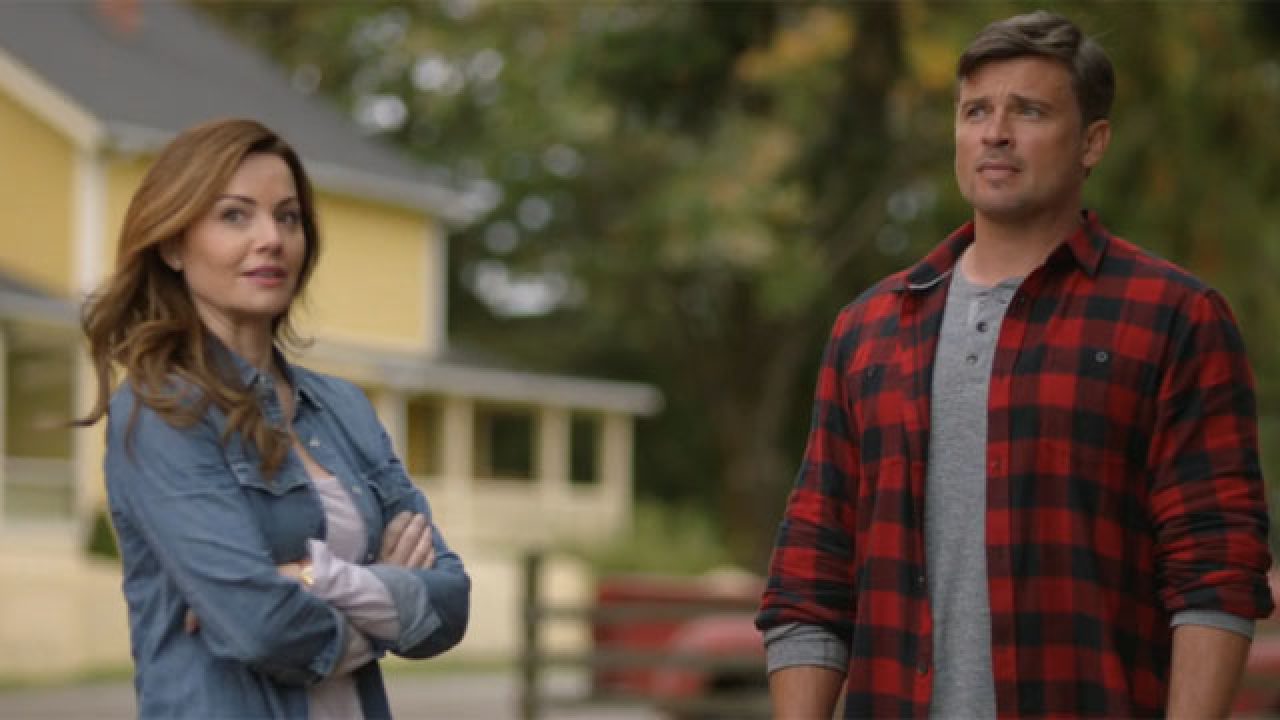 For many years fans of the Arrowverse have begged for even the smallest of cameos from Tom Welling who played the CW’s original super hero Clark Kent on Smallville. The fans finally got there wish on the CW’s Crisis On Infinite Earths, with Welling appearing in an episode of the massive crossover — while it wasn’t the fabled scene featuring a team up of three Supermen that Arrow producer Marc Guggenheim teased, it was still a worthwhile and memorable cameo. For me and I’m sure many other fans of Smallville Welling’s cameo didn’t fully scratch the itch we had to see him return as Clark Kent/Superman, but maybe a Story line introduced in Superman and Lois, as well as other Arrowverse shows, could pave the way for Tom Welling to return.

In the first season of Batwoman, Kate Kane discovers that after the Crisis On Infinite Earths a doppelganger of her twin sister Alice was displaced onto Earth Prime after the death of the multiverse. On Superman and Lois, Superman’s new nemesis Captain Luthor is also a universe displaced refugee on Earth Prime. Although, whether this is due to the events of Crisis or ties into his war with the seemingly evil Superman from his home world, has yet to be seen. Nonetheless, Earth Prime being home to people who either lost their earth or can no longer return to it seems to be an ongoing story line in the Arrowverse and could potentially be a way to have Tom welling return. When we last saw Welling’s Clark, it was revealed his earth was Earth 167 and that Clark had given up his abilities to raise his family alongside Lois Lane Portrayed by Erica Durance. We didn’t see Welling’s Clark again following the death and rebirth of the multiverse, but it would be an interesting twist to find that he too had been stranded in the Arrowverse. The show could have Welling portray a version of “Clark White,” who in the comics was Superman from earth Prime stranded in the New 52 Universe. In this version, Clark on the surname White as to not raise suspicion about there being two Clark Kents.

In Superman and Lois, Hoechlin’s Clark tries to find the balance in his super hero and family life that Welling’s Clark never did — instead opting to quit being Superman on his earth to spend time with his daughters and Lois. A plotline to reintroduce Welling’s Clark could see Hoechlin’s version suddenly finding that he has more time to spend with his family because a mysterious new Superman is stopping disasters before he can. This would be similar to how the New 52 Superman discovered Pre-New 52 Superman’s presence in the comics. Welling’s Superman could become extremely proactive due to feelings of guilt because he didn’t have his powers during the events of Crisis, addressing a complaint fans had about Clark’s Portrayal in Crisis. Having the Welling’s version of Clark help the Superman and Lois iteration spend more time with his children, while also having the Hoechiln Clark help the former return to his world and family — inspiring him to continue to being Superman on Earth 167. This would make for a great story, one I could see being the basis of Superman and Lois second season. When the Smallville Clark ultimately went home we could see cameos from other Smallville alumni, such as Lois Lane and Lex Luthor played by Erica Durance and Michael Rosenbaum, respectively.

Do you want to see Tom Welling return to the Arrowverse? Did you like his cameo in Crisis and feel it was enough? Does Marc Guggenheim owe us that SuperMEN scene? Let us know in the comments and always thanks for reading Up Your Geek!