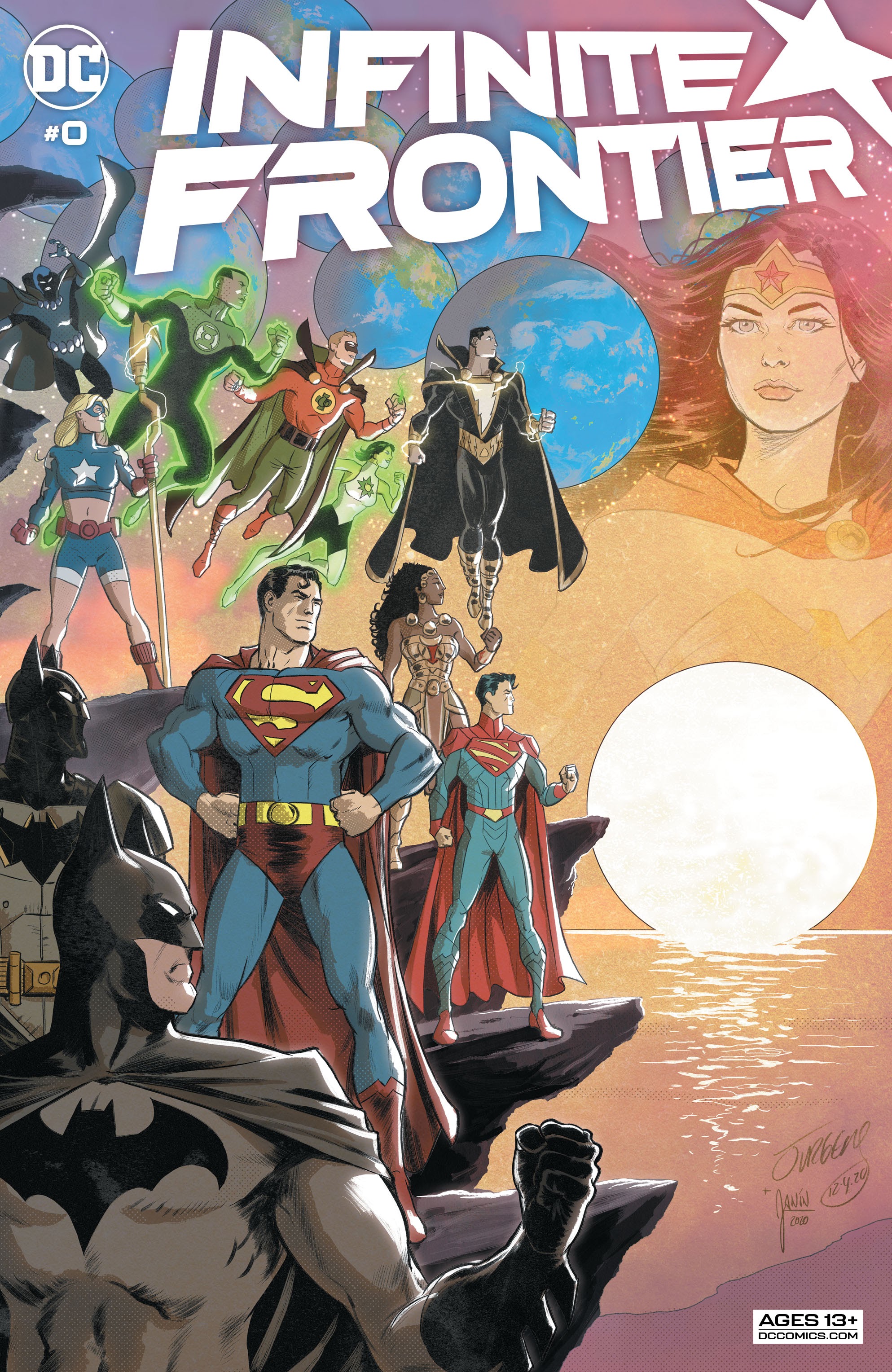 It has been a couple months since Future State ended and Infinite Frontiers began. Since then, we have seen the titles from DC pick the threads that Future State started partway on. Various storylines followed similar issues, like the Bat family dealing with the Magistrate, a paramilitary police force in Gotham’s future. We also see that ay a certain point humanity dies off as we see in Swamp Thing and Immortal Wonder Woman. Another being the midpoint of these two threads that explains how close Earth came to global extinction but how they managed to stop and begin to heal the planet as we see mentioned in Superman/Wonder Woman and Justice League.

These various threads helped to pull Future State’s timeline into a cohesive narrative that made it feel like giant two-month long story. Now, as the DCU tries to grasp the new status quo of an infinite Omniverse, the threads we saw in Future State have now had the seeds planted and fans will see if those threads continue to their Future State destinations or if the timeline diverges to a new future. So, let us look at the present DCU and see where they are going in regard to their Future State futures.

So, the stories of Future State that handled anyone in or adjacent to the Bat family all had to deal with new status quo of Gotham: No Masked Vigilantes. Anyone seem wearing any sort of mask is deemed a criminal and immediately hunted down by the Peacekeepers. The Peacekeepers are basically sheriffs of Gotham City, each with their own jurisdiction and they rule their sections ruthlessly. Various run ins with the Peacekeepers shows they are relentless in their hunt of Masks and anyone who aids them. How did the Magistrate obtain the power it has over the city? Police are only used for normal crime and it seems to be that almost everyone is fine with this if the chaos vigilantes and villains remains a thing of the past.

Worst of all, it would appear that Batman is dead…at least as far as the public is aware. In his place, a new Batman has risen to watch over Gotham. Tim “Jace” Fox has picked up the mantle and with honor, makes sure the Batman is a symbol for the oppressed. From here, the Bat family each deal with the Magistrate in their own way without Bruce to lead the way.

In the distant future, we see that the planet was awfully close to reaching the point of no return. This is revealed in Superman/Wonder Woman as Jon mentions that as a planet, they came together to hold back the natural disasters that would have devastated humanity. However, it would seem to have been in vain as other titles showcase a world devoid of human life. Now this has not become a story thread in the present day DCU but being that a couple titles brought it up (aforementioned Superman/Wonder Woman title) but also in Swamp Thing and Immortal Wonder Woman, it’s safe to assume it’ll be brought up at some point.

One of the threads I personally was excited to see get worked on was the Warworld arc featured in Future State: Superman: Worlds of War. There, we see Superman has devoted himself to the arena battles of Warworld, determined to remain there until every single slave is freed. It would appear that Superman has been there for a while as evident by his greying temples.

In present day DCU, we are just now witnessing this thread be pulled as Mongul is told Superman is the key to understanding the lost secrets of Warworld, just as Superman is planning a trip to Warworld to save all the enslaved combatants. But right as that thread is picked up on, we see another one that was set up in Future State: House of El. In that future, we see Superman’s legacy has expanded to become an entire family of his descendants. Various Kryptonian descendants from couplings of Kryptonian/Human and other alien mixing have created a House similar to those in Game or Thrones.

The House of El regards Superman as a mythological figure by some and by others an actual person who existed aa this takes places way down the timeline. In the present day, as the ships of Warworld attack Superman’s Fortress of Solitude, he hears the ancient prayers of Kryptonian and he finds out there are a couple Kryptonians on board one of the ships. This very much seems to be the beginning of the House of El amidst the Warworld story being unfolded.

Lastly, we see the threads of Titans Academy and its doomed future being fulfilled. In the future, the Academy set up by the original Teen Titans roster is in rubbles, with various members dead and a Shazam left on a extremely difficult journey. At the center of this tragedy is Red X, Nightwing’s former secret identity that is now being co-opted by a mysterious student of the academy.

In the present, we see this person has begun the beginnings of their plan and we know that Shazam’s upcoming miniseries will pick up on how he ends up in the predicament he is in in Future State. There, we see he has had to make the difficult choice of leaving Billy in Hell to stave off a demon from leaving and staying as Shazam on Earth, causing him to suffer from a disconnect to the remaining Titans members and grow darker.

It remains a mystery if these threads will become a definitive future or if the timeline will deviate into a brighter, more hopeful future. For the time being, it would seem the DCU is on course for what will be some of the hardest challenges these heroes may have ever encountered, as these obstacles are not only physically demanding, but emotionally as well.

More Than Just The Black Panther: Remembering Chadwick Boseman – The Man
The Character We Were All Wrong About: An In Depth Look At The Falcon & The Winter Soldier’s John Walker