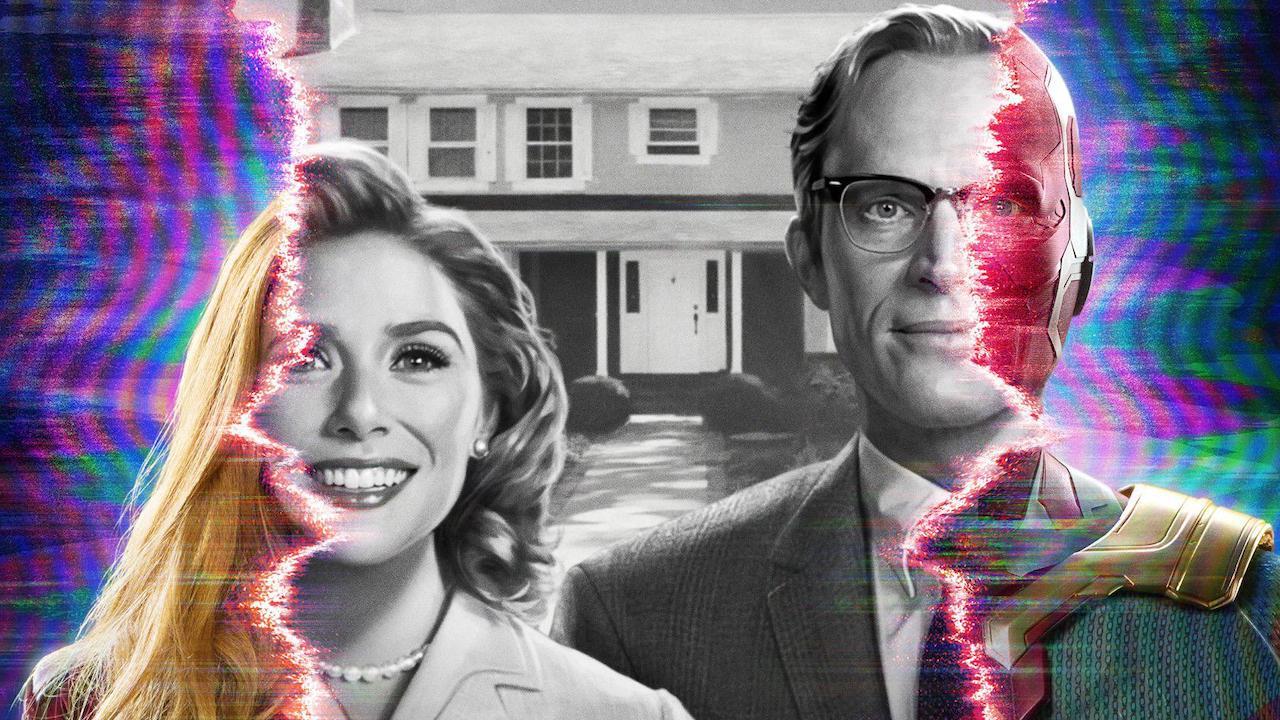 WandaVision is a miniseries that takes place three weeks after the events of Endgame, and how Wanda is coping with the death of Vision by creating an “alternate reality” where she is living the married life with Vision that changes decades in each passing episode. In short, it focuses primarily on Wanda and her trying to overcome the loss of Vision. There were many theories about what would happen or who could be the villain while the show was airing. One of the two most popular theories were Mephisto being the villain and WandaVision being the MCU project that will introduce the multiverse. Both those theories were disproven as the show went on and when the series ended. Now, I will not automatically detest WandaVision for not going through with fan theories nor will I give it a negative review because of that. The show has issues overall, but not because of the fan theories, more so because it failed to achieve what the show tried to do. It tried to show us grief and how a person deals with the passing of a loved one. It’s all about Wanda and her evolution towards being the Scarlet Witch.

The series started off painfully slow and somewhat dull. At best, the first two episodes were average. There was nothing special going on. It felt like a filler episode of Dragon Ball Z. To be more positive, I will applaud the way they imitated the sitcoms of the 1950s and 1960s, but that would be the only thing. Seriously, not much was going on until the end of episode two when Wanda saw someone come into the Hex that is Westview, New Jersey and decided to revert time before the person came into the Hex. When she did that, she jumped into the 1970s and that’s when we got episode three. Again, not much going on except for watching the hijinks of Wanda and Vision to try and cover up Wanda’s pregnancy from everyone. That was pretty much the whole episode. Once again, not much happened until the end when Monica breaks the enchantment and mentions Ultron and Quicksilver. Wanda throws her away into the real world where we see that they’ve been observing Wanda. This is also the episode where Vision finally suspects something is off when he confronts the neighbors and they behave suspiciously. The third episode was an improvement from the first two, but that’s not saying much. Next is where the fun begins.

Episode four felt like a fresh breath of air. It opens up with what happens during the events of Endgame and the effect the snap had when it brought back the people after the five year gap. We get to see what happens before the events of WandaVision and what happens during those events, and how she was being observed this whole time. It focuses primarily on the side characters of Jimmy Woo, Darcy Lewis, and Monica Rambeau. It’s pretty much a filler episode, but a slightly entertaining one at that. Episode five gives us a deeper look into what’s happening in Westview, dealing with the twins growing up, and Vision picking up that the life he leads is all a ruse. Wanda’s argument with Vision at the end felt very real. Elizabeth Olsen and Paul Bettany’s chemistry and acting is very well done. Episode five is probably one of the best as it has the best ending to the other episodes.

Episode six is a Halloween episode and it includes Pietro Maximoff, played by Evan Peters. That’s right, the Fox X-Men Quicksilver is now in the MCU. This is what lead to speculations of Marvel trying to introduce the multiverse, but more on this later. It has one of the best endings of the series so far. Vision tries to go out into the real world only to be disintegrating once he escapes the Hex as he is dead in the real world, and Wanda expanding the Hex – showing how powerful she can be. Not to mention when she leaves the Hex to threaten the SWORD agents in the previous episode was great as well. The inclusion of the characters dressing up in their comic accurate suits was a nice touch. Overall, these episodes were some of the best in the series.

From here, we go back to being mid. By mid, I mean average – with the exception of one episode. Episode seven takes place in the 2000s and has the characters break the fourth wall by having Wanda speak directly to the camera. One of the highlights of the episode is the way Wanda is losing control of her powers and has things change inside the house. The special effects were pretty good in the episode, and we finally discover the big bad – It was Agatha all along. Episode eight is the best of the three in my opinion. I love how we get to explore the backstory of Wanda and see why she became the way she is, and also what happened during the lab at SWORD. Olsen’s acting in this episode is top notch. I loved the way they showed Vision bonding with Wanda due to them being alone. This episode was pure brilliance.

Episode nine was alright. Wanda finally wears a magnificent suit that encapsulates the feel of it being a movie suit as opposed to a suit made for a show. She fights Agatha as Vision battles another Vision. The battle between Vision vs Vision was shorter than Wanda vs Agatha, and the special effects were really good here during the final fight scene. Agatha tries to have Wanda give up her power to her, but Wanda overcomes and defeats Agatha. Wanda locks her up in the Hex and makes her become the nosy neighbor for… eternity? It is never revealed, but the ending was very emotional. The fight scene between Wanda and Agatha and the end when Wanda accepts that Vision is gone and has to let go were the best moments of the episode.

One of the things the show never explored further was Quicksilver. It turns out that after episode six, he is nowhere to be seen until the end of episode seven in a mid credits scene. After that? Not a single peep until episode nine, and only for one scene. It is revealed that Pietro Maximoff is a random citizen known as Ralph Bohner. All the build up for a boner joke. I wish I were joking, but this is one criticism that I have of the MCU. They always have to have jokes, even in serious moments. The way they massacred Quicksilver like this is a crime. Why cast Evan Peters and get fans’ hopes up? Paul Bettany didn’t help either when he said that there would be a cameo of Luke Skywalker proportions in the show. My best guess is that this was supposed to be that cameo, but it was unfortunately spoiled early on. I didn’t mind Mephisto. Let the writers of the show do what they please, but some people have the right to be disappointed with the finale. There were some Twitter reactions to the show as well.

I’m glad there were some people who enjoyed the show, and you could say I was one of them in a way. I enjoyed some episodes, but not the show as a whole. I thought it was alright. It wasn’t bad, but wasn’t great either. Just in between, and others feel that way as well. The ones who didn’t like it were most likely being hyped up along the way with the fan theories. The ones who liked the show pointed out that it wasn’t about introducing the multiverse to the MCU, but more so about Wanda and her overcoming the loss of Vision. How did she deal with it? She kidnapped people and forced them to live in Westview. It wasn’t until the end when she realized what she created. She set the people free, of course, but the whole point was growing and evolving over the experience. That was the entire point of the finale, but by the end credits we see Wanda practicing magic and she hears the twins crying out for help and decides to go back, thus she didn’t really learn anything at all by the end. In the end, a limited series is supposed to captivate you in the first few episodes, but I didn’t feel invested in it til the end of the third episode and the start of the fourth episode. There were some great episodes sprinkled in, but 4 great episodes doesn’t make up for 5 mediocre to average episodes.

Kenan – Review
Opinion: Why Tom Welling Should Return To The Arrowverse On Superman & Lois