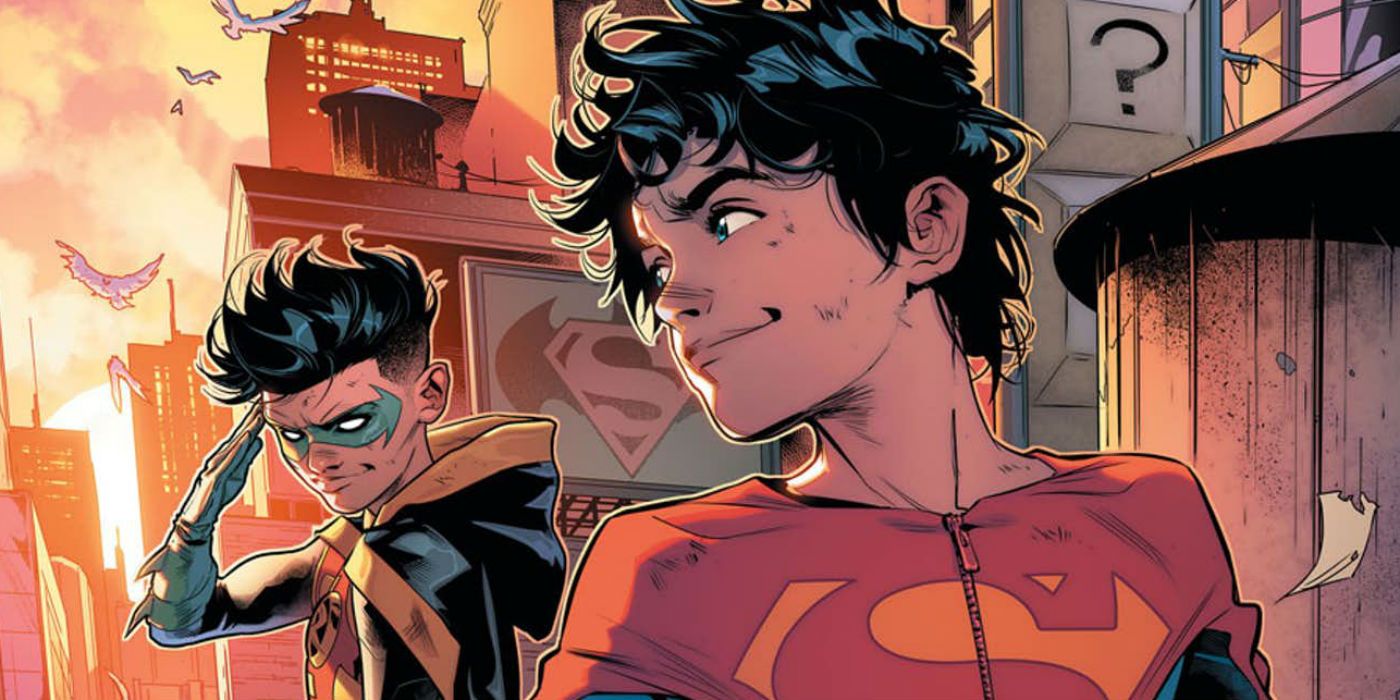 Young Justice has had perhaps the most interesting Journey of any animated series that adapts the DC Comics Universe. First premiering in 2010 on Cartoon Network, the series was cancelled after two seasons, ending on a cliffhanger. Fans of the series protested its cancellation and campaigned for the shows revival for years until Warner Bros announced that the show would be given a third season on the brand new DC Universe App. The third season was well received by fans but when the DC universe app was shelved, the series moved to its current home on HBO MAX. The fourth Season of the series has received praise from fans for its in-depth storytelling and mature tone, but the series hasn’t been marketed as heavily as its live action counterpart Titans. Also, HBO MAX’s lack of being in certain regions has prevented many fans from seeing the new season. Perhaps because of those reasons series Co-Creator and producer Greg Weisman has taken to social media multiple times in recent months to ask fans to continue binging Young Justice previous seasons to ensure the show will be renewed once again. This isn’t the first time Weisman has called on fans of the series through his social media accounts. After the show’s third season, the producer asked fans to help ensure its fourth by bing watching—only this time it may not help. Because of this Seasons’s storytelling style; individual storylines that only came together towards the mid-way point of the season; a lack of an ending to the overarching story told since season one; along with the shows history of being near cancellation—some fans have shown disinterest in fighting to keep the show alive.

HBO MAX’s marketing for the Young Justice was so minimal, that some long time fans of the series were unaware the fourth season had even started. If Young Justice is nearing its end, I don’t want to see it go out in a tasteless way, left on a cliffhanger with the story left unfinished. I think there’s a way for Young Justice to both get closure and for fans to get a continuation of the story, while also giving HBO MAX an all new show directed at all ages. They can accomplish this by doing a Super-Sons Animated series.

Both Damian Wayne and Jon Kent were introduced to Young Justice fans in the third season of the series as toddlers, Jon usually shown in the care of his mother Lois Lane and Damian under the watchful eye of his mother and the remnants of the old League of Shadows. In Season Four, young Jon Kent had to learn about accepting the death of a loved one, which was explained by his father Superman after Conner Kent’s apparent demise. Damian is no doubt getting very different lessons from about life and lost from his mother and grandfather Talia and Ra’s Al Ghul. Damien will likely have more lessons in store for him in the future from the remnants of the League of Shadows. If recent scenes are any indication we could continue to see the growth of Jon and Damian, as the show could be setting up the two as its endgame, being the first of the next generation of heroes—continuing the trend of legacy that’s always been at the center of Young Justice. If Young justice were to come to an end with season five, and there was another significant time jump, Young Justice could end with The “Team” passing on the torch to the Super-Sons. Season five wouldn’t have to be the end of their stories. A Super-Sons animated series would be perfect to fill the void. Warner Bros has already announced a Battle of The Super-Sons, a Super-Sons Animated film-—A weekly series could get even more attention. With the connection to Young Justice a potential Super-Sons series would have a rich canonical world to play in.

A Super-Sons Series could also help the Young Justice Universe return to its original target audiences, the youth or teens. Seasons one and two of Young Justice had the feel of a coming of age story—the growing pains of being a kid with the added pressure of being a super hero. By the time season three premiered, the original cast (who still play a front and center role in the series) are all now Young adults dealing with adult issues. Because of this, the show has grown darker and more mature. A series with Damian Wayne and Jon Kent could have the spirit of those older seasons. The new series could bring in a younger new audience, while retaining the old fanbase by keeping Super-Sons in the same continuity as Young Justice—bringing back OG members of the team in new mentor roles, e.g., Dick Grayson as Batman. A younger audience could also mean toy sales for the series, something Young Justice struggled with and potentially had a hand in its original cancellation.

I’d like to see Young Justice go out with grace and not be cancelled leaving fans unfulfilled due to the lack of a proper ending. Ending the series before it comes to that and creating a spin-off Super-Sons series could be the answer, but what do you think fellow Young Justice fans? Let us know in the comments and as always Thank You for reading Up Your Geek!

‘Futurama’ Set For Revival At Hulu, Bender To Be Recast
‘Spider-Man: No Way Home’ Unseats ‘Avatar’ At Domestic Box Office