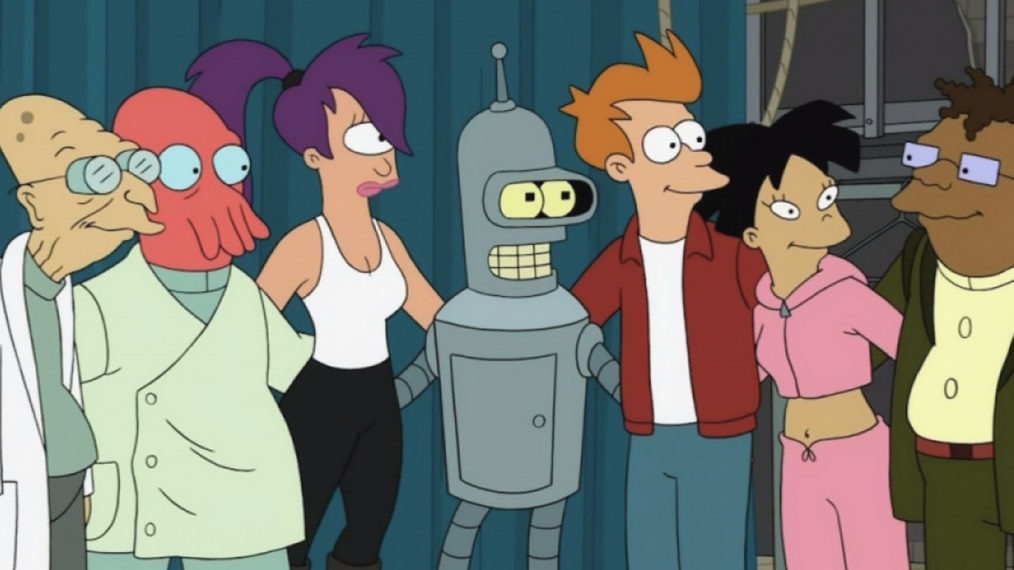 Futurama will premiere a new season on streaming giant Hulu in 2023. Returning are the team of Matt Groening and David X. Cohen along with most of the main voice cast, including Billy West, Katey Sagal, Tress MacNeille, Maurice LaMarche, Lauren Tom, Phil LaMarr and David Herman.

The role of Foul mouthed Robot Bender, famously voice by John DiMaggio, is currently being recast ahead of the first table read on Monday. The decision was came after negotiations between DiMaggio’s and studio 20th Television Animation fell apart, though there is a desire on both sides to have him rejoin the cast and reprise his role.

According to Deadline, DiMaggio turned down an offer made to him that was in line with what fellow leads West (Fry) and Sagal (Leela) agreed to. DiMaggio apparently felt the proposal was not competitive based on the success and recognition of the original series.

Futurama is experiencing a resurgence similar to the likes of Family Guy and American Dad!, which were both canceled and the revived due to their successful DVD sales and syndicated re-runs.

Futurama follows Philip Fry (Billy West), a 25-year-old pizza delivery boy who accidentally freezes himself on December 31, 1999 and wakes up 1,000 years later with a fresh start at life and a “diverse” new group of friends including Leela (Katey Sagal), a tough but lovely one-eyed alien and Bender, a robot who possesses human characteristics and flaws.

Futurama was created by Matt Groening and developed by Groening and David X. Cohen. It is produced by 20th Television Animation a part of Disney Television Studios, with Rough Draft Studios, Inc. contributing the animation.

Let us know what your thoughts are on the revival and what you fell a little Bender’s recasting?