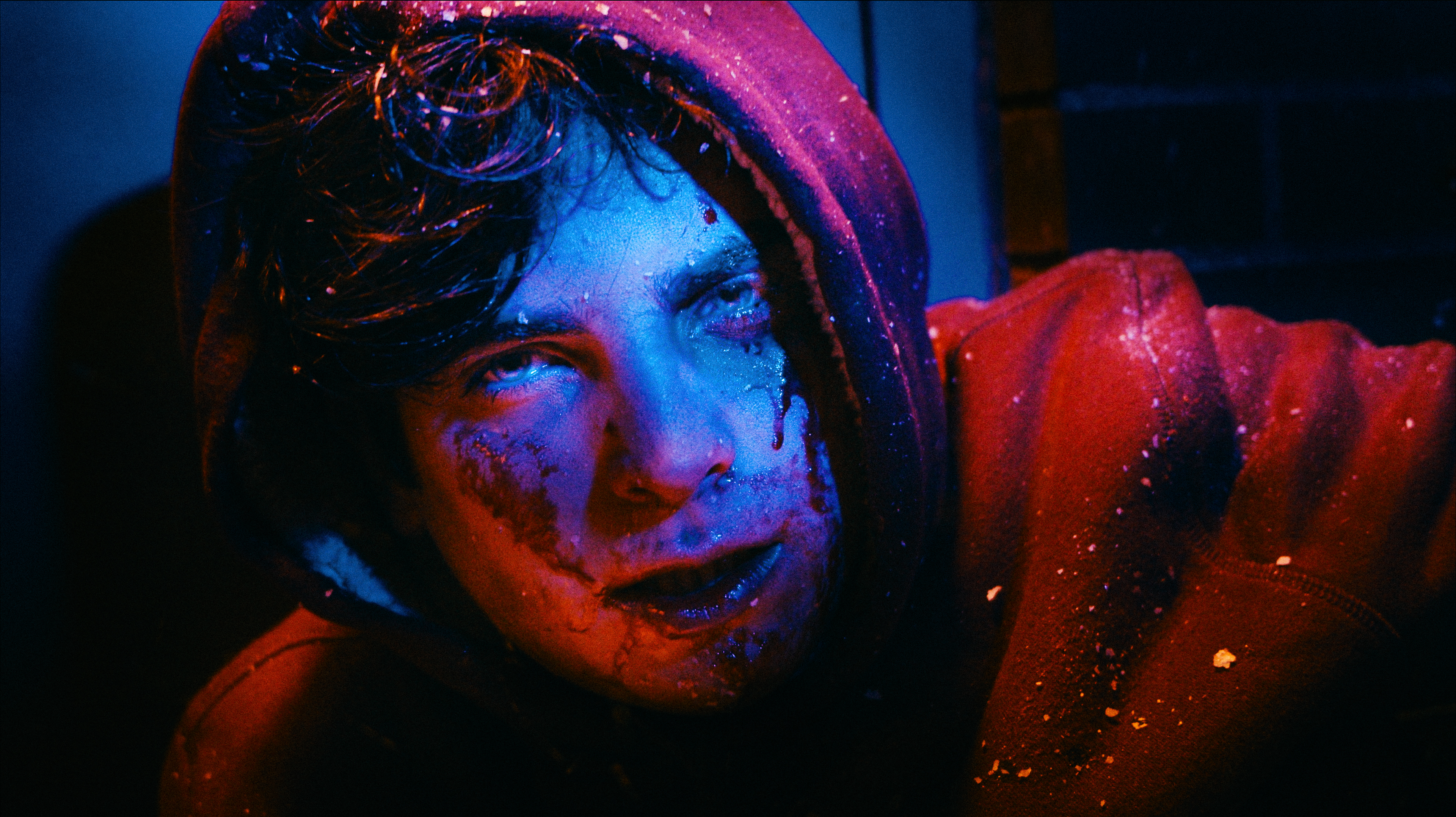 The past decade has seen a boom in the mainstream entertainment industry for the genre of Superheroes. As a someone who grew up in the 90s and early 00s, it has certainly been interesting to see Comics evolve from a niche medium that a lot of people frowned upon as “childish,” to the mainstream powerhouse it is today. Now, more than ever, we have seen a massive uptick in the Superhero media being absorbed by the common audience, and this has led to the rise of channels that produce content that specifically targets that medium and puts it under a magnifying lens to analyze just what these stories are trying to say- establish their strengths, and point out their flaws. In the art of video essays on the Superhero genre, there are few channels with the combined acclaim and infamy as HiTop films.

Alex Hunter has been producing content for his Youtube channel HiTop Films that has earned him a place as one of the most passionate people to provide this analyzing lens. Combining both his passion for his favorite characters along with his love of film making- Alex provides a combined perspective on his analysis that critiques the film’s ability to both represent the character with authenticity, as well as engage the viewer visually in the medium he loves. However, if you have been following Alex’s channel for a while, you would know that his video essays are only part of who he is, he is also a very talented filmmaker; writing, directing and producing his own short films on his channel, which leads us to why we are here: Jason.

Some of Alex’s first videos on his channel were episodes to a series of fan shorts called Robin. This series is the first we got of Alex’s love of Jason Todd, and now he is revisiting this character in a new short film starring the same actor from his original series as well as another of Alex’s latest projects (The Plumber), Francesco di Maio as the titular Jason Todd.

As luck would have it, I had the opportunity to chat with Alex about the project and he was gracious enough to answer some questions I typed up and shed some light on the project for this UYG Exclusive on Jason:

First things first, you have built a very successful platform on YouTube. Most people know you for your video analysis of super hero films. But you have always had a passion for making indie film content, and in fact this isn’t your first time doing a Jason Todd project (first being a miniseries of shorts). How does it feel to be able to shift focus a bit back to making films?

Oh man, it feels wonderful. Indescribably f*cking amazing. I’ve always tried to inject 100% of myself into whatever art I’m making, even video essays where the focus is mostly on the comic book characters I love. I’ve always tried to stand out and do my own thing by just being me (for better or for worse)… I gotta be me! I don’t know how to do it any other way. With the shorts, the films, I get to do that, I get to express every ounce of myself and hopefully show a relatable truth through a character. I’m my best self on the set, when I’m dreaming with artists I adore, not when I’m isolated behind a computer screen screaming about Spidey.

Jason Todd is a character that is pretty divisive. While he’s certainly relieved a glam up in story telling with Under the Red hood, his time as Robin was punctuated by him being quite literally “voted off the island,” through the Death in the family story. As most of your content focused on Jason is on his time as Robin or even before that in your upcoming film, what draws you to him so much as Robin?

I think that’s exactly why I’m drawn to him! He’s the “reject” Robin. The black sheep of the bat family. He’s always classified as the “edgy, angsty, Robin”, I wanted to throw that classification to the trash where it belongs. I wanted to really depict someone who wasn’t a circus performer, an aspiring detective, a trained ninja. Someone who was, at the most basic level, just a street kid trying to get by in a world where Batman exists. Trying to get by in the Slums of Gotham City alongside his people, the less fortunate, who have to struggle to eat while Batman stops The Riddler from robbing a bank on the other side of town. That’s fascinating to me, starting there with Jason and seeing his journey into a “sidekick”. A man richer than god takes in a kid who has to steal the clothes he wears and the food he eats. The Batman takes in Jason Todd and says “hey, we fight, we arrest, the people you grew up around, the people you call family.” How could we not tell that story?

Recently in your videos, and on social media you have discussed feelings of anxiety and depression. Have these things played a direct role in the development of this film?

Intentionally, or not (most likely not haha), the shorts have always been a reflection of my mental state. Self-Love, Self-Destruction, all a part of the insane process. The Scarecrow, to me, was all about guilt. Being followed around by a demon of our own making. I think Date Night was partly my way of processing feeling like a monster, feeling like I’m unworthy of the love,  companionship, and the partnership I had at the time. With The Plumber, it was all about the desperation of needing to be seen, the isolation of feeling devalued, screaming at an audience who you believe will never listen. With Jason, it’s all of those things and more. I had a less than stellar childhood, parents who tried their best to love me in all the ways they could- tried to, so hard, but their own vices and mental health problems often got in the way of that. I think channeling that pain, that longing I still hold for love, for normalcy, through Jason Todd has been very therapeutic. This is my dream project and part of that is being able to hopefully reach the people who grew up in similar situations, who so wished a Batman would drop down from the frigid night sky, offer them his hand and save them.

Francesco di Maio has appeared in a great deal of your films, however this is his second time he’s taking on the role of the second Robin, what about Francesco do you feel he brings to the performance that makes him your definitive Jason?

Francesco is the most dedicated man I know. He puts his all into everything, into his craft, almost to an unhealthy level. But that’s what makes him who he is!  I know he feels the same way about the potential of Jason, as I do. I know he will get beat to death by a crowbar before he dishonors the truth and power of the character. I’ve known him almost half my life, and I’ve been all the better for it.

You recently just confirmed an additional role for the film as well as a pretty well known cosplay designer as the costumer for the film. Are there any teases we can get to what characters we will see in the film or even a glimpse at Jason’s costume from the film for our audience?

Oh, dude! I wish I could show you the costume! My talented friend and collaborator @aegidiusdesigns is such a legend. Hopefully, when it’s ready to be shown, his work on Jay’s outfit will break the internet. As far as characters go…. You will 100% see a Dark Knight. I can also say that a certain… Man Who Laughs… is key in telling Jay’s story. Whether or not he’ll show up here, or there, anywhere, you’ll just have to watch.

You currently have an Indiegogo Campaign for the film. This has become a very popular method of fundraising, especially for fan projects such as yours. Do you have stretch goals that extend the length of your film?

Hell yes we do! Right now, as is, the script for Chapter 1 is just under 60 pages, the film will probably be around an hour. If we are lucky enough, more lucky and blessed than we already are, to reach double our goal, Chapter 2 will be 100% a go. (And there’s a lot more Batman in Chapter 2 ;))

It would seem that the Reject Robin has found caring hands that will handle him with a lot more grace than a clown with a crowbar. Alex’s unique dedication to this character certainly comes through not only in his answers, but in his trailer. It will surely be an exciting thing to watch come to life. As mentioned in the interview the short film is currently raising funds on the Indiegogo platform with a lofty goal of 25k, but I have a feeling that Jason will make that and more. Be sure to take a look at the campaign and support how you can if it appeals to you. I will be doing a review of the film when it is released, so make sure you continue to check out Up Your Geek for that!

Up Your Geek Spotlight – Raul Vega Interview | ‘Swiss and Lali Hijack Hollywood’ Podcast
‘Futurama’ Set For Revival At Hulu, Bender To Be Recast