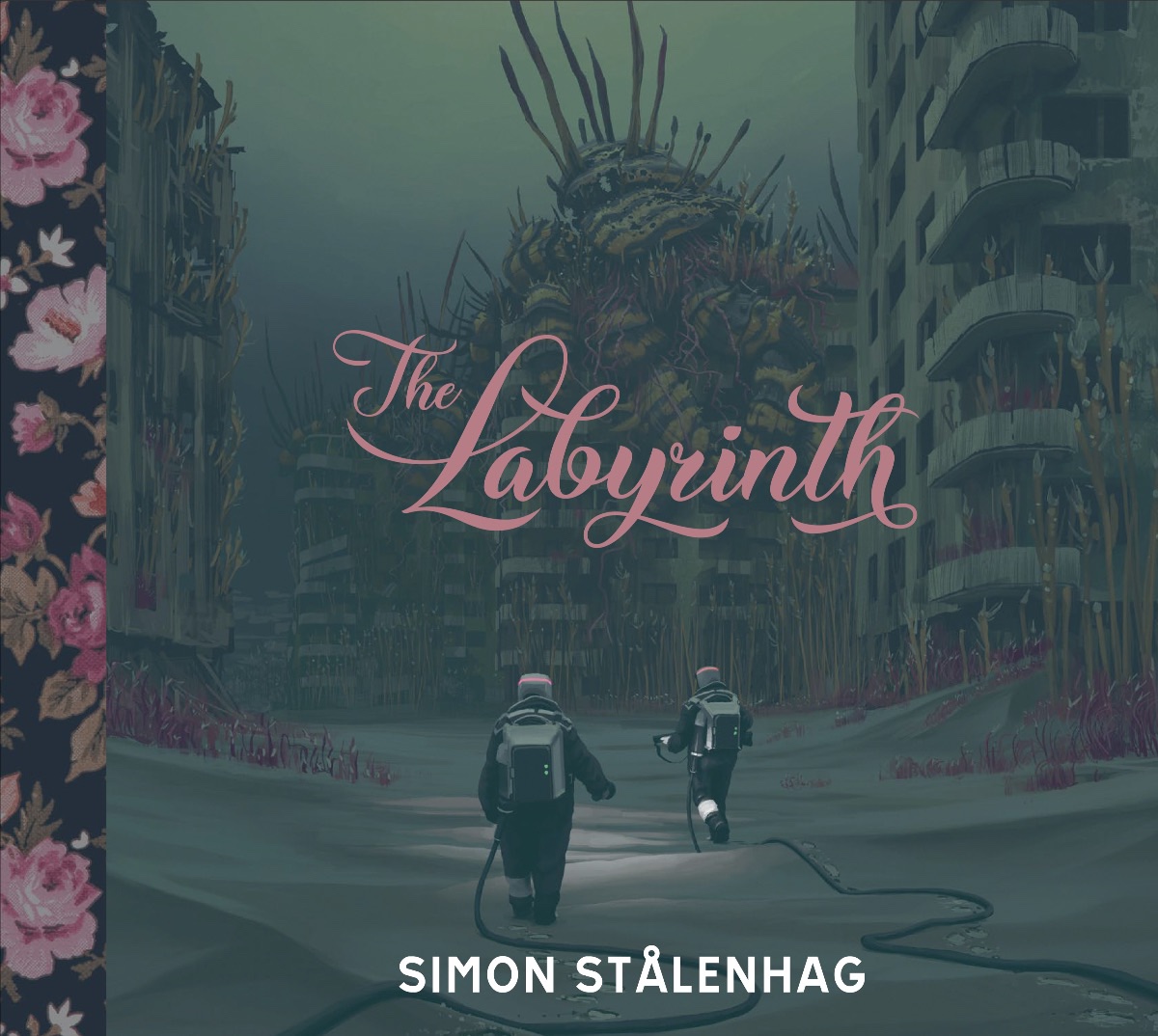 Today Image/Skybound unveiled an all-new first look inside The Labyrinth, a tense, dark tale of ruin and vengeance set among a stunning sci-fi apocalypse like you’ve never seen before from visionary illustrator and author Simon Stålenhag (The Electric State, Tales from the Loop).

“There is no graphic fiction storyteller in the world like Simon Stålenhag, who’s crafted one of the most haunting and prescient stories of the year in The Labyrinth,” said Sean Mackiewicz, SVP, Editor-in-Chief, Skybound Entertainment. “After a record-breaking Kickstarter campaign last year, The Labyrinth has become a worldwide sensation and we’re now glad to bring a new edition to fans looking for the perfect new hardcover for themselves or as a holiday gift.”

An eight-wheeled vehicle trundles across a barren landscape of ash and ruined buildings toward a lone bunker deep in the wilderness. Inside the vehicle are three passengers: two scientists—who plan to use the outpost as a home base for the study of world-ending phenomena—and a boy named Charlie.

As the work unfolds, the isolation and claustrophobia of the compound threatens each member of the expedition with madness. Forced to confront their own dark history and the struggles of the haves and have-nots, the members of the expedition find themselves hurtling toward ruin.