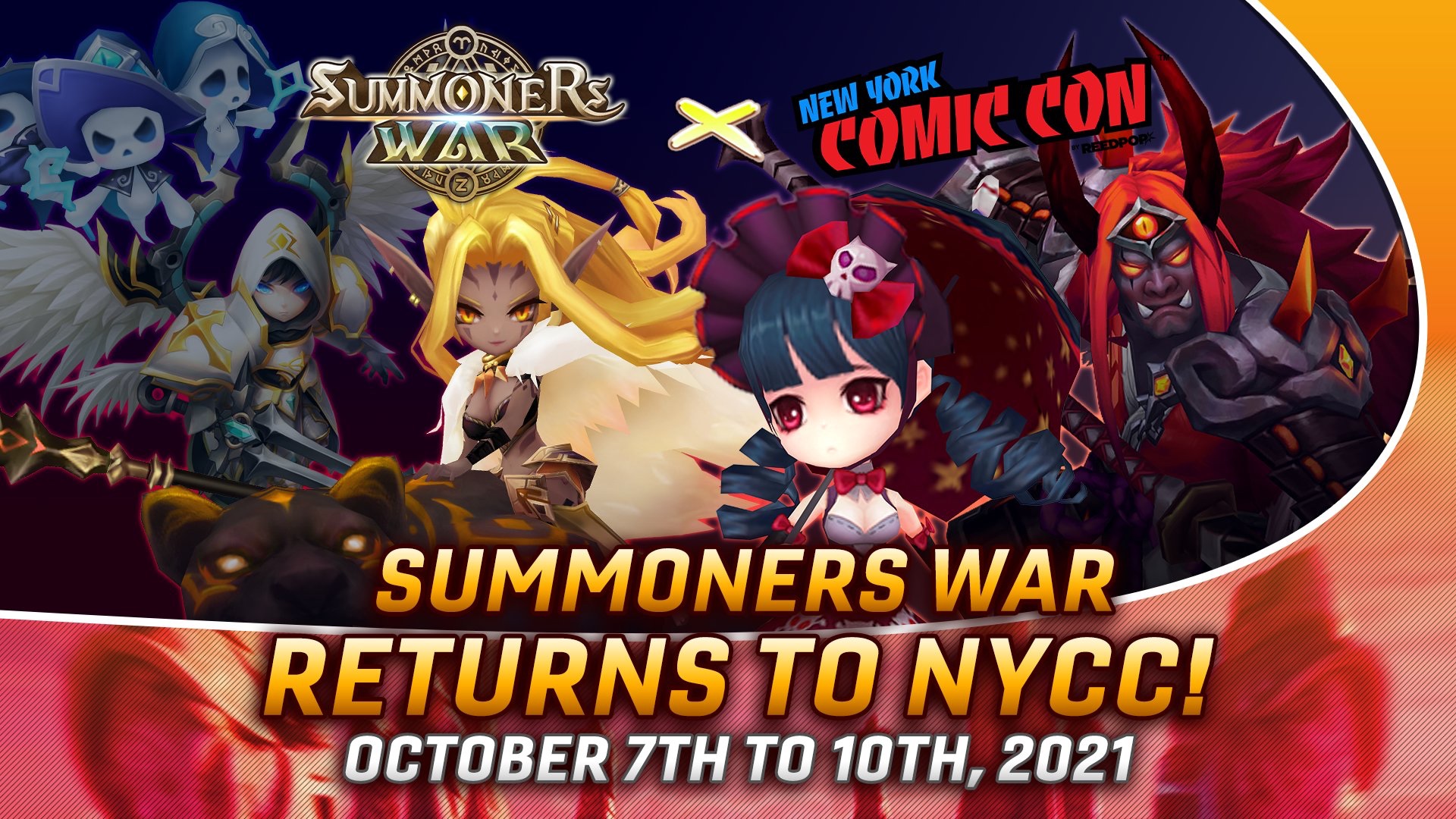 The massively popular RPG franchise will have a booth set up at the event where fans can participate in competitions to win an assortment of coveted swag and prizes, such as Funko POP!s, pins, large Angelmon plushies, exclusive Summoners War Snowglobes, and more!

Com2uS, the developers of the game, will also have a variety of Summoners War branded merchandise available for sale, which includes a special edition pack of the first three issues of Summoners War: Legacy, a comic book series about the origin story behind the game.

Com2uS invites New York Comic Con attendees to showcase their best Summoners War cosplay creations as legendary Summoners Orbia, Kina and Cleaf or one the thousands of unique monsters featured in the series. Stop by the Summoners War booth located at booth #1157 for the following activities and giveaways:

Additionally, the following Summoners War merchandise will be available for purchase at NYCC: