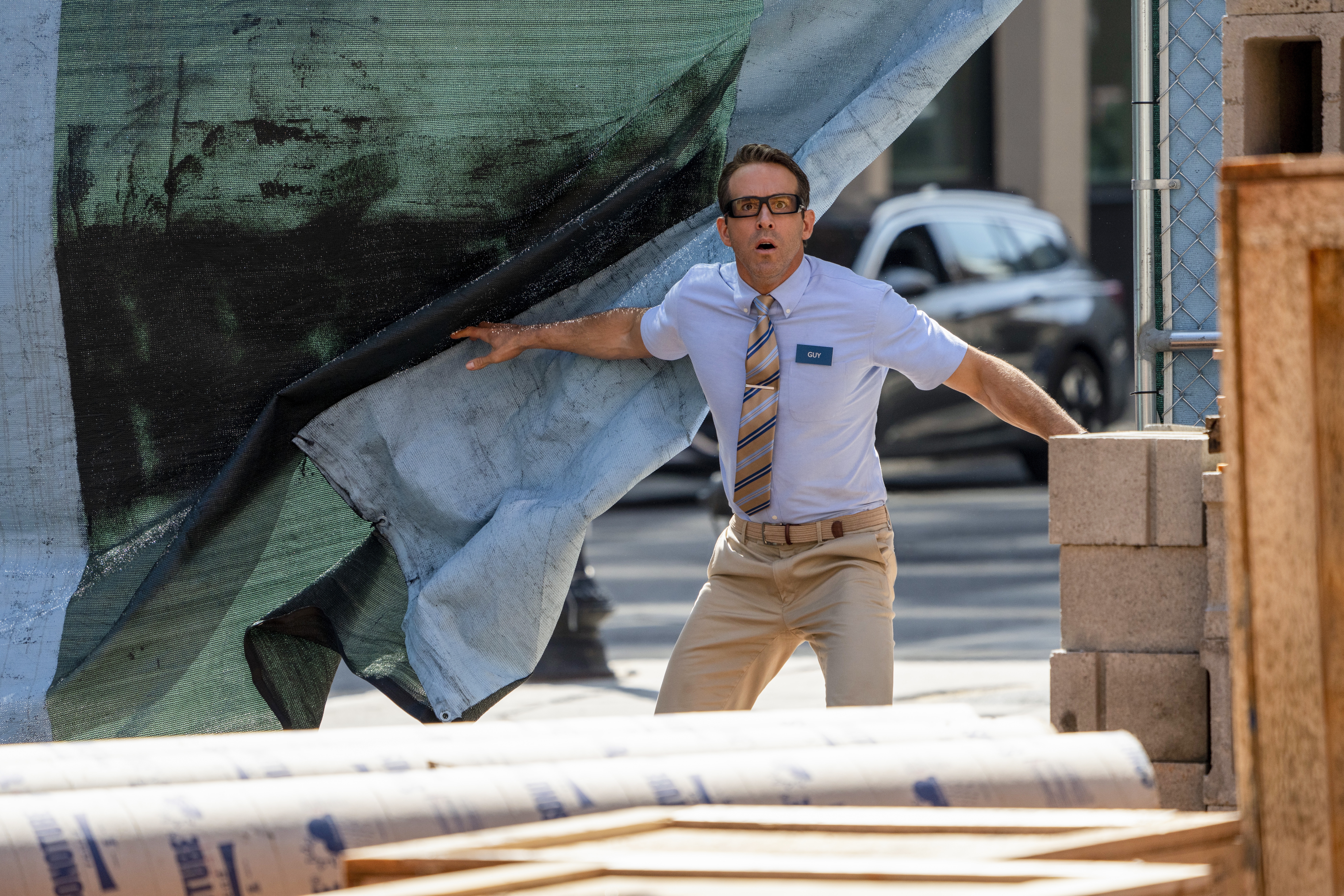 Disney’s 20th Century Studios will be presenting a fun activation outside of New York Comic Con 2021 on Day 3.

During New York Comic Con 2021 outside the Javits Center, a flurry of khaki and blue shirt clad ‘Guys’ will be walking around the crowded streets. Find the Blue Shirt ‘Guys’ to win 20th Century Studios’ blockbuster film Free Guy.

Fans have a chance to win a Digital copy of the Ryan Reynolds-led action-comedy (while supplies last) by finding ‘Guy,’ snapping a photo with him and sharing it on Instagram or Twitter with the hashtag #FoundGuy and tagging @FreeGuyMovie.

In addition to free Free Guy movies, select lucky fans will win a Blu-ray of the film autographed by the ultimate nice guy, Ryan Reynolds! This all takes place Saturday, October 9 from 10 a.m. to 6 p.m. EDT.

In Free Guy, a bank teller (Ryan Reynolds) who discovers he is actually a background player in an open-world video game decides to become the hero of his own story – one he rewrites himself. Now, in a world where there are no limits, he is determined to be the guy who saves his world his way… before it’s too late.