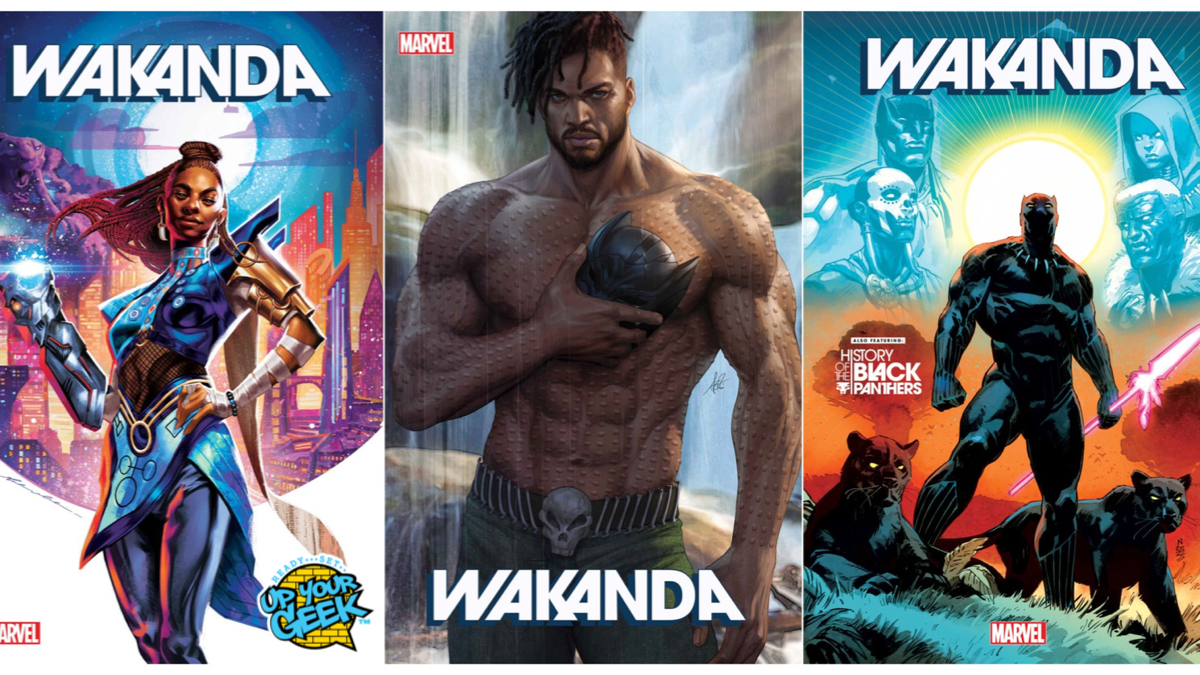 Marvel fans are in for a treat this fall with the much anticipated sequel to Marvel Studios’ 2018 hit Black Panther—Black Panther: Wakanda Forever scheduled for release in theaters November 11, 2022. However, before the release of the Marvel Cinematic Universes next installment—Marvel comics will be dropping a new series.

This coming October, acclaimed writers and artists throughout the comic book industry will come together to highlight the rich tapestry of the Black Panther’s homeland like never before in Wakanda, a brand-new limited series! Spinning out of recent events in John Ridley’s epic run on Black Panther, T’Challa is no longer welcome in the land he once ruled. Who is this proud nation without its king? This exciting new miniseries answers that question and more as each issue spotlights a different fan-favorite Wakandan character as they rise up to protect their great nation in exciting new stories by a wide range of creators.

In Wakanda #1, writer Stephanie Williams and artist Paco Medina will start things off with an in-depth tale about T’Challa’s genius younger sister and former Black Panther, Shuri. Shuri proves that being without the Black Panther doesn’t mean Wakanda is without heroes to protect it – and that there is a reason she too once wielded the power.

“I’ve been such a huge fan of the Black Panther over the years, especially the evolution and expansion of the women of Wakanda. It’s truly an honor to kick off the new series with the Shuri story I wrote. I hope I can add to her and Wakanda’s already impressive lore.”

Each issue of Wakanda will also contain a “History of the Black Panthers” backup story by writer Evan Narcisse and artist Natacha Bustos, providing for the first time anywhere a definitive overview of all the Wakandans who have held the mantle of the Black Panther!

“I’ve been a fan of the charm and scale of Natacha Bustos’ work for a long time and am thrilled to collaborate with her on a new look at Wakanda’s history,” Narcisse said. “The tale we’re telling will give readers a deeper look at how the Black Panthers of the past led the Unconquered Realm to glory and left a wondrous legacy that Emperor T’Challa still embodies.”

Stay tuned for story details and creative teams for future issues of Wakanda and witness a grand expansion of the Wakandan mythos this October!