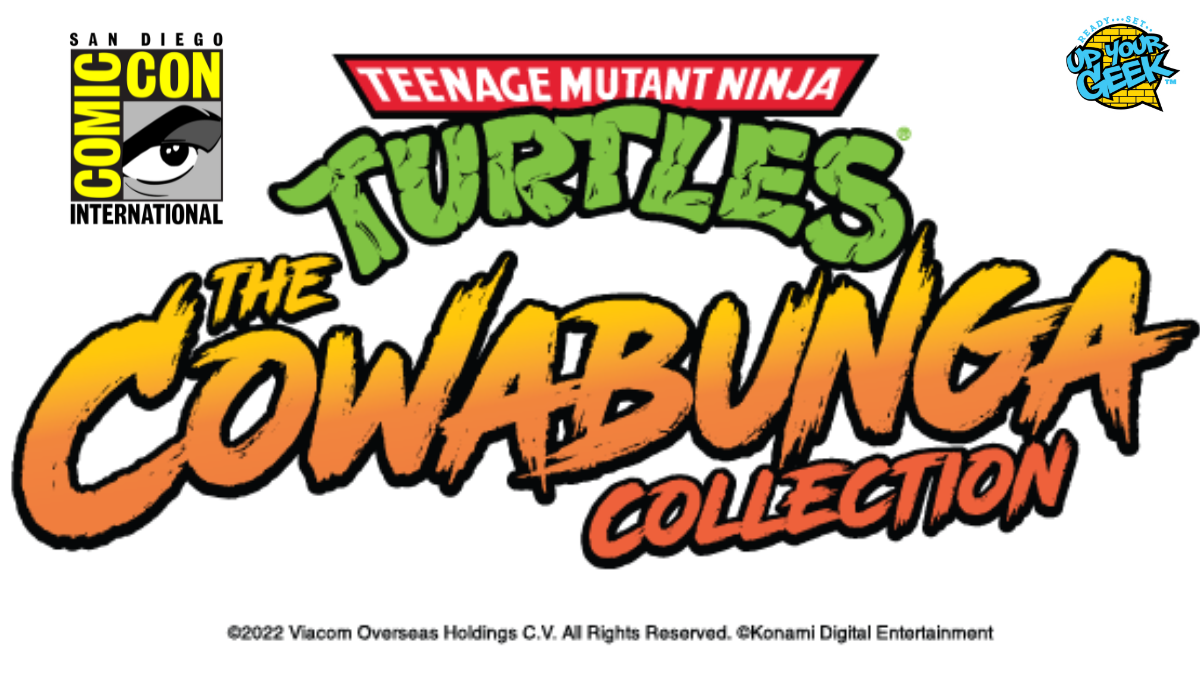 Konami Digital Entertainment, Inc. (KONAMI) today announced that fans of the heroes in the half shell can have a hands-on experience the Teenage Mutant Ninja Turtles: The Cowabunga Collection for themselves at the Turtle Lair gaming lounge during San Diego Comic-Con 2022 (SDCC 2022) from July 21-24 for all SDCC 2022 badge holders, ahead of the game’s launch.

Konami’s Turtle Lair Gaming Lounge will be located at the Courtyard Marriot 453 Sixth Ave. San Diego, CA. The first 500 people who arrive and play at the Turtle Lair at SDCC 2022 on Thursday July 21, will get a chance to receive fun giveaways including a limited edition black and white print of Teenage Mutant Ninja Turtles original artwork created by Kevin Eastman and a token for a limited entry signing with Kevin Eastman for Friday, July from 12-2pm. More details and updates will be revealed on the official KONAMI Twitter the week of the event.

Konami Digital Entertainment, which is the core company of Konami Group, develops entertaining content for mobile, console and card games. The company is known for global franchises such as eFootball™, Metal Gear, Silent Hill, Castlevania, and Contra, as well as the Yu-Gi-Oh! Trading Card Game series.

In collaboration with Nickelodeon, thirteen games from Konami’s entire archive of retro 8-bit, 16-bit, and arcade TMNT titles and their Japanese versions featuring the titular Leonardo, Donatello, Raphael, and Michelangelo, will be brought to life on all major gaming consoles and PCs. Physical retail and digital versions will be available at SRP $39.99.

The games are based on the characters and themes of the 80’s children’s cartoon and comic book series, the Teenage Mutant Ninja Turtles often taking place in a fictionalized New York City, around the sewers, inside futuristic enemy bases and even across time itself! In collaboration with Nickelodeon, the Teenage Mutant Ninja Turtles: The Cowabunga Collection will also include loads of extras using imagery from the original cartoons, comics and other historic TMNT media content in a compiled Museum connecting the franchise across the various mediums. Additionally, never-before-seen development art, sketches and game design material will also be included.

Check out the trailer for Teenage Mutant Ninja Turtles: The Cowabunga Collection @SDCC 2022: