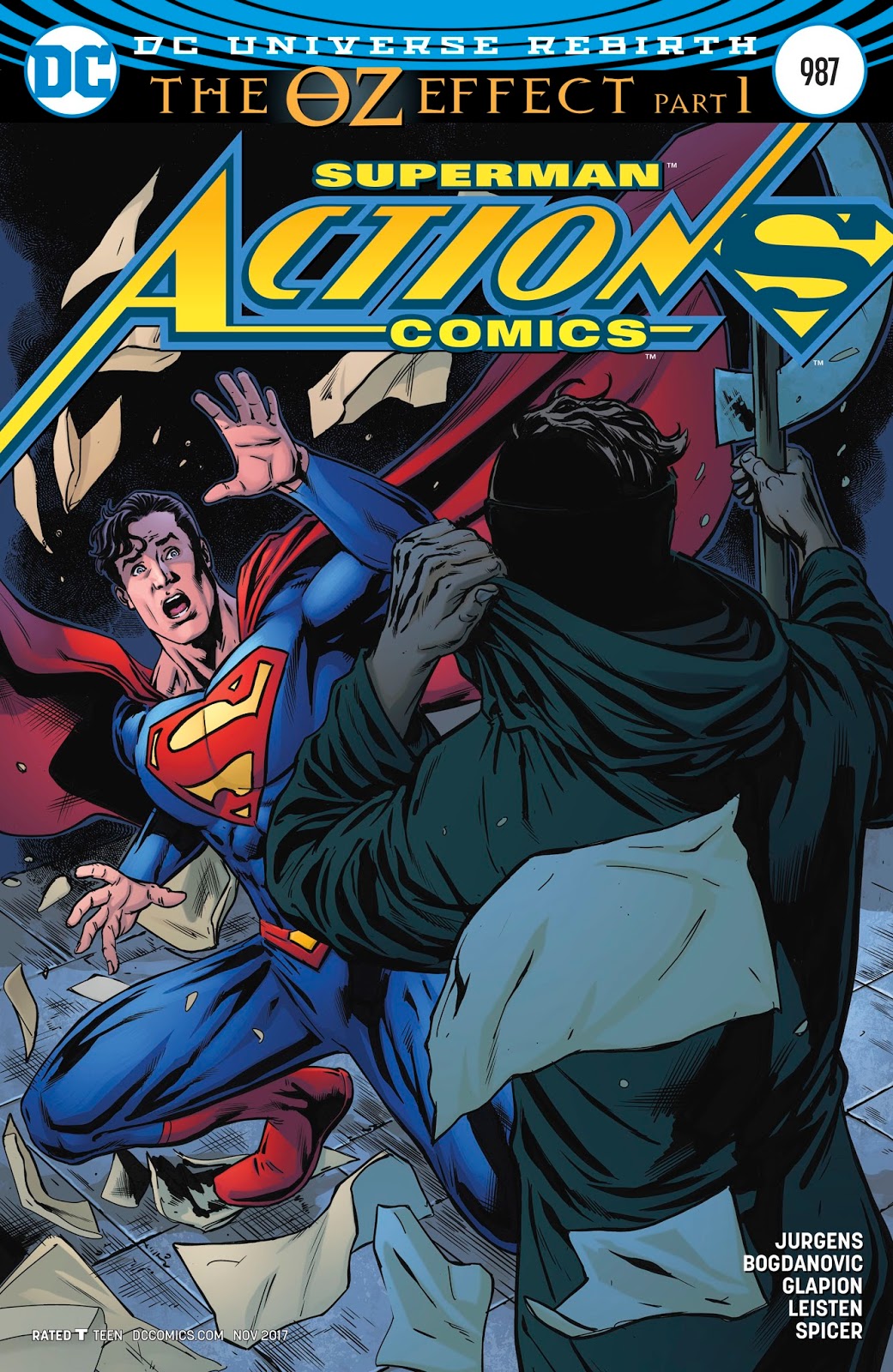 With “The Oz Effect” arc wrapping up in Action Comics, the aftermath of the whole ordeal will be profound on Superman. The arc dealt with the mysterious Mr Oz, who has been messing around since the New 52 era of DC, and was revealed to be Jor-El. Yes, the father of Superman who decided that shipping his son off planet was the best way to preserve Kryptonian ideals along with providing Hope to Earth, decided that he was wrong in doing so.

Written by Dan Jurgens and art by Victor  Bodganovic, the entire basis of Superman’s entire life and his beliefs started with this moment, but as the arc went on, it was revealed that Jor-El made a grave mistake. That is, in sending his son to a planet of hostile humans who, in his eyes, were never going to change their violent ways. Mr Oz/Jor-El was whisked away at the very last moment while Krypton was exploding, causing a shard of Kryptonite to inbed in his eye. Jor-El was teleported (by who we assume to be Dr. Manhattan) and sent to Earth, where he witnessed horrible actions done by humans to their fellow man.

Seeing this and how humanity was killing itself from the beginning, Jor-El decided he was wrong to send his son here and began the stages of a plan to show his son how useless it is to instill Hope in a species destined to destroy itself. Along with kidnapping Doomsday, Mxyplyzyk and Tim Drake, Jor-El was concerned with certain characters being used against his son and made sure to take them off the board.

Superman, being the beacon of Hope as always, finds the world in turmoil as events erupt suddenly and he finds himself stretched thin between saving everyone, finds out his father was alive the whole time. The story pits their opposing ideals about Humanity to the test, as both are stuck in their beliefs. Also getting dragged in is Jon Kent, Superboy, who is convinces by his grandfather that leaving Earth is the best thing right now as mentioned throughout DC Rebirth, that a threat is coming that has never been seen before and will destroy Earth. As we all know this to be Dr Manhattan, the stage is being set for the upcoming “Doomsday Clock” maxiseries, that will pit Superman against Dr Manhattan. Towards the end, Jor-El has his staff broken by Superman, which was revealed to be the only thing keeping him alive and supposedly also keeping Dr Manhattan away, as he is whisked away at the last moment. Now, with his entire life shaken to it’s core, Superman must now live on knowing his father wanted him to abandon the only home he has ever known.

Overall the arc was a success, showing how the current real world events have resounded through comics, and shows a world devoid of hope and full of cynacism. The art was beautiful, proving Victor has the ability to draw colorful art that fits well within the world of Superman. Classic Superman writer Dan Jurgens has set the stage for Superman to deal with something he never thought he was handle: his father trying to take away the mission he has always lived up to, that is to put hope in the hearts of everyday people to show what they can aspire to be. But as we know, the imminent threat Manhattan poses will put his beliefs to the test and show how far Superman can be pushed to the brink.