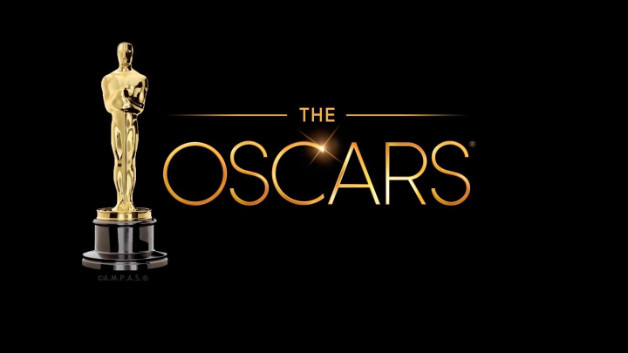 Sunday, March 4th was the biggest day of the year when it comes to awarding some of the best films and filmmakers who made contributions to cinema in 2017. Every single year the best of the best films of the previous year are brought in front of the Academy and awarded in a whole series of different categories. Each year the broadcast is completely different from the last and sometimes there can be quite a controversy over the awards, the hosts, or even the show. This happened numerous times in the past, but this year was definitely not one of those. With the awards going to interesting films, the show being steered in a positive direction, and some highlights of diversity it was all in all a successful show. With this being said here is a breakdown of what happened, who won, and everything in between.

This year’s Academy Awards Show went off with little to no hitches. It was hosted by the late night comedian, Jimmy Kimmel for the second year in a row and for good reason. Kimmel is a great host in that his comedy is at the front and is always topical, while also being able to move the show along at a good pace and avoid any awkward moments with class. Last year it made news that Kimmel brought in a bunch of regular tourists to the show and surprised them. It was a wonderful moment of having these people meet some of their heroes. This year they did something similar in that they entered a theater filled with people seeing an early screening of A Wrinkle In Time. Kimmel followed by Gal Gadot, Mark Hamill, Armie Hammer, and several other celebrities came in and gave these fans the surprise of a lifetime. In terms of the show this has got to be my favorite moment and it will certainly be one to remember. The added humor of a Jet Ski and a trip to Lake Havasu for the shortest acceptance speech was also one of the highlights of having Kimmel host. It was an extremely clever idea.

Kimmels’  humor revolving around the Me Too and Time’s Up movements was extremely on point seeing as there is a recent cultural shift toward calling out sexual harassment rather than letting it fester. The entirety of the show itself reflected this movement and a focus on gender equality with many of the presenters discussing the power of women. There was even a section garnered to that of inclusion with filmmaking discussing the diversity of actors and filmmakers making these Oscar nominated films. This social awareness gave the Oscars a much more culturally relevant perspective that was certainly welcome. They are certainly making changes for inclusion and this could have to do with the “Oscars So White” reaction a few years ago.

The reason the night is so important is for the awards themselves. Recognizing the works of the multiple talented artists is what the show is about. This year’s wins weren’t surprising, but there certainly were some surprises thrown in. On the technical side The Shape of Water and Dunkirk ran away with a good portion of the awards including Dunkirk for sound and Shape of Water for Production Design. The most interesting and well deserved surprise of the evening was the win that Jordan Peele received. He won the award for Best Original Screenplay for his film, Get Out. The film certainly earned that award and it was a treat to see Peele win for his first movie.

The acting awards went to Frances McDormand for Three Billboards Outside Ebbing, Missouri and Gary Oldman for The Darkest Hour. Two excellent actors who absolutely deserve recognition for the spellbinding performances they gave. Sam Rockwell and Allison Janney also took away acting awards in the Supporting categories, which were also well deserved. The acting wins weren’t surprising in the least, but they were all worthy winners that deserved the adoration.

The big winner of the night was The Shape of Water getting the awards for Best Picture and Guillermo Del Toro winning for Best direction. Del Toro’s win was a huge moment for the Mexican filmmaker who has been making excellent genre films for years now. It was certainly a worthy win. I was surprised the film also won Best Picture, but the beauty of that film is hard to miss.

Here is a full list of the Winners and the nominees in their respective categories:

“Call Me By Your Name” “Darkest Hour” “Dunkirk” “Get Out” “Lady Bird” “Phantom Thread” “The Post” “The Shape of Water” “Three Billboards Outside Ebbing, Missouri”

“The Big Sick” “Get Out” “Lady Bird” “The Shape of Water” “Three Billboards Outside Ebbing, Missouri”

This Year’s Academy Awards was certainly one to remember. After 90 years the show is still presenting and awarding the best films of each year. While many films that I loved didn’t get nominated including The Disaster Artist, I am still happy to say that this was one of the smoothest and fun years in recent memory. I hope that future years will have the same level of care and class that this show presented. Jimmy Kimmels’ hosting proved to be the right attitude needed for the event and many people in these films were absolutely deserving of the recognition.

Retro Review: ‘Metal Gear Solid The Twin Snakes’
Wondercon 2018: What To Expect & How To Prepare