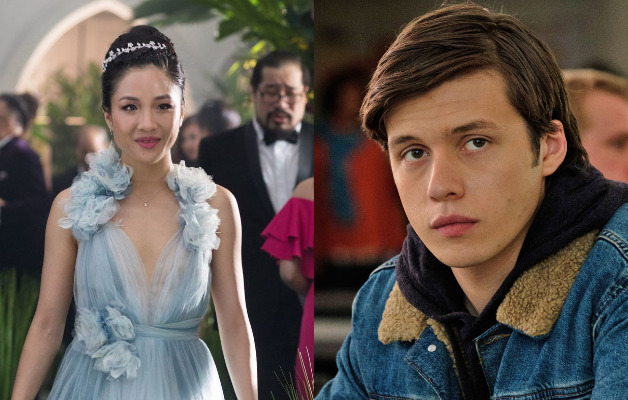 It wasn’t that long ago that I decided to give an in depth look at the importance of Diversity specifically in entertainment. I particularly brought up that things need to change and that having diversity in entertainment not only fosters better and more interesting art, but it also makes those that are audience member feels more connected whether it be in their gender, sexuality, or racial  and ethnic identities. These things are truly important and while I definitely discussed how things have to change I also briefly mentioned that some things are doing it right. While it has been a politically unstable environment especially for people in underrepresented communities this year the entertainment industry has been working hard to break some ground in some of their film and television series. While nothing is ever perfect and it’s not close to being as equal it is important to take a step back and look at these entertainment properties and give them credit for the work towards a more diverse industry. Here are just some of the triumphs of diversity in 2018.

One of the most underrepresented groups is that of the LGBTQ+ community. They slowly have been gaining much more traction especially in the media, but they were often seen as merely tools for a straight individuals stories. They would often be cornered into the gay best friend trope or the transgender joke. Their presence was often mocked, but more queer voices have been heard as of late. 2018 has had two excellent examples of film and television that really did something different. This is the theatrically released film Love, Simon and the FX series, Pose.

Love, Simon is a high school romantic-comedy film based up on the novel, Simon V.S. The Homo Sapiens Agenda. The film has all of the right ingredients for a modern day romantic comedy with a lead character feeling out of place and trying to find love in the World while hiding a secret. What makes it different is that the secret he happens to be hiding is that he is secretly gay. This change in dynamic of him hiding the fact that he is gay is almost unheard of for a major Hollywood Studio release. Not only is this a big win for having a lead gay character it’s also incredible that they were able to produce a popular romantic comedy. Gay romance isn’t new for film, but the inclusion of a gay character in a high school romantic setting being the lead is new. It’s a big win for diversity and the fact that it was a critical hit just continues to show that more diverse stories can produce more interesting and better works of art.

While gay characters in film and television are becoming much more pervasive and their acceptance is steadily growing, the transgender community has always faced an incredibly difficult time at finding acceptance not only within mainstream culture, but also within the LGBTQ+ community. With that being said Ryan Murphy in association with a group of talented transgender writers and creators worked hard to bring the series, Pose to FX. Pose is set during the 1980s in the midst of the spread of AIDS. It follows a mostly non-white group of Transgender women living and dealing with bigotry, illness, and identity during a time where being who you were was seen as something to be feared. Every transgender character is portrayed by Trans women and that is a definite triumph seeing that cisgender actors typically get the roles to portray trans characters. The series not only is a marvel for its diversity, but also it is a moving and brilliant series backed by incredible writing. A series like this is a rarity and it’s definitely worth noting it for it’s fearlessness in expressing the truth.

The LGBTQ+ community has had some major triumphs in terms of representation this year, but racial diversity is just as important and there have been some incredible works that exemplify that this year that also deserves attention.

In 2018 the racial and political climate is at a high. With tensions rising and with injustice still prevalent it is incredibly difficult to be of a racial minority in the United States. It’s hard to not only live one’s life, but also have accurate representation in entertainment. There are way too many projects that still use stereotypes based upon someone’s ethnic and racial background. While all of this is still in issue 2018 has had some films that not only broke ground, but also presented these people in a light that isn’t typically common in Hollywood.

It’s impossible to discuss racial diversity triumphs in 2018 without mentioning one of the biggest movies of the year, Black Panther. It’s a film that was critically and commercially successful, but it also did a lot for the representation of black characters. The film was almost entirely a black cast and they were the leaders. They weren’t pushed to the side as sidekicks and the African nation of Wakanda gave many people a fictional outlet of a positive image of African culture. It was unlike anything really seen in film and so many people of color had superheroes that they could look up to because they looked like them. King T’Challa is a strong character whose roots within Marvel is incredibly crucial. The film was a huge triumph in all aspects and while there may be certain racist individuals who went out of their way to attack the film not much could stop how successful that film was and how it made young people of color extremely happy to see such incredibly positive representation.

In addition to Black Panther being a smashing success there was also some incredibly interesting smaller budget projects such as Sorry To Bother You and Blackkklansman. Both of these films were interesting films written and directed by Black filmmakers. They also both used their mediums to make art that essentially brought forward modern issues in society in different ways. Sorry To Bother You was a social satire about the US by criticizing the methods of capitalism, while Blackkklansman told the true story of a black cop who went undercover in the KKK and that story was used to make reflections of the recent rise in white supremacy during this incredibly hectic political time. Both of these films were triumphs in their own ways and they both expressed the need for diversity and the fight for equality.

While the Black community is one of the most targeted communities in the country, the Asian-American community has also been pushed to the side in terms of representation in a lot of ways. There has been a history of stereotypical portrayals as well as pay discrepancy. Not long ago two of the lead cast members of the hit show, Hawaii 5-0 left the series due to the fact they were being paid less than the white cast members. There has been a lot of discrimination, but along with that comes 2018’s continuing trend of making some great art with representation.

2018 has been an interesting year with Asian-american actors having a say and the first of which is the surprise hit film, Crazy Rich Asians. The film is about a young couple who falls in love, but Nick has yet to tell Rachel about his family, which happens to be one of the wealthiest families in the World and the film deals with not only with how crazy his family is, but how judgemental they are. It’s a modern romantic comedy film about family and it could be seen as fitting into a typical romantic comedy film, but it comes away as being a smart and funny film that very boldly features an all Asian cast. It’s surprising given the last film of this nature was the Joy Luck Club over 25 years ago. It was great to see such diversity grace the screen with a talented cast of Asian actors. White characters aren’t present in the film and this allows for the asian characters to shine and let this be there story. It helped to bring down past stereotypes represented in film and it allowed for an American story I haven’t seen presented on the big screen in my life.

In addition to this film Netflix has released a romantic comedy called For All The Boys I’ve Loved Before. The main difference in this is that it’s a high school romantic comedy, that happens to star an Asian lead. They don’t shy away from her heritage in the film, but what was great about that is that not only is it a good movie it also does a great job at steering away from the typical white female lead in these sort of films. While she may be asian that is never pointed out as being different. It’s just how it is and I think having her be the lead without making a big deal about it in this film helps to normalize diversity. While other films work well with calling attention to it, this film did a great job at just having it be part of who she is. That in itself is worth mentioning.

The Asian-American community have not been as present in lead roles in Hollywood for some time and it’s a shame seeing how much talent there is out there. While these are just some examples, 2018 has done some things right by having these films come out and express the need for representation. These films have done an excellent  job at calling attention to the lack of diverse stories and more projects like all of these should work to come about.

I’ve noticed that a lot of people question the need for diversity. They question why it’s such a big deal and they often attack said projects that have diversity. They can’t look beyond their own identity to realize that this country has been catered to white, straight people since the beginning. Having diverse roles and leads are pushing against what is expected in Entertainment. I think those individuals can’t handle not feeling in control at all time and are uncomfortable with different. This is why films like the ones I discussed are so incredibly important. They give rise to underrepresented talent and they allow for people to have something they can relate to when it comes to art. 2018 has made some progress at putting these people’s talents and the spotlight, but this is just a start. There needs to be more as we move forward and I have a feeling there certainly will be.