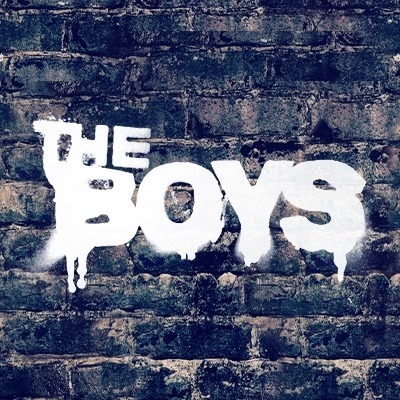 Superheroes are an important mainstay in American pop culture, and it’s not without saying that it’s one of the most American things too. The concept of the “superhero” was created in America, with the first being Superman. The story of a bigger than life hero wasn’t new; the tall tales of Paul Bunyan, John Henry, and Sally Ann Thunder Ann Whirlwind were all tales of people who performed extraordinary feats. One simple trait the Superheroes are supposed to have is this: They’re the good guys.

But what happens when the “good guys” are actually a bunch of egotistical, narcissistic, violent and straight up evil people? When the supposed heroes are actually more fitting to be villians, it can get pretty crazy. “The Boys”, based on a Garth Ennis comic, explores what could happen if a team of heroes also happened to be the worst people on Earth. The new show, debuting on Amazon’s streaming service, is a brutal and violent adaptation of the story, true to its source material.

The show takes advantage of the current fascination with the Superhero genre, but then flips the concept on its head. Similar to Watchmen, it shows that heroes can often times be just as cruel as the villians they face. It’s all expertly directed, and the script takes the time to show what a world with commercialized heroes would look like.

In this world, the superhero team everyone worships is “The Seven” which looks to be loosely based off heroes from the Justice League. The leader, Homelander (played by Anthony Starr) is the Superman of the show, but unlike with Superman, here we’re given glimpses into how someone with this much power can be a megalomaniac. The rest of the team, analogues of various comic book heros (A-Train=Flash, Queen Maeve=Wonder Woman, The Deep=Aquaman, etc) display various psychopathic tendencies including: sexual assault, murder, disregard for human life, and even extreme bouts of narcissism.

The show is centered around a mild mannered man named Hughie, played by Jack Quaid, who gets dragged into a mission by a man named Butcher to kill/destroy The Seven for his own personal reasons. Karl Urban, who plays Billy Butcher, really nails the gruff yet snarky attitude of a man with no other reason to live except to ruin The Seven. Teamed up with a pair of associates, Frenchie and Mother’s Milk, the four men come together to figure out a way to destroy The Seven. Without giving it away, the events the “Anti-Supe” team go through to accomplish their mission is on another level of over-the-top violence and insanity.

This is not a show for kids or teens. This is an adult show that doesn’t hold back on its material, embracing the violence that Garth Ennis so effortlessly thrives in. Anyone who knows his work automatically knows the power of his writing and his ability to create hyper violence as easily as he can breathe. Ennis’ writing has been so effortlessly adapted by series developer, Eric Kripke. The violence in this show is nothing like I’ve ever seen from the superhero genre, and that’s a great thing. The current “fatigue” that is apparently hitting the genre seems to be a myth, since recent entries into the genre continue to push the boundaries; “The Boys” is no exception. The humor in the show is just as admirable as the violence, the two mixing well together to create a super sense of dark humor.

Amazon has already green-lit a Season 2, making it obvious this show is going to be a major hit for Amazon as they step up their game to compete with the ever expanding streaming service industry, which is becoming more and more saturated with companies creating their own services.

Season 1 was a great start, and I personally will be looking forward to the next season. For now, I’m going to binge read the comics to really get a sense of what’s to come, and to marvel at the genius that is Garth Ennis. I recommend watching this series, or even getting an Amazon Prime membership for this show alone (and for the future LOTR show, but that’s another story).

More in Streaming in Pop Culture