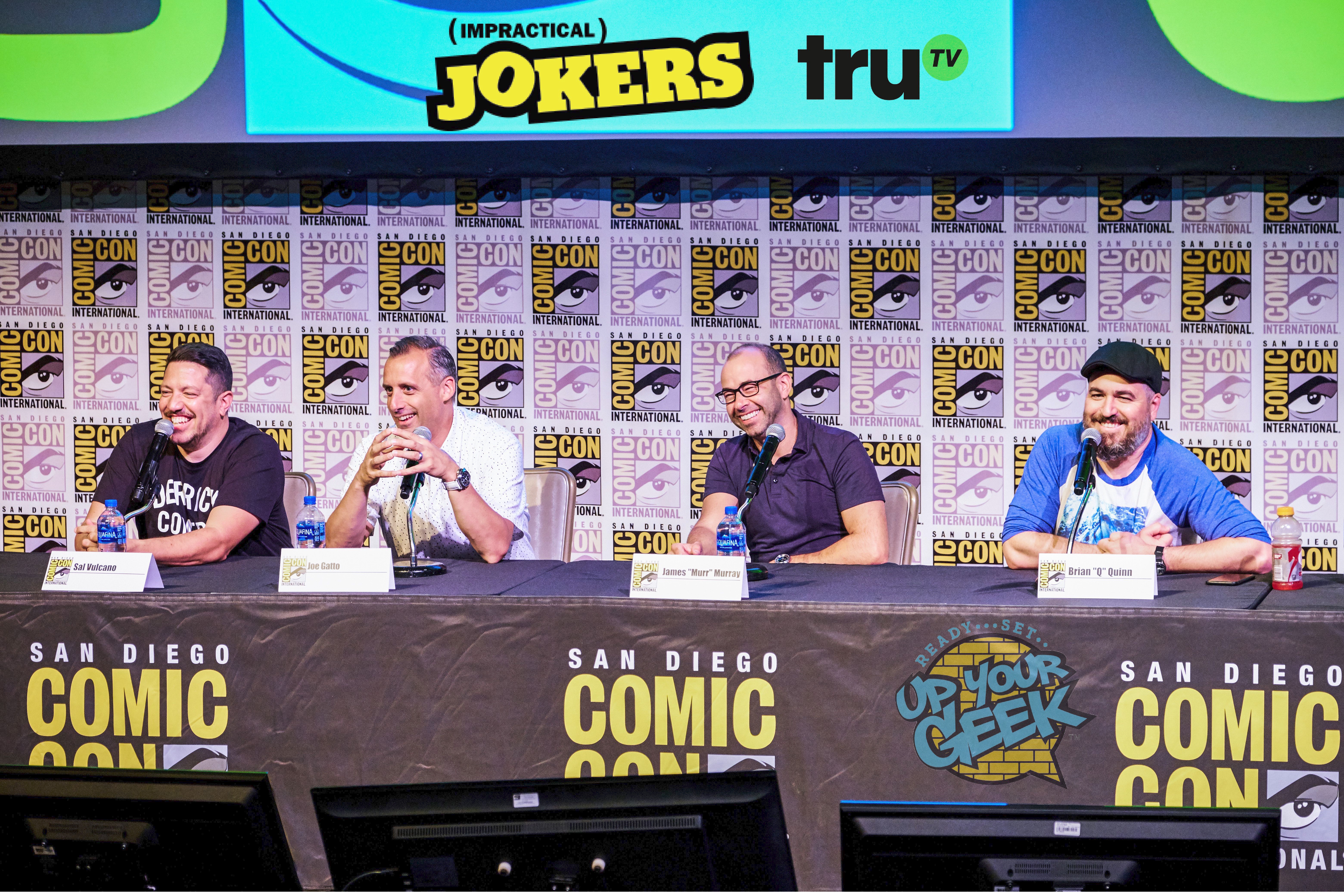 WarnerMedia’s truTV announced a ninth season order of its flagship original series – and cable’s #1 original comedy – Impractical Jokers, which guarantees more hidden-camera hijinks from James “Murr” Murray, Brian “Q” Quinn, Joe Gatto and Sal Vulcano on the network through 2020. The announcement was made by the four stars and lifelong friends in front of thousands of their fans on Saturday night at the fourth annual Impractical Jokers fan event at the Park at Petco Park in San Diego during a special live streamed Q&A.

The 26-episode order produced by NorthSouth Productions continues to build on the franchise’s massive success, which is anchored by the television series’ run as one of cable’s longest-running and consistently top-rated original comedies. Currently in its eighth season, Impractical Jokers ranks as the #1 comedy series in cable among P18-49, delivering an average of 768,000 people in Live +7 viewing and reaching more than 1.2 million total viewers each week. Created and executive produced by its stars Joe, Murr, Q and Sal – collectively known as the comedy troupe The Tenderloins – the series recently filmed its landmark 200th episode, which is slated to premiere early next year.

In addition to a reprise of its annual fan event in San Diego, truTV brought Impractical Jokers to Comic-Con® International for its first-ever panel this year, “Impractical Jokers: From Hidden Camera to Worldwide Success.” During the panel, the guys also shared with fans a first look at their upcoming series The Misery Index, a comedy game show hosted by Jameela Jamil and featuring The Tenderloins as recurring panelists, which will premiere on Tuesday, October 22nd on TBS.

“For us it’s a no-brainer to bring this show back for a ninth season and give the fans what they demand,” says Brett Weitz, general manager TNT, TBS, and truTV. “The guys consistently bring the funny and we are proud to be home to their hilarious antics.”

Since its debut on truTV in 2011, the Impractical Jokers television series has translated its fandom into an international, multi-platform and experiential juggernaut that includes sold-out live shows and fan events, an annual themed cruise which next sets sail in February 2020, a growing retail and consumer product business, and a mobile museum installation that will travel to three tour stops this summer after an exhibition at the Staten Island Museum.

So what do you think Freaks & Geeks? You up for another season of impractical Jokers?