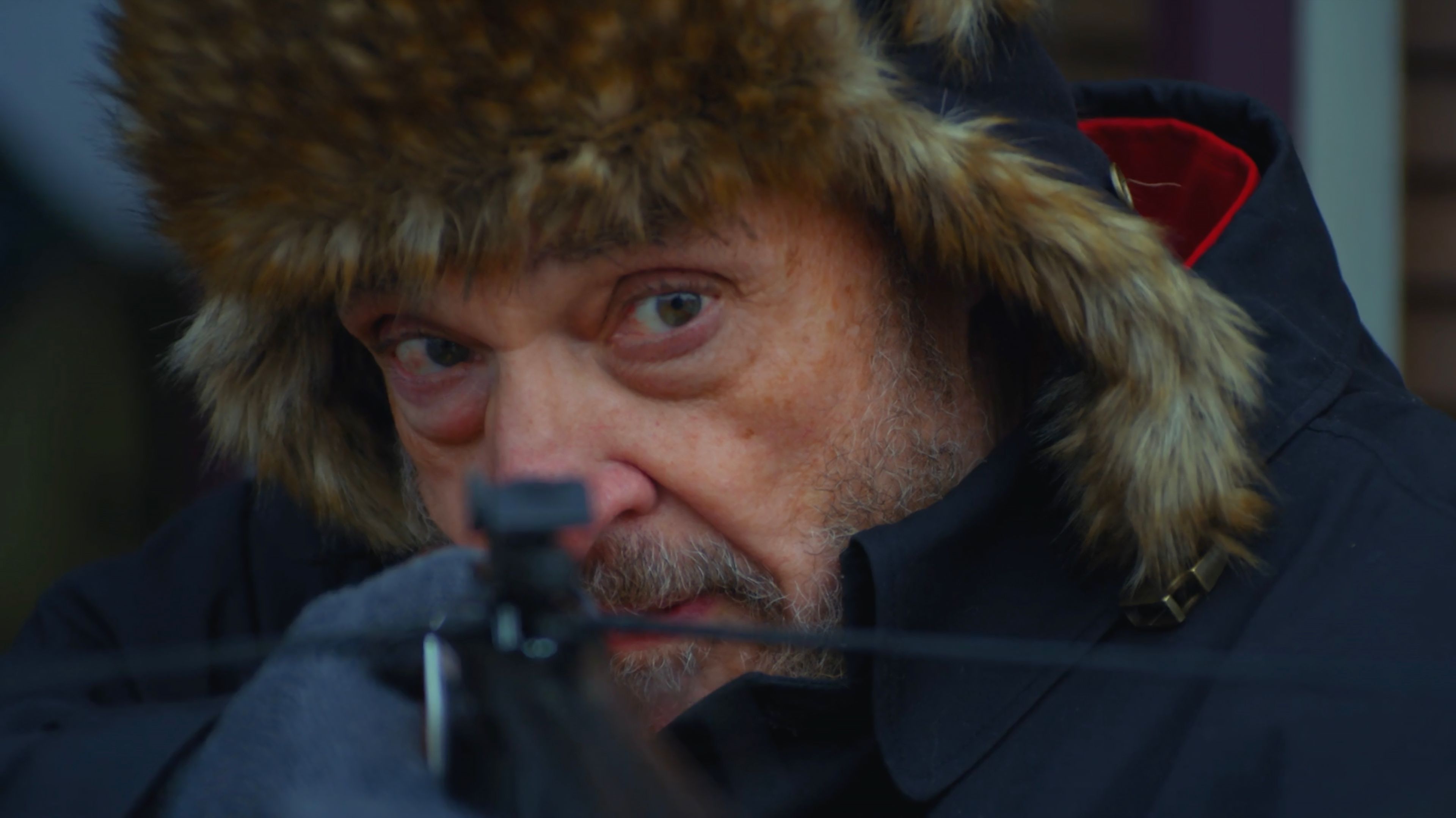 With Valentine’s Day rapidly approaching, so does the time for choosing an entertainment lineup to fit that holiday. Considering that much of the world is still dealing with the effects of COVID-19, this Valentine’s more than most, is the perfect time to sit back and watch a marathon of romantic-comedies, and one which might find rounds for this holiday is a small, quirky yet enjoyable film, Bad Cupid.

A Co-Directed feature-debut for Diane Cossa and Neal Howard, Bad Cupid tells the story of Dave (Shane Nepveu) as he deals with the lovesick aftermath of his relationship with his ex, only to find himself a part of a twisted love-scheme organized by the agitated God, Arthur (John Rhys-Davies), in the hopes of finding his ex and letting true love prevail. Following his breakup, Dave is consoled by his ecstatic cousin, Morris (Brianna Marin), with a trip to Vegas —which turns into a complete embarrassment for a heartbroken man in the hopes of relations with a girl he had met there. Upon returning to Buffalo, Dave realizes that his ex is engaged and soon-to-be-married, with only himself to blame —Dave and Morris are engaged by Arthur at a local pub. Arthur tries to calmly elaborate on his ideas for Dave by hinting at certain actions he could take to win his ex back, before showing him the groom, tied and gagged, in the pub’s washroom. This prompts both Dave and Morris to reevaluate what they want to do in the situation, and are taken on a hilariously charming adventure.

To say that Bad Cupid oozes early-2000’s indie vibes is an understatement. Between the pop soundtrack, cartoon cutaways, and quirky fast-talking characters, Diane Cossa and Neal Howard do an excellent job of creating a pleasant romantic-comedy whilst also meddling in some darker, and more violent themes (particularly in the character of Arthur). Katherine Castro does an impressive job with cinematography considering the lack of locations and set design, thus allowing Cossa and Howard to access extremely good framing, staging, and blocking that certainly gives Bad Cupid a much more impressive style.

The cast is what makes this movie work better than it probably should. Despite a script that portrays the most basic of dialogues between characters, Shane Nepveu, Briana Marin, Claybourne Elder, and John Rhys-Davis all give the film so much life and energy, with Marin being the standout performance. The character of Morris is hilarious and is more than just a “goofy sidekick” for our protagonist to be with, and portrays extremely effective chemistry with Nepveu. Briana Marin puts her all into the character, and it makes me want to see more comedic works from her. Of course it is always a pleasure seeing the legendary John Rhys-Davies, and always more so when you can tell he is enjoying himself with quippy lines and a comical bloodthirst for love.

Bad Cupid (originally titled Prick’d according to IMDB) is a classy, and original love story with dashes of fantasy, and even action, throughout. Although the writing can be shaky, the great dynamics of the cast is what holds this film together. It is extremely reminiscent of an indie-era that has been forgotten the last few years, and will have you, and your date, laughing and smiling this Valentine’s holiday.

“More than Myagi”: A Competent Documentary that Fails to Live Up to Its Premise/Title
Relatable, and Tangible Fear – ‘Little Fish’ Spoiler-Free Review