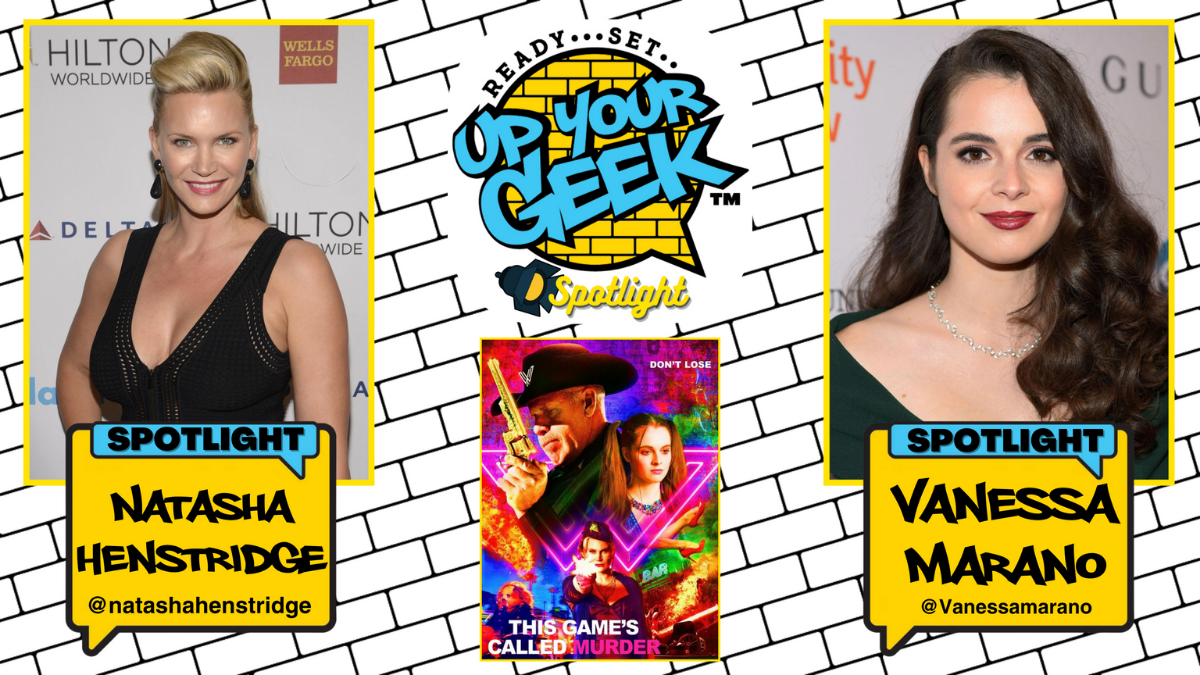 This Game’s Called Murder is an eccentric dark thriller-comedy from Cranked Up Films, written and directed by Adam Sherman, that ups the violence and insanity beyond anything you could have imagined for a film like this one. The film has an amazing cast, which makes you wonder what the actor’s thought of the movie once they read the script — because there’s a lot going on that will leave audiences confused and astounded by what the see as the film rolls on. The film also touches on social commentary and relates is some ways to the world we live in today. During my recent interview with director Adam Sherman and stars Natasha Henstridge and Vanessa Marano, we discuss that social commentary and I learn where Sherman’s head was when he thought up the concept, and what the films’ stars though of their rolls and bringing their characters to life.

“The seed of the idea was that I wanted to express corruption in the fashion industry. But then from there it just went out into my life had nothing to do with the fashion industry. Then from there I was like ‘Well I can’t just write about my life, I’ve got to turn this into some kind of crazy comic book.’ So I started out with corruption in the fashion industry, it was dirty and weird. Then I started just writing about my own wife and then I was like, ‘Wait this is like dirty and weird and then just boring.’ And then so I like kind of turned into a little comic book, wrapped up in a package and ‘Whammo!’ there you go.”

The film stars Vanessa Marano who give a great performance as Jennifer Wallendorf, the daughter of a famed designer of women’s luxury footwear (Ron Perlman), who aims to sabotage his sadistic business. Ron Perlman is eerily good as Patriarch Mr. Wallendorf who plays with his with his victims in a “game,” which has become a sadistic family tradition. Natasha Henstridge’s Mrs. Wallendorf is just as twisted as she’s dealing with hearing voices that boast sinister ideas and an often jolly murderous persona. If you enjoy dark, eccentric, comedic and violent films that don’t take themselves too seriously, this movie is definitely for you.

When you take a step back and see it for what it is, This Game’s Called Murder doesn’t quite hit the mark. The film can feel all over the place at times and non-cohesive. The film may have benefited from more scene editing. However, the cast alone is enough to give this film a watch.

This Game’s Called Murder is a dark and wickedly funny film about the eccentric members of the Wallendorf Family. Mr. Wallendorf, a fashion mogul and designer of iconic red high heeled shoes, Mrs. Wallendorf, his conniving brutal wife, and Jennifer Wallendorf, their daughter and a social media powerhouse who’s just trying to figure out love, friendship, and world dominance. The eccentric Wallendorf’s struggle to maintain the facade of a prominent successful family while their violent nature rips them apart.

Check out Vanessa Marano, Natasha Henstridge, and director Adam Sherman in this Up Your Geek Spotlight interview below as they discuss ‘This Game’s Called Murder‘ currently in Theaters and on VOD.