It’s time for some DC positivity! M here with a brand new article to start the month of November. Now, as we all know, the Suicide Squad film has an official rating of PG-13 which is very surprising to many of us since we expected it to be Rated R. It can work as Pg-13! They can still get away with some curse words and a bit of violence. I will bring up a terrible example for many people when supporting the rating… Fantastic Four reboot! Wait! Now, if you saw the film, you know it had a PG-13 rating and also had a LOT of cursing. One thing that comes to mind is that WB wanted a PG-13 rating so a younger audience can view the film without parents getting worried when seeing a Rated R superhero flick like Watchmen.

Zack Snyder… this man is a genius when directing comic book movies! Sure, his movies aren’t the greatest of all time nor have a 100% on Rotten Tomatoes but when this man directs a comic book film, he puts his heart to it and actually includes elements of the comic into the film. Sometimes he references panels from a comic and puts it into the movie. Let’s have a few examples: 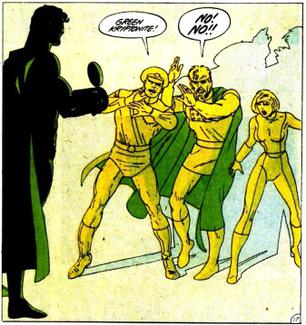 When Superman had no choice and the last resort was to kill Zod and his crew.

Snyder even attempts to pay tribute to the old Superman movies! If there’s one thing Snyder is good at, it’s directing comic book movies. Sure, the critics may be mixed about his movies but the audience and fans typically like his movies. After all, if the majority of the audience likes the film then it matters most since they’re the ones paying to see it and telling their friends about the experience. Now, we know that Batman v Superman: Dawn of Justice is hitting theaters on March 2016. What about the other films in the DC slate? Well, Snyder can’t tackle all the films by himself so we have other directors at the helm! Sure, Snyder IS the person helming the DCEU as in he is the one with the idea on where the Universe is going but other directors also have a say in their vision… unless it was to make Wonder Woman have a talking animal companion and other nonsense. We have guys like David Ayer who directed ‘Fury’ and James Wan who directed the successful ‘Fast and Furious 7’ and, of course, the unknown Seth Grahame-Smith. Do not worry! It appears that Smith has been talking with Geoff Johns!

It is possible that they’re discussing the upcoming Flash movie that Smith is set to write and direct and Johns is giving helpful insights of The Flash character and tips on how to make the right movie. It seems that the people set to make these DC comic films are trying their best to make everything right and correct their mistakes from such atrocities like ‘Batman & Robin’ and ‘Green Lantern’ which a reboot of the Green Lantern movie will be released in 2020. In DC movies, you have guys like Geoff Johns who go out of their way to talk with the directors and give them an insight on what can they do and Zack Snyder who seems to be involved in every DC movie and serving as an Executive Producer on each film. Both of these men are very passionate about comics and know their material on what to work with. Not to mention it seems that the directors have some creative freedom on how they want some characters to look, act, and how their movie will turn out. As long as the director doesn’t have some bizarre idea on the movie like MacLaren who had disputes with her vision on Wonder Woman. The actors and actresses cast in their roles have been great. Some odd choices but at the end of the day, talent is talent despite physical appearance from an actor that looks nothing like the comic book character they’ll be playing. Ezra Miller has talent. He’s portrayed deranged nut-jobs in ‘We Need to Talk About Kevin’ and a charismatic-youth in ‘The Perks of Being a Wallflower’ which has grasped my attention on the young actor. No one will look exactly like a fictional character in real life. Ben Affleck with Oscar nods and Gal Gadot who has been improving her accent over time and her physique. It’s all about talent and these actors have it. Sure, there have been mistakes in the past but we learn from them and try and improve in the future. Other than that, the fate of the DC Universe seems to be in good hands at the end of the day.