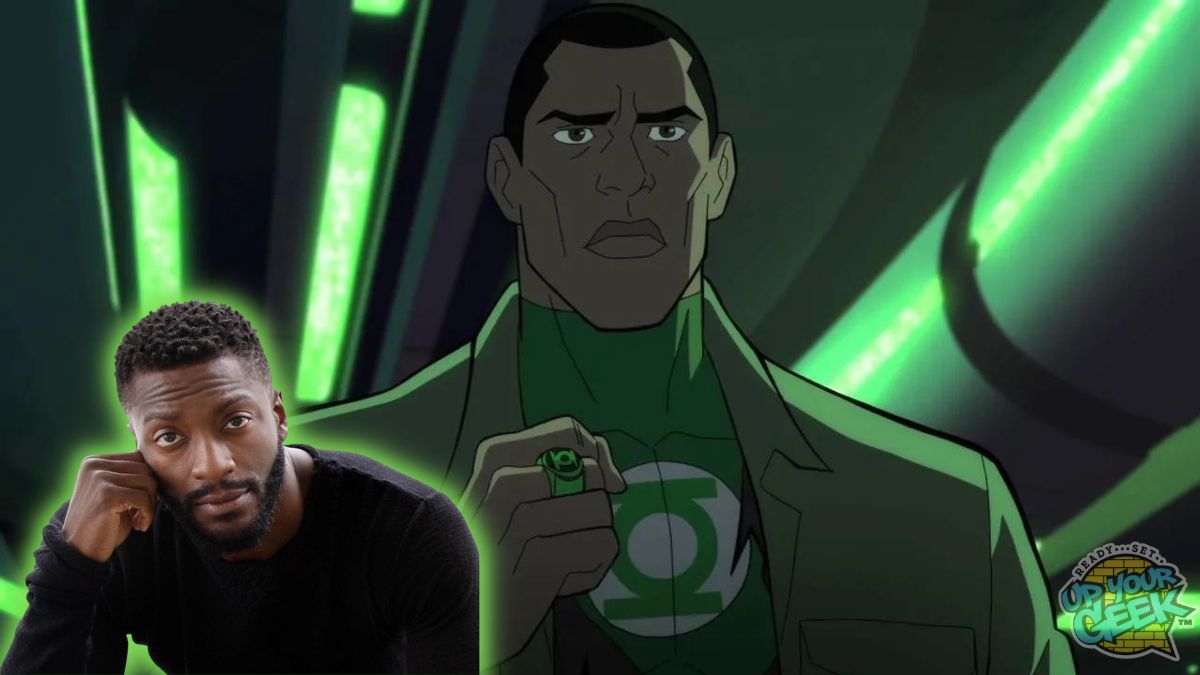 Warner Bros. Home Entertainment released the official trailer for the upcoming Green Lantern: Beware My Power animated film that spotlights John Stewart in his first lead animated feature. Back in October 2021, Warner Bros revealed a new slate of animated features that would be released and on that list along with Catwoman: Hunted, and Teen Titans Go & DC Superhero Girls, was Green Lantern: Beware My Power.

John Stewart was created by the late Dennis O’Neil and Neal Adams, who passed away last week. Stewart first appeared in 1972’s Green Lantern #87. Since his debut, Stewart has gone head-to-head with some of DC’s most formidable villains and been an integral member of Green Lantern Corps and the Justice League. While ‘Beware My Power’ isn’t Stewart’s first time being featured in an animated film, it is his first time headlining. Actor Phil LaMarr previously voiced the hero in the DC Animated Universe. Voicing the titular character now is Aldis Hodge (Black Adam, One Night in Miami, City on a Hill) —who many may know will be bringing another DC Super Hero to life on the big screen, Hawman, in the upcoming Black Adam starring opposite Dwayne Johnson slated for release later this year.

The official synopsis: “In Green Lantern: Beware My Power, recently discharged Marine sniper John Stewart is at a crossroads in his life, one which is only complicated by receiving an extraterrestrial ring which grants him the powers of the Green Lantern of Earth. Unfortunately, the ring doesn’t come with instructions – but it does come with baggage, like a horde of interplanetary killers bent on eliminating every Green Lantern in the universe. Now, with the aid of the light-hearted Green Arrow, Adam Strange and Hawkgirl, this reluctant soldier must journey into the heart of a galactic Rann/Thanagar war and
somehow succeed where all other Green Lanterns have failed.”

According to the official press release, fans will get to witness the action-packed induction of John Stewart to the Green Lantern Corps, and his first thrilling adventure alongside some familiar faces, when Warner Bros. Home Entertainment releases Green Lantern: Beware My Power on 4K Ultra HD Blu-ray Combo Pack and Digital on July 26, 2022.

See the official trailer below: