Hey there, fellow freaks and geeks! M here with an opinion piece article. Now, something about this is that I have already wrote this for an essay in my English class but I have decided to post some of it here along with new input. What this will be about is how superhero movies have changed in the past 15 years, and, ever since Nolan came to the scene, superhero movies have never been the same. Imitating the realism, dark and gritty tone from The Dark Knight Trilogy and it’s success on giving rebirth to Batman and the illusion on how it can also make other superhero movies try to imitate his way. It is without a doubt that the superhero genre is the fastest growing genre in recent years. Where did it all begin? Well, it all began with X-Men.

Ah, what a great time to be a comic book nerd in the late 90’s and early 2000’s… wait, never mind. Unlike today, there were few comic book properties being adapted into the big screen. One of those was Fox Studios who bought X-Men from Marvel during their harsh time surviving. Fox decided to do a film with their newly acquired rights and chose Bryan Singer to direct the X-Men movie. When the film came out, there was positive buzz all around and that made more studios buy rights to comic book characters to make a movie adaptation from them. Warner Bros. still had their DC line-up and they wanted to reboot the Batman franchise after the disastrous Joel Schumacher movies. Along came Christopher Nolan in 2003.

When WB announced that they had finally chosen a director for their Batman reboot, there was little joy heard throughout the world of nerdom. Nolan said that he wanted to bring realism to the world of Batman in the upcoming movie. Batman Begins came out in 2005 and performed not so well at the box office. Despite only gaining back twice as much as the budget, what really helped Begins was the high critical and audience praise for the movie along with strong DVD sales. Frank Miller, known to be now one of the grumpiest men in comics (we still love you, Miller!), even gave Batman Begins a passing grade and praised Christian Bale for his performance as the main character. This gave other studios an idea on what to do – or how to do – their next movie installment based on a superhero. In short, many movies tried to imitate the Nolan way. For some, it worked. Others? Well, let’s look at one of the most recent superhero movies that came out which was The Fantastic Four

On August 7th, 2015, Fox’s newly rebooted Fantastic Four came out in theaters to negative reviews. Again. This new one was different than the old ones in the way that it was based more on the Ultimate Fantastic Four than the 616 Fantastic Four. A younger cast, teleportation, abusive household. Josh Trank was set to direct this film and was said to have creative freedom from Fox to make his vision come to life. There was a lot of fan backlash for the new reboot despite having little information on the movie besides the young cast and Trank and Kinberg saying that they new film was going to be set in a realistic world along with a dark and gritty feel. This angered many fans due to the team having a light-hearted, family sitcom feel to it. Not to mention the criticism of these supposed “fans” on the race change of the Storm family and making Sue adopted.

How did the realistic and dark tone to superhero movies came to be? We know it’s because of Nolan and his Batman movies but remember Joel Schumacher? WB told him to make the movies campy and family friendly. This came with criticism and outcry which nearly destroyed the Batman film franchise. Nolan basically saved it. Did Trank wanted to do the same to Fantastic Four? Who knows. For now, I want to talk about another superhero reboot.

Man of Steel came out on June 14, 2013 to mixed reviews. The critics didn’t like it but the majority of the audience did. Many criticized how they strayed away from the Donner-Reeve Superman in this version. Basically, the core of the character when I tend to disagree with them. I loved this movie and think it’s one of the few accurate portrayals of Superman on the big screen. It used elements from various Superman comics old and new. From John Byrne’s ‘Man of Steel’ comic to Mark Waid’s ‘Birthright’ along with Geoff John’s ‘Secret Origin’ and ‘Superman: Earth One’ Okay, the Man of Steel review must be for later! The film portrayed him as a dark superhero without his “good ideals” and was more action-oriented in this grounded and realistic world. It seems than Man of Steel tried to imitate Batman Begins and, judging by the Batman v Superman: Dawn of Justice trailer, WB is still trying to keep going with the dark and violent tone which has worked in the past for them.

Back to Marvel! We have seen some movies fail while others succeed in being grounded in realism. Why did Batman succeed? Why was Man of Steel mixed? Why did Fantastic Four fail big time? Does Batman work because ever since the 1980’s he’s always been portrayed as a dark superhero while Superman has been so-so on that dark side and Fantastic Four have never been shown in that light? Or lack, thereof.  Is it because DC is the more adult-oriented while Marvel is the family-friendly one? Not exactly! On April 2014, Netflix released the Daredevil TV series which was extremely dark when compared to the movies while The Flash TV show has some light-hearted themes and comedy in it. Not to mention Supergirl looks like it’ll have that Donner-Reeve vibe. Of course, they’re the TV shows and not the movies. DC has stated before that the “no joke” rule has been debunked. It’s a lie.

With a movie like Shazam coming out, it would be no shock to see some family-friendly humor with that light tone to it incorporated with action because that’s how the Shazam character is. A boy who says a magic word and turns into a superhero with an adult body while retaining the mindset of his kid self. 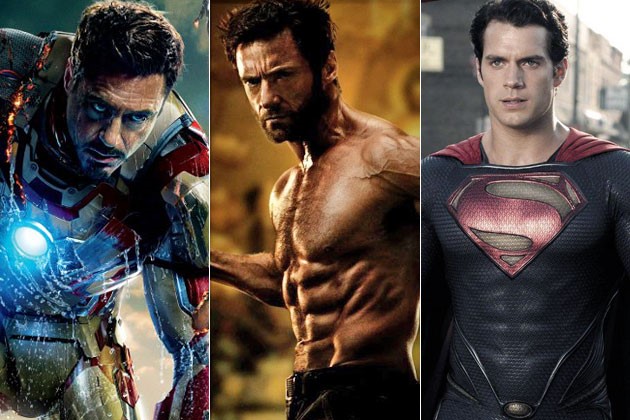 Sure, while very few of these movies do work when grounded into realism such as Nolan’s ‘TDK’ trilogy while others fail to see the light of day such as Fantastic Four, it’s no secret that not everything works when trying to imitate the success of Batman Begins or when you constantly make movies using the same formula and crack jokes all the time… lookin’ at you, Marvel. That starts to get tiring, in my opinion. I don’t think that having a dark and serious movie would instantly mean success or have a fun and comical movie would also mean success. I believe you can have both elements or make a few of the superhero movies original in their own way with their own personal theme. It usually works elsewhere such as in TV or in the comics. It can surely work with the movies! One of the things you need is to have a good director, a great cast and crew, and a studio that would allow you to have a bit of creative freedom. I mean come on! The studio is the one who hires the director which means that there is some trust in there for them to allow a director to have freedom to make the vision they want to. I’m pretty sure you get what I’m trying to say here and this isn’t really the essay I submitted. Although there are some things I wrote in the essay that I have included in here but the majority of it was all thought up as I went along and wrote it with what I truly feel. I hope you enjoyed it! Be sure to check us out later on since we plan to get things more active in here and on our YouTube channel as well.

WB’s ‘Justice League Dark’ Is Set To Film in 2016!
Why The DCEU Is In Good Hands