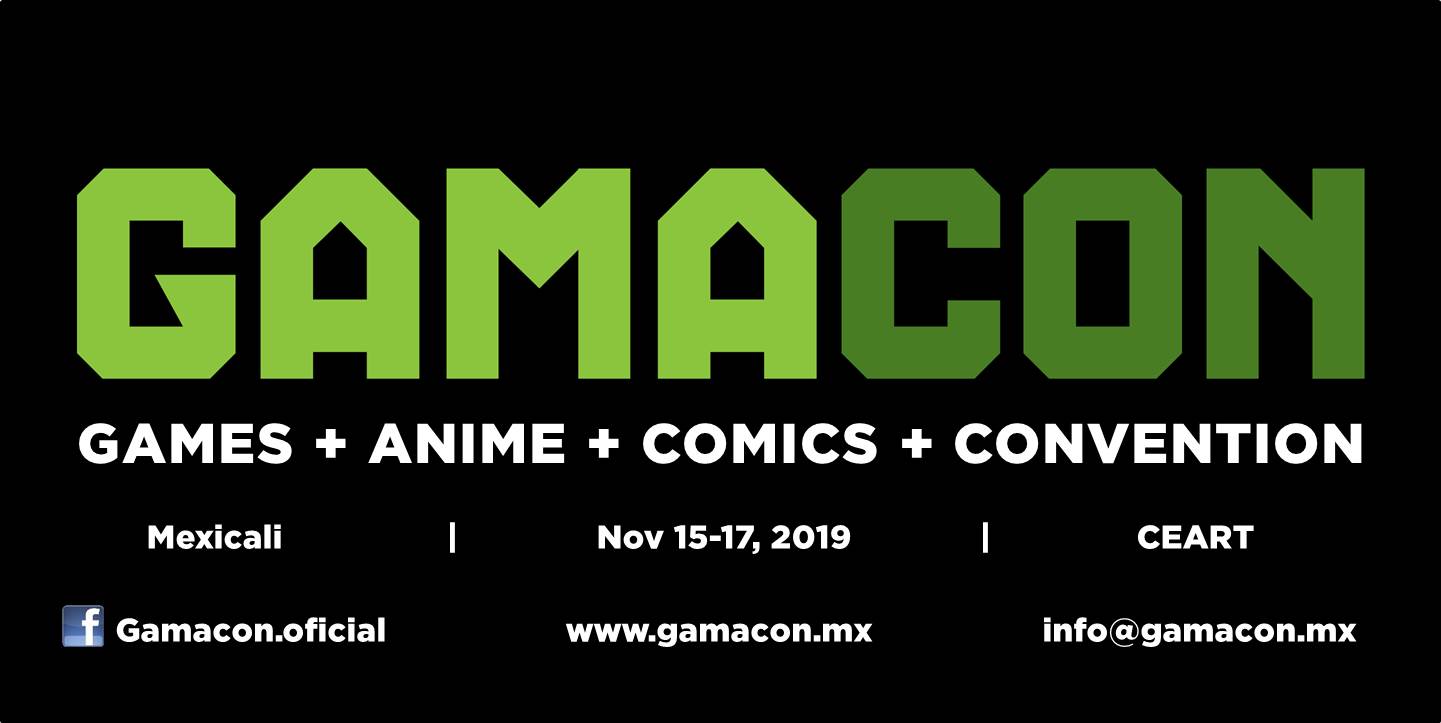 On November 16th and 17th, Mexicali held its annual Games, Anime, and Comics convention, or ‘GamaCon‘ for short. I was only able to attend the convention on the 16th, and wasn’t able to go on the 17th due to time restraints. There were tons of geeks at this convention, and loads of vendors and guests as well. I managed to take a video of the entire convention as well as a bit of a Q&A with Lee Kohse and Tommy Yune when they discussed their work. You can check both videos out here and here.

There were lots of booths that sold merch and reading material. One of the shops that had tons of comics for sale was ‘Bazar Del Comic‘ which also holds an annual convention in the city and also hosts premieres for comic book movies. You can check out their Facebook page here. The last two pictures were from a shop called ‘La Melena de Lion‘ they sold keychains, jewelry, necklaces, etc. I managed to purchase a Legend of Zelda keychain from them. You can check out their Facebook page here.

The top picture of what I would call the ‘promoter’ section is ‘Last Call Games‘ who brought some VR gaming to the convention. Check out their Instagram as well as other social media via @LastCallGamesLA. The middle picture is Patoli Studios, a small group of game developers who strive to give the best gaming experience to the player and create useful apps for everyday life. You can check them out on Facebook here. Finally, GameTree is an app for gamers to discover friends, games, news, events, and more based on your unique tastes and personality with AI.

The first picture in the artists section is from ‘Mxli Eventos‘, a shop dedicated to making replica weapons, gear, props, etc., of many comic book, anime, and movie series. You can check out their Facebook here. The middle picture is a local artist who was drawing people at the convention in either a normal, anime, or Simpsons style art. You can find him on Facebook here and follow him on Instagram here. Finally, the last picture is of Adari Cruz, another local artist who was selling stickers, prints, and some of his art at the convention. You can check out more of his work via Facebook here and his Instagram here, and anywhere else @AdariCruz.

One of the many guests is Keithan Jones, the founder of KID Comics and creator of the comic series ‘The Power Knights‘ which he was promoting at the convention. Currently, Jones is working on the 5th issue of The Power Knights. Here’s a description of the series

Pawns of a tyrannical king, Metal Star, Bluzara, Dragon Blaze, Camouflage, Princess Raxi and Warseed, were forced to use their special powers to wage war on hundreds of worlds in the outer universe. Through mysterious intervention, they are reawakened on Earth free of the king’s grip. Vowing to not interfere with the affairs of mankind, they retreat into a reclusive life to ponder their atrocious past. However, Warseed soon breaks the vow with visions of becoming a god on Earth. The ultimate master of mankind. Inspired by a boy named Kandle, the remaining five form The Power Knights in hopes of redemption and to defend mankind against imminent doom.

Our other guests attendants were Lee Kohse and Tommy Yune. Kohse is an illustrator for Star Wars, Voltron, Lord of the Rings, Indiana Jones, Aliens, Marvel/Disney, and plenty more! He’s also a writer and artist for comic books. Kohse came along and did a panel where he talked about how he got started in the industry and even did a Q&A at the end. He’s also a Twitch streamer. You can read more about him and check out his work here. Our next guest I’ll be discussing here is Tommy Yune, a comic book writer and videogame producer. Yune has worked on projects such as Speed Racer, Robotech: The Shadow Chronicles, Robotech: Invasion, Robotech: Battlecry, and The Journeyman Project. Yune discussed his start in the industry as well as talk about a live-action Robotech movie that Sony Pictures plans to produce. Yuna mentioned that they are almost done with everything involving the movie, but they still need to find a director. There were other guests at the convention that appeared later on in the day or the following day when I wasn’t available to attend. One of those I missed was Pepe Toño Macias and Jose Gilberto Vilchis. Two voice over artists who do Spanish dubbing for notable movies and shows such as being the voice of Captain America, Deadpool, Joker, Legolas; and Vilchis does the dubbing for Loki in the MCU, Neji Hyuga in Naruto, Van Fanel in The Vision of Escaflowne, and Andromeda Shun in Saint Seiya.

Our first guest is none other than Misa Madoka. Originating from Tokyo, Misa Madoka came to Mexicali for a visit. Madoka participates in national and international conventions worldwide. You can check out more of her on Facebook, Twitter, and Instagram.

Here we have CarrieLove Cosplay. A local cosplayer who had a small booth at the convention where she was selling signed photographs of shoots she’s done. You can check out more of her via Facebook and Instagram.

A local cosplayer known as Namitsuki. She has many years of experience under her belt. I remember bumping into her at YumaCon 2015 many years ago. Check out more of her on Facebook and Instagram.

Next, we have James Waffles on the right and on your left would be Hime Kai. Both local cosplayers who are rising to the top. You can check out James’ Facebook page here and Hime Kai’s Facebook here, and her Instagram @Hime.Kai.

Last but not least, I bumped into yet again Yuulex Cosplay. A two-person team based in Mexicali. They were participating in the cosplay contest that day and are currently planning big things ahead for 2020. You can check out their Facebook here and their Instagram @YuulexCosplayOfficial.

Here, we have a few pictures of cosplayers I saw at the convention.

Well, we’ve reached the end of the convention. I was only able to attend the Saturday one and had to leave early as well, but I managed to capture some sights to show you, the reader, and of course two videos that are on our YouTube, which will be linked below. The first one is a general walkthrough of the convention and the second one is the panel and Q&A with Kohse and Yune. Gamacon is hosted yearly, and you can check out more info about them here.

Chris Pratt to executive produce and star in sci-fi thriller ‘The Tomorrow War’
Watchmen Ep 6: This Extraordinary Being Review (Spoilers)