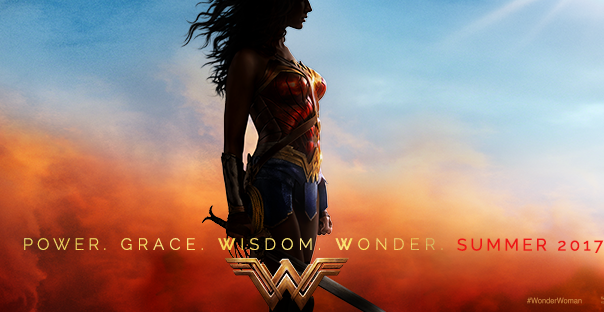 Okay, there seems to be some confusion about this Wonder Woman: Director’s Cut recently rated by the MPAA. To make things clear, this is not for the live-action film this year. This was for the animated film back in 2009. How would the Wonder Woman film that’s coming out this year have already been rated back in 2009 when it wasn’t even in existence back then? I really shouldn’t have had to mention this yet there are already those complaining about the DCEU having a director’s cut for Wonder Woman (2017). But don’t just take my word for it. Here is the actual bulletin from the MPAA. If you look at the Wonder Woman film, it says it’s an extended cut. Don’t be deceived by this. Look at the note at the bottom.

If you look at the date, it says January 7, 2009. How would a film that was planned some time in 2015 would have been rated 6 years prior to its inception? What they mean by this is the animated Wonder Woman film that was released on March 2009. I did some research on the film last night since it was the first time I heard of this R-rated version and saw that the animated film was going to originally be R-rated due to violent scenes which had to be cut from the final version of the film. Here is an article on Wired.com that states that Wonder Woman was going to be rated-R back in 2009.

“…producer Bruce Timm has admitted that the first cut of the movie sent to the MPAA received an R rating.”

Of course, this won’t stop click-bait articles by other comic book websites that mislead people by the title of said article and the content within. They mention that it’s the live-action Wonder Woman film that will be rated-R, and not the animated film. I honestly think that geek related websites are hyping this up on purpose due to the success that Logan currently has, so they probably saw the film ratings and decided to write their piece on it but leave out the crucial note that it’s for the animated film and not the upcoming live-action film. I think WB will be releasing the extended cut of the animated film to coincide with the upcoming release of Wonder Woman which is less than three months away. Also, I’d like to mention WB has released R-rated DC films in the past. Watchmen, Constantine, V for Vendetta, and the more recent Batman v Superman on home video. So no, WB isn’t doing a knee-jerk reaction because of the modern success of Deadpool and Logan. Remember, it’s going to be the animated version, not the live-action one.

Logan review: A Future Classic
GUARDIANS OF THE GALAXY VOL. 2 REVIEW: GROOVY AS EVER, MARVEL