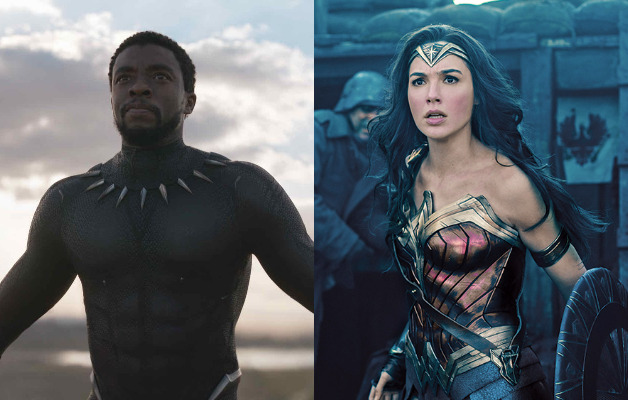 The Entertainment Industry is a constantly moving and changing environment. New technology has allowed for an advancement in a lot of areas whether it be streaming music, television, or films. This rapidly changing environment is certainly shifting how entertainment is made and how it’s sold. There is a lot of greatness coming from this age and we are currently in an amazing era for entertainment converging with technology. This shift in the way things are being produced and for what platforms has also made something even more abundantly clear in terms of entertainment, which is how crucial having a diverse group of individuals reflected in art really is. The internet has given a voice to the voiceless and people have been demanding for more inclusive entertainment to reflect a wider range of individuals and their tastes. While to many who are highly represented in entertainment they may not understand the importance of diversity. They may even be resistant to that, but for a society to progress and for art to get better there needs to be more diverse creators leading the charge. There has to be a wide group of people telling their stories because it not only helps entertainment as a whole, but it can also open the door for more equal treatment of all people. With this article I hope to bring light to something that needs to be discussed. It’s something we value here at Up Your Geek.

Diversity is a broad term so it is important to define what I mean by diversity. The Entertainment industry has been dominated by mostly white, straight people. There hasn’t been much space for more inclusion in the past. When I talk about diversity there are several factors at play and it covers a wide spectrum of people who are part of underrepresented groups here in the US including women who have often been pushed to the side by men. This is a major factor in why there aren’t that many female directors making big films. It’s important to understand the groups that need to be represented and to do so I’ve chosen to focus on two groups that certainly deserve the representation.

While the majority of people in the US are white there are large sections of people of color who are part of the minority. While their presence in the media is there it has been greatly hindered throughout our history. White actors used to portray asian and black people using fake stereotypical accents and ridiculously racist costumes. While for the most part that sort of thing is looked down on in 2018 that doesn’t mean that there still isn’t an atmosphere of racism even among those that like to think they are better than that. Racial minorities are some of the most underrepresented groups in the Country. While things are getting progressively better the majority of projects are still overwhelmingly white led.

The importance of racial diversity in any sort of project mainly comes down to the fact that there are way more than just white people that need to be seen in mainstream entertainment. Different people of different racial backgrounds in public positions plays a huge part on the hearts and minds of individuals who also come from said backgrounds. Seeing yourself represented in multiple fashions in a positive light will allow you to have someone to aspire to be. It makes you feel proud of who you are and what you look like. The less diversity of race you have the more likely that racism and bigotry are given a platform to exist. Diversity in entertainment for race can break down barriers. It can do so much for not only the people of color in this country, but for everyone of every race and ethnicity.

The LGBTQ+ community is one of the most undervalued and targeted groups in the country. This community consists of people who exist on either the gender spectrum or have one of the multitude of different definitions of sexuality. I’ve written about this community in the past on my Gaming and Inclusion article, but this group is worth mentioning here because they are still a vastly mistreated community. In a similar fashion to racial portrayals LGBTQ individuals’ history with representation has been murky. They’ve often been used as a joke to play off the straight lead characters. They were seen as tools in the stories and they didn’t have their own identity. While things are getting progressively better there still is room for improvement.

The importance of LGBTQ+ equality comes down to how these people have been treated. They are often harassed for their existence and in the case of transgender individuals lately they have been murdered for existing. The growing number of violent incidents is a result of pure ignorance. The importance of representation in entertainment comes down to showing the humanity of people in this community so that ignorant people can gain some empathy. The best goal of any artform is self-expression and this self-expression is important in showcasing humanity. Highlighting the emotions in individuals is what art is truly about. That is how art connects to people and with more equal representation of this community there is a possibility that more people will learn to accept these people for their differences. It’s also important to have positive role models for young LGBTQ+ individuals who feel like the world is often against them. Showing and saying that they are valid is so beneficial to their mental health and self-worth. They are worthy of love and  deserve acceptance for who they are.

While work definitely needs to be done it’s impossible to avoid mentioning that there has been some incredible examples of Diversity especially over the last few years. Earlier this year I discussed about the importance of Black Panther. It showed an entire African civilization as the most technologically advanced civilization on the planet. It was a positive representation of not only Africans, but black people in general and the world felt it with people lining up to see it. It was a massive success not only critically, but  financially. It shows that a non-white superhero film could easily dominate the box office and make money and it was a step in the right direction.

There has been a growing presence of inclusion within the area of television. There are so many avenues for series to do experimental and interesting things within the art form on multiple platforms. One of the best shows of recent that did a phenomenal job of inclusion was that of Pose. The FX show produced by Ryan Murphy follows the lives of Transgender women and gay men trying to make a life for themselves in New York during the late 1980s when the AIDS crisis was in full effect. It’s not only a phenomenally written show, but the cast is made up of Transgender Women of Color playing Trans characters. This is a huge step forward in that the show is centered around the Trans characters. They aren’t a side character in someone else’s story. They are the story. The show is even written and directed by Trans women and that is an incredible feat for dealing with a society that still holds on to intolerance.

Television is the best place for Diversity to thrive. There is a lot more freedom not only in content, but in what platforms produce shows. Television is an excellent springboard for diversity, but when it comes to film the  problems are still ever present. There’s still a lot of work to be done to improve.

The Entertainment industry is a tricky business to jump through. A lot of it has to do with who you know, but a big issue that has plagued the industry is that it is still mainly controlled by white cisgender men. It’s something that has been the norm in the US for a long time and it has hindered the prospect of more diverse voices being heard. This issue starts at the top and while things are getting better this still continues to be a rampant issue. It’s hard to think of many mainstream movies that have either an LGBTQ lead or a person of color. The majority of bigger studio films still lean on white actors to tell their stories. While inherently having a white actor has nothing to do with quality or lack of diversity on an individual matter it can still be a sign of just one component of a much larger issue.

One of the biggest things that is currently being addressed is the issue of white washing. This is where a white actor either replaces the role originally played by a person of color or they are adapting a work which had a person of color in the lead and they change it so that a white actor has the part. One of the biggest controversies in the last few years was when Scarlett Johansson took on the role as the Major in the live action Ghost in the Shell adaptation. The character she portrayed is originally Japanese and the film didn’t do it any justice by having the character remain Japanese. Just recently she came under fire again when she was set to take on the role of a real life Transgender Man for the film Rub and Tug. She dropped out of the role due to the backlash, but it’s another example of Hollywood’s tendency to have white actors even step into roles they shouldn’t be. White washing has been a staple of Hollywood since the beginning and changing this trend will certainly be a battle.

One of the biggest issues with more diversity is the backlash that comes from said diversity. In the World of comics there have been huge and angry backlash from comic fans upset that there are more comics featuring diverse heroes and oftentimes they take diversity as a threat. Geek groups have been known to harbor intense feelings from angry, white men. This issue is indicative to media in general as well with a strong group of people who oppose seeing non-white or non-straight individuals have more prominent roles. They harbor such unnecessary hatred and they are the reason why studios need to push for diversity. With a push in that direction feelings can change and things can improve, but being fearful of said change will just inevitably hurt everyone involved.

The biggest threat to art is being stagnant. Without change and without improvement art can definitely stay stuck in a loop without improving or becoming any more interesting than it currently is. The lack of diversity both in front of and behind the camera is often telling. It’s stifling voices that can bring something new. It’s quieting perspectives and it’s not allowing for society to improve. The more diverse people and options the better the outcome for everyone, but especially for those individuals in marginalized groups. In the end a wider and more diverse environment for entertainment is incredibly important. It means a whole lot to those individuals who aren’t given the spotlight and they make everyone feel like they are worthy of existing. With this right mindset who knows what can be achieved as a result. I just know that myself and everyone here at Up Your Geek long for more diversity in every aspect whether it be gender, race, sexual orientation, and gender identity. We demand progress and while that may be hard for some it’s not impossible to achieve.