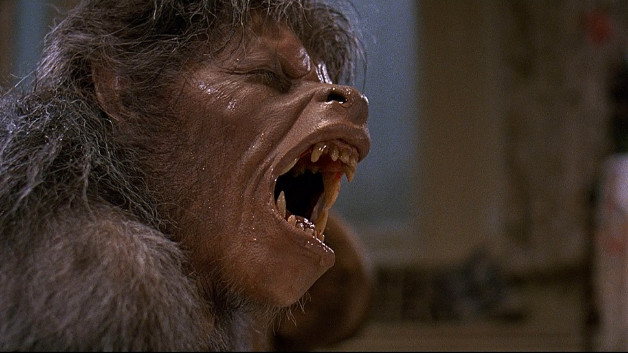 Horror films and Halloween go hand in hand and while I’ve been taking the time to enjoy as much delightfully spooky horror content as possible I also wanted to bring something to Up Your Geek that is worth a dissection and analysis given the time of the year. The 1980s was one of the most fascinating times for Hollywood filmmaking. It’s the era that cemented the idea of Blockbuster projects and with filmmakers like Steven Spielberg who produced massive mainstream hits that made a lot of money. Star Wars contributed to that and in the midst of all of these milestones there began a movement of filmmakers pushing the limits as to what horror is. They blended a reaction to what was going on socially and politically and put out some of the greatest horror films of all time. Some of these films were certainly shocking, but other films embraced camp and were essentially fun. The 1980’s brought to horror a sense of fun that is unlike any other decade and it will be a fun ride to look at these examples and see why this is the case and what made them the way that they were. So grab your popcorn and prepare for a trip to the past with a look into why 80’s horror films were so much fun!

The 1970’s was a landmark era for horror with the arrival of the MPAA rating system some filmmakers felt the need and the desire to push the horror genre as far as they could possibly go essentially creating the Grindhouse Exploitation genre with a severe amount of sex and violence present in the films. While most of these films were not great they did set a precedent for the shocking nature of horror as it evolved into the 80s. Incredible advancements and work were being put into makeup, prosthetic, and gore effects during the 70s and by the time the 80s came about the art had drastically improved. It shifted from being minimal to being spectacle because it looked good enough to be at the center of these films. With the freedom given from the MPAA ratings board as well as the money from larger studios more interesting things could occur and the boundaries could be pushed.

The reason why makeup, puppetry and prosthetics improved was because of the tireless efforts from artists like Jim Henson, Tom Savini, Rick Baker, Stan Winston, and many others.  They were instrumental in changing how all of these effects were incorporated into film. These modern effects were able to unleash a spectacle of violence and creature carnage that was extremely realistic looking, but also incredibly intricate and visceral. The 1982 classic film, An American Werewolf In London is an excellent example in that it shocked audiences with its incredible use of makeup and creature effects done by then newcomer Rick Baker. The film not only had moments of violence and gore as in some of the deaths, but also employed one of the most impressive effects ever put to screen in that of a werewolf transformation. Its impressive qualities even earned him his first Academy Award essentially  kick starting his career into the 80’s and beyond. Another film that was released that same year was John Carpenter’s The Thing, which has some of the most shocking moments in horror film with intense gore, mutilation, and scares that made that movie stand out amongst any other horror film of that time. There was not anything like it and while that film was initially received poorly it has gone on to be considered a masterpiece and I feel like that film is a perfect starting point to the special effects and gore that was so ever present during that era.

The way that cameras were utilized, the use of new technology, and the craft of makeup and monsters were vastly improving. This increase in film technology sets apart the 80s era because so many horror films used this to their advantage making giant spectacles. These films were fun because of the amazing work and effort put into seeing things that hadn’t been seen before in film. The technology helps us understand the importance of these  improvements in general, but there is more than just technology to understand why these films came about and why they were so much fun. It is incredibly important to look at these film in context of the time period and what was happening in the world socially.

The 1970s era of horror were a total reflection of what was happening in the World. With the Vietnam War the US had a complete disaster on their hands and filmmakers responded with films that reflected upon the chaos that had been brewing. These films really did give audiences a reflection of society, but even as time continued on and the war in Vietnam ended there was still a brewing energy of mistrust from citizens of the government. People were more afraid of the lengths at which the government will go and even more so horror filmmakers used these feelings and channeled them into interesting films that decided to give a middle finger to the establishment.

The most important thing to know and why these films are fun is that 80s Horror embraces comedy. They don’t try to be incredibly serious unlike many of the 70s horror films. They lean into the goofiness and while there are still a great amount of serious and intense films from this era the most fun horror films allow for comedic moments to occur. This allows for a boom in Comedic horror movies including films like Creepshow with its campy callback to 50’s horror comics, Return of the Living Dead that had speaking zombies and comedic timing, and Night of the Creeps with alien slugs that turned people into zombies. These films were extremely violent, but at their core they were comedic in tone. They let the jokes and silliness be at the forefront. In giving this more context this was in the middle of the Cold War where there was still fear of Russian intervention, but also a mistrust about how the Government treated its citizens. The comedy was a way of entertaining an audience, but also allowing for a satirical edge to seep in. One of the most biting satirical horror films of the 80’s era was John Carpenter’s They Live. Its plot centers around the discovery that aliens have successfully invaded and have made themselves a part of civilization secretly hiding not only themselves, but also messages within media. These messages are subliminal and get people to follow blindly and to buy things without having original thoughts or ideas. This was a huge slap against the face for the Reagan political era. It’s about a sense of control over personal freedoms and one should not just simply follow their Government blindly. That film brilliantly uses the Sci-Fi Horror edge to deliver a funny and meaningful satirical jab.

Satire and comedy went hand in hand during the 80s and while these films are important many of the fun horror films were also just for fun. They were fun experiences with no deeper connection to them, which in itself sets these films apart. A lot of the films didn’t want to necessarily challenge people, but to entertain them whether it be through comedy or thrills. The era has its own unique edge to it that simultaneously was a buck against the system, but also contributed to the capitalist intentions from Hollywood studios. The many came rolling in with the success of horror franchises and more specifically the slasher genre.

Some of the greatest horror masterminds did their best work during this time. These include John Carpenter, George A. Romero, Sam Raimi,  and Wes Craven. They all contributed to the era in their own individual works and what they essentially did was reinvigorate the concept of the Horror Monster and the Horror Icon.  It’s impossible to discuss 80s horror without the trend of the Slasher film and the Slasher Film Monster.

The genre of the Slasher films is often characterized by one killer picking off stupid teenagers one by one with more and more gruesome deaths as the story progresses. In a lot of these films the killer has a mask on and there is generally so surprise twist to who the killer really is. It’s a genre that can work very well, but the 80s came to define it with the introduction of Freddy Krueger in  Wes Craven’s 1984 masterpiece, A Nightmare On Elm Street. The killer wasn’t a human, but a spirit that had a face and had a personality. He tormented his victims and that stood out from the rest of the killers that came before him. He became the face of that film and he quickly became a cultural icon. Soon after Studios took notice of the financial gain to be had and other horror icons came about including Jason from the Friday the 13th films, the continuation of Leatherface from Texas Chainsaw Massacre, Chucky from Child’s Play, and Pinhead from Hellraiser. All of these characters began to define popular horror films of that era. These monsters were no longer the side characters for their respective films, but they became the leads. They quickly became what audiences came to the movie to see and they were often the most exciting and fun elements of these films.

These icons still last to this day and they are known for their personalities and individual traits. They have defined modern horror in a very similar manner to that of the Universal monster era between the 1930s and 1950s. The 80s reinvigorated monsters and they definitely shaped the cultural identity for what makes a modern horror film unique.

The 1980’s was an era of constantly improving technology, unique visions, comedy, satire, and a sense of excitement. These types of films have defined the era and it has influenced every horror movie beyond that decade. These films are fun because of the variety of stories being told and the care the creators put into entertaining their audiences. They wanted to make thrill rides and they wanted their viewers to feel a part of the experience whether it be by using shocking special effects or creating memorable characters or situations. Their creative voices weren’t silenced and their films could be as ridiculous as they wanted them to be. These films are phenomenal and deserve  the recognition for their contribution and at least a look over during the Halloween Season.

HAPPY HALLOWEEN TO OUR UP YOUR GEEK FAMILY!