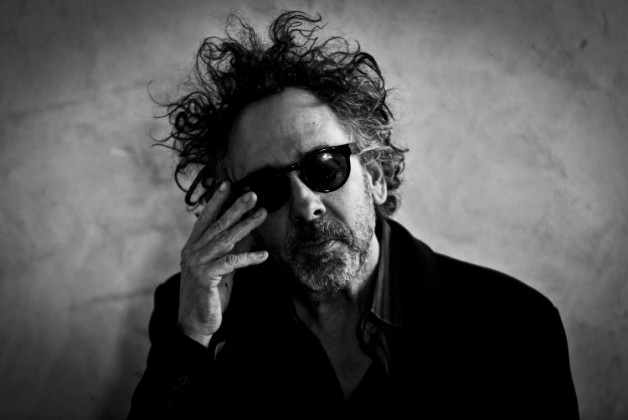 Every filmmaker has their own unique voice to their work, but more often than not they don’t have a distinct identity and style that is reflected upon in the visual language of their work. While they may have unique traits, their aesthetic may not be a defining feature and it could be easy for their work to blend in without any indication of who made the film. Other filmmakers have a unique style that is unlike anything else and one of the filmmakers who certainly has this is that of Tim Burton. His unique vision is present in nearly all of his works where his aesthetic is a beautiful mix of horror imagery and bright color palettes where they are used in opposition of one another. This blend of the beautiful and the macabre is something that is uniquely him and there isn’t a filmmaker who can tell a story quite like he does. It really does make each of his works stand out and while his track record isnt perfect in terms of quality at times, the films that he has made that expressed who he is and touched upon deeper qualities have all been masterpieces in their own regard. His genius is matched by his original perspective on how to produce movies and in how to tell stories with heart and care. His masterful vision deserves recognition and it is a perfect time to look at what makes his films unique and how he touches upon deeper themes of love, isolation, and feeling like an outsider.

The biggest thing that sets Tim Burton apart from any other filmmaker is the visual aesthetic he brings to the world’s he creates. The visuals are often hugely reflected by horror, but they also have a fantasy element to them. Tim Burton began his career as an animator for Disney even working on films like The Black Cauldron and The Fox and the Hound, but his style was at odds with Disney at the time. He created darker horror based drawings and ideas that didn’t mesh with Disney and so he was let go from Disney. During the 1970s and 1980s Disney had trouble staying relevant in their films and the firing of Burton was an example of that. During his time at Disney, Burton made two short films. Frankenweenie, which was a live action film and Vincent, which was a stop motion film with Vincent Price narrating a poem written by Burton. After his departure from Disney Paul Reubens saw Vincent and chose Burton to direct Pee-Wee’s Big Adventure. That film was a success and saw the beginning of his long and successful career as a director.

Burton’s unique aesthetic is heavily inspired by the films he grew up on which include many of the classic monster and horror films from the 1940s and 1950s in combination with the German Expressionism seen in films in the early 1900s. The short Vincent is a perfect film to look at when examining his style because it encapsulates the things that become common among his films with the black and white colors to the monsters that often rely on stripe patterns. The creativity of his style was really explored when Beetlejuice was released. The set design and costumes reflect what his art work and shorts did. They made an approachable world that felt real at times, but also reflected a fantasy. This balance of the two is best reflected in Edward Scissorhands where the world that Edward comes from is one heavily inspired by the dark and macabre, but the world he enters is an incredibly vibrant America heavily inspired by late 50s/ early 60s fashion and culture.

The best elements in his films come from the simple fact that his best films often make it seem like you are watching a beautiful painting brought to life. As a fan of horror and the horror aesthetic there is a lot of beauty found in his creative vision that isn’t found in other filmmakers’ work. While the visuals are important their purpose is not only to be appealing, but also serve the underlying themes and messages the stories often bring about and Burton can handle that with ease.

It was mentioned earlier that he was let go from Disney for his unique style and this is extremely appropriate given the themes that are so ever present in many of his works. These themes include that of love, isolation, subjugation, and passion.

Burton’s style reflects his own personality in many ways and the themes of love are throughout his work. There is a sensitive way he treats his dark characters giving them a sense of humanity and softness. The love comes through in how these normally villainized characters are given a heart and how they treat the people around them.  The best example of this is in Edward Scissorhands where Edward was a creation made out of love. He is not the result of an evil Doctor and the people he meets he treats with that sense of love his creator has shown him. He falls in love with Kim and she in turns sees the beauty inside of him. This love between unique individuals is reflected over and over again in his work. It even resides in his adaptations. Sweeney Todd: the Demon Barber of Fleet Street focuses a lot of time on characters who do evil things, but their differences bring them together. Even in a film he didn’t direct, Nightmare Before Christmas, the love is still present in that of Jack and Sally’s relationship. In his more romantic fantasy, Big Fish the love present is  one that remains a constant back and forth for Ed Bloom’s life with it being filled with rocky and unusual moments. The quirkier moments are utilized to represent the hardship one can face in the pursuit of love.

There is also layers of pain and isolation residing in a lot of these characters. Jack Skellington is a character who tires of his repetitive life and seeks out new ventures in adopting Christmas to feel happy with himself. This is shown to result in disaster for him, but the point of being yourself regardless of anything is crucial. He dives into feeling of loneliness quite a lot and it even resides deeply in his adaptation of Batman with Bruce Wayne dealing with the loss of his parents. In Sweeney Todd he deals with the lead protagonist being a good man turned evil through evil doing. Burton keeps falling back on to characters that feel lost in the world. Like they don’t belong and often feel like they should hide away, but in the end these characters either learn or fail based upon this need to be someone else. They only succeed and find happiness in staying true to oneself and allowing for the love that was mentioned to overturn the feelings of pain and isolation. This pain, and difference lead into an apparently personal connection Burton has to feeling like an outcast seeing as that is something he keeps coming back to.

What makes Burton different from a lot of filmmakers is his insistence on having vulnerable protagonists that don’t fit the norm. These characters have a wide spectrum of emotions and are often hurt or tormented. They aren’t the badass action heroes, but characters with deep flaws and fears that manifest themselves in either feeling or being treated like an outcast by the  other characters that represent the broad spectrum of society.

One example that I think is important to bring up is arguably Burton’s best film in 1994’s Ed Wood. A Biopic about the true life story behind the most infamous bad Director of all time, Edward D. Wood. The film could have easily been the story of how much he failed and it could have made fun of him, but with Burton’s touch it becomes a beautiful understanding of creative passion even if it is misguided at times. Ed Wood was not only known for his bad films, but for the fact that he was a crossdresser. What makes the film work so well is  that this aspect of him isn’t played as a negative trait. It’s represented as a part of him that made him feel better in his own skin. While sometimes it’s played for humor it’s never seen as a negative trait, but just as another part of who he is as a person. Burton’s depiction of him is similar to his depiction of his original characters is that you understand what makes him different and you can empathize with the feeling of being different regardless of who you are.

What would normally be seen as a side character in many other films Burton purposely makes these characters the protagonist and this comes from a personal perspective for him. He has expressed his feelings of feeling like an outsider who was condemned for the things he loved. These feelings he had has allowed him to express that in the films that he has produced and the ones he continues to do. Understanding that this comes from a place of personal experience makes the world and the characters that he brings to life a little more fascinating and wonderful.

One of the greatest things about his work as a filmmaker is that he has been a voice for those that feel like they don’t belong. His unique aesthetic heavily inspired by older horror films have surprisingly remained timeless with many of his films avoiding being dated. His works are masterful and he created some of my all time favorite films that still have remained as incredibly inventive as when they were first released. I hope to see more of his unique point of view continue to be seen on the big screen and that he gets to continue working on original projects that highlight those unique qualities.