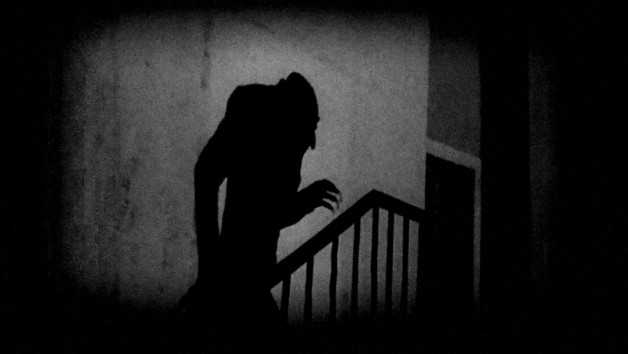 The Academy Awards has been seen in the eyes of the public for many years as the most prestigious Awards ceremony for the art of filmmaking. Its purpose is to celebrate the medium in all of its incredible achievements and to award certain films each year that push the boundaries in some ways that improve the craft. The intent for this event is to acknowledge the best there is to offer in many ways and it is arguable whether or not they are always successful. There has been a more vocal pushback against the awards in recent years thanks to the equal platform the internet gives individuals. While there are many issues to cover when discussing the Academy Awards something that I find particularly troubling is the way they shy away from covering horror as a genre. In a recent article I discussed the way that genre films are looked down upon and in a similar fashion there is a certain pushback against the horror genre receiving recognition. It is a genre that has helped to make great enhancements in film, yet it is rarely shown much love from the Academy. With the ceremony about to happen very soon I felt it was appropriate to look at why this is often the case and why it really shouldn’t be.

Reasons Why Horror Is Snubbed

Horror is a genre that suffers from the sheer amount of films that have relied heavily on the use of tropes that have been done time and time again. Tropes inherently aren’t bad, but there over reliance is a sign that a film isn’t doing anything new and that is a part of the Academy’s lack of respect of the genre. Hollywood in particular has gone through many periods of producing horror movies because of how cheap they are financially and how much they so often make in return. In more recent years there were some really fascinating trends that while they deserve respect they also brought about a lot of copycats made to cash in on these trends. There was a long period of horror films aiming to be PG-13, but there was also in more recent years a trend to attempt to do found footage style horror because of the success of Paranormal Activity. The found footage style of horror does not require a lot of money to be put in because the intent is to make the film look like it is being made on more handheld cameras in a documentary like tone. The reliance on trends to make profit often leads to a decrease visibility of the excellent aspects of the genre.

In addition to the pervasiveness of cheap horror produced for financial gain there is often a misunderstanding of the genre as a whole. The ability of having supernatural elements or shocking sequences makes certain audiences react poorly and to some people these moments  can lessen the quality of the film in their eyes. With how common this thought process is these people fail to recognize nuance. It overlooks the craft that it takes and it makes the genre or even individual film be put into a bad light. In a previous article I mentioned how “genre films” are often seen as lesser. They are never given the same love as a drama even if the film may touch on similar elements. The Academy in itself follows this frame of mind and often sees that films with monsters or creatures or even serial killers have less value, which is incredibly short sighted.

The Art of Horror

The misconceptions about the genre really do hamper their understanding of the artistry that is so often put into these films. They have the capacity to tell incredibly beautiful stories in a dark or oppressive tone. Finding the beauty in the darkness is a rare quality that this genre has consistently been able to do.

One of the best things that horror does well that many other genres can learn from is the art of darkness as a color palate. While many films brilliantly use a bright range of color and aesthetic to match the tone of their production, horror in many ways has to use the darkness. The bright colors present in these films usually bring about a sense of uncertainty and often times represent the threat that is present when put against a darker atmosphere. This darker tone needs to be used appropriately and many horror films have had incredible cinematography that really do allow for the world to come alive and for those darker shades to stand out against many of the elements. A great example of the artistry of darkness is the infamous shot in the original Halloween of Michael Myers slowly appearing from the darkness. His presence is always portrayed as something more than human and the darkness is a tool rather than a hindrance. It shows Michael as a somewhat supernatural entity. His existence is one of fear and the film gorgeously makes that abundantly clear in this particular moment without the use of dialogue to make this clear.

Horror’s beauty also shines through in it’s incredible ability to portray deeper themes in ways that can become more universally understandable. The horrors that we feel in our daily lives can be subjective, but humanity has innate fears. These include fear of the unknown, the darkness, fear of death, or being controlled. Everyone has these fears inside them because we like to think we have our lives under control. Taking away this comfort is terrifying and horror is incredible at tapping into these fears to express humanity. One of the most unique horror films in recent years was The Babadook. On the surface it appears to follow a lot of lines that surreal horror taps into with the fears of mental instability, but the film’s real point is that of grief and how it can tear a relationship apart. A recently widowed mother is dealing with the loss of her husband and her grieving son. That grief is ever present and the Babadook is a manifestation of that grief. It’s an incredibly beautiful and scary example for those that have lived with grief. That sort of loss is powerful. That is an incredibly insightful and artistic approach that can be found all across horror as a genre.

Horror is just as much art as any other of genre of film and its importance can’t be understated because of misconceptions.

Horror is an incredibly important genre. It may not be seen as such, but without it we wouldn’t have the films that we know and love today. It’s easy to forget that many hit films in the early 1900s were adaptations of classic horror monsters and novels. Nosferatu is one of the most influential and famous films of all time and it is a horror film. The genre has shaped everything that has come since and definitely deserves to be remembered in this modern era when there are powerful examples of it to this day and it’s a genre that can express so much about our world.

The genre is incredible at bottling our fears of society and bringing that to the light. The films in the 1970s and the rise of the Slasher horror genre is a direct result of the political tensions and the War in Vietnam. That War lead to an era of more violence and broder resurgences of serial killers. There was an incredible amount of fear that an individual can go on a killing spree and this fear was reflected in those films. The torture porn trend in horror came about during the recent Iraq war and the use of waterboarding as a method of torture in addition to the images that had leaked from Guantanamo Bay. These films really take into account the surrounding cultural climate. They reflect what is going on in the world and what truly terrifies us and puts it into a safe means of consumption. This understanding of our fears in these ways is incredibly important. It is in essence the modern equivalent of creating legends to explain the things we fear and don’t really understand. It’s a natural human response and the horror genre can easily capture this better than any other genre. It connects to the deepest part of our humanity and handles the darkness in ways that are so unique.

In recent years we had an exception to  horror not bridging the Academy Awards gap and that was Jordan Peele’s breathtaking film, Get Out which he received the award for Original Screenplay. It was a rare occurrence and it made waves, but that just shows how little horror breaks through. An example of a film that many saw as worthy including myself was 2018’s Hereditary. The film is a brilliant look at how a family deals with loss in ways that are incredibly real and brutal, but a near Universal acclaimed aspect of the film is the performance from Toni Collette. Her haunting portrayal of a mother desperately trying to cling on to her sanity in the midst of pain is incredibly moving. Her performance was outstanding and it was a blindspot the Academy willingly ignored because of it being in the horror genre.

These films are phenomenal examples of the artistry behind the importance of horror as a genre. There is a lot to learn from horror and not giving it the opportunity to express its importance is willfully ignorant.

The Academy has been pushing people away from it’s awards in recent years and horror film has been too long thought of as a genre not worth awarding. These films have just as much and sometimes even more merit to changing how films are made. Horror has pushed the boundaries of film and have influenced so many artists. The Academy owes a lot to horror and there needs to be more representation of this genre. It’s a genre that deserves to be respected and analyzed and some of these films in this genre that are still continuously coming out could be  responsible for shaping the films of tomorrow.

McFarlane Toys and Warner Bros. ANNOUNCE New Wizarding world INSPIRED figure line LAUNCHING Fall 2019
The Academy Awards And How They Have Been Hurt By Controversy