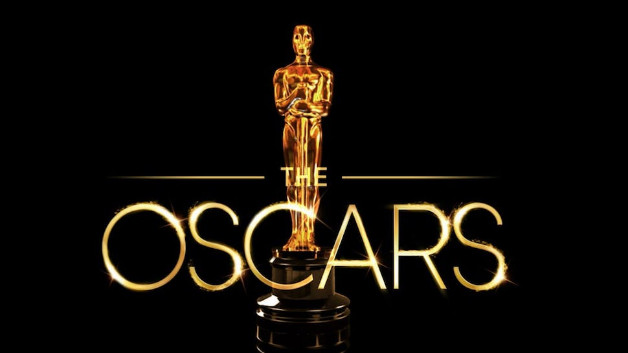 It’s 2019 and there seems to be a change in attitudes along with the change in time. It feels as if certain things are becoming less valuable to newer generations and it’s certainly palpable in all aspects, but a place where ideals are most noticeably changing is in film. Like any medium of art they go through changes and one of these big changes is in is how films are being presented and analyzed. With this in mind if you don’t change with the times you often can be left behind and there is a rising sense that the Academy Awards ceremony is becoming disconnected from the medium they are supposed to represent. Their handling of making changes and recent pitches have definitely garnered way more backlash in recent years including both their actions and inactions. The Academy Awards has been a prestigious ceremony for many years, but with dwindling ratings and their mistakes it’s becoming more and more clear that they are losing touch. With the most recent controversy happening just last week it is a perfect time to look at how they have certainly faltered as of late and why that matters.

Racial Discrimination is a massive topic and there is a lot of weight behind the realities of racism and how it permeates so many aspects of Western society. White people have been the most represented group in the US in every aspect, but film has specifically been challenging that in beautiful ways. While this may be the case, the Academy Awards got embroiled in a controversy during the early half of 2016. That controversy being the #OscarsSoWhite hashtag campaign.

The controversy centered around the nominees for 2016’s Academy Awards ceremony, which ignorantly was narrow with the people nominated. The majority of nominees were white as to be expected, but that year had no people of color nominated in any major category outside of director, Alejandro Iñárritu. This was not just a case of a lack of people of color who could have been nominated. There were a plethora of talented people of color who were inherently ignored. This was so glaring that the hashtag really rolled along and picked up major steam forcing many people to look at how they analyze films through the lens of understanding the issues minorities face.

In addition to the issue with the nominees and the lack of represented talent it is a perfect example to look at how out of touch the voters were in terms of age and race. They were a staggering majority white group that were older and many of them hadn’t worked on an actual film in many years. This analysis of who was responsible really did bring a spotlight showing how and why people of color were incredibly overlooked in an Awards ceremony that could have included the filmmakers or actors from Creed as well as Straight Outta Compton, which both films had critical acclaim and were released at a time when they both could have been considered for more Awards.

This incident lead to drastic changes in approach to who gets to vote and who will be nominated, but unfortunately these changes have yet to make an impact on them still remaining out of touch with many people and them having their focuses in the wrong place.

The lack of focus of understanding how to connect to more people in a vastly changing world is constantly hurting the Academy’s connection to the current generation. There have been many attempts from them to stay relevant, but 2018 brought about something that really exemplified the disconnect.

In 2018 the Academy brought about  a proposed category called “Outstanding Achievement in Popular Film”. There were no official details on what the category would consist of, but it is fairly obvious that the category would be used to funnel blockbuster films that normally wouldn’t get recognition. The concept on paper sounds like a decent idea to include more financially successful films into this prestigious event, but in reality it comes off as a way to continue to demean these films into a separate category essentially hinting that these films aren’t as worthy to be considered best picture. It comes across as a ploy to get more people interested in the Awards ceremony, which is seeing a yearly decline in viewers. This came across as shameless and to many folks this also came across as incredibly demeaning. While blockbuster type films can often be soulless these films aren’t also without their own merit. They don’t need to be pandered to to be worthy of peoples love and admiration.

This proposed category was very poorly received. As soon as the news media took hold of this story voices from across multiple platforms raised the very same issues that I mentioned and with a much louder presence. The category felt like an insult to many people and inevitably scared off the Academy from going forward with this concept. This example works perfectly as a testament to the Academy’s difficulty with pleasing people as well as staying culturally relevant. While this mishap is comparatively minor most recently they fumbled yet again, but in a much bigger way.

The Academy Awards aren’t a stranger to controversy, but it is fascinating to see the most recent controversy fully exemplify major issues within how the Academy handles their affairs. The most recent example being the decision to air the Awards for Cinematography, Editing, Live Action Short, and Hair and Makeup off air to shorten the length of the show.

This decision that ended up being overturned was an incredibly shocking and much hated one. The categories of Editing and Cinematography specifically is the most mind-numbing decision seeing as these two are what make films what they are. They are wholly responsible for everything that someone sees on screen and as someone who has learned the craft of filmmaking these two are the single most crucial elements to making a good film. Without these elements and the artists who dedicate their time to both categories we wouldn’t have the craft of filmmaking. The other categories slighted were also unfairly pushed to the side, but they deserve just as much respect as any other category. Delegating certain awards to not appear on air is detrimental to the point of the Academy Awards in their celebration of the best of film. It was incredibly short sighted and was called out for it.

The amount of criticism that this decision received was incredibly widespread and rightfully so. One of the most surprising and powerful criticisms came from Oscar nominated Director, Alfonso Cuaron who tweeted out the sentiment that I shared that Cinematography and Editing are the very basis of what makes a film and dismissing those categories is a massive oversight. It all circles back to the concept that the Academy is losing touch with what they are supposed to be. They are still considered the most famous and often thought of as the most prestigious Awards ceremony, but the declining viewership and their inability to change with the times has been hurting them greatly.

The Academy Awards is still an important ceremony to many film fans, but they are losing a lot of people in this new Generation. Their ability to not stay away from controversy is hurting their image and it shows how disconnected they are from what filmmakers and fans want. They are having major issues evolving and they are losing viewers because of it. The most recent controversy is just one of many things that haven’t helped. While there is a lot of negatives here they can always make a turn around and learn from the issues they have faced. I hope this is the case not only for their sake, but also for the preservation and appreciation of film excellence. It is something that needs to be discussed and needs to be taken seriously.