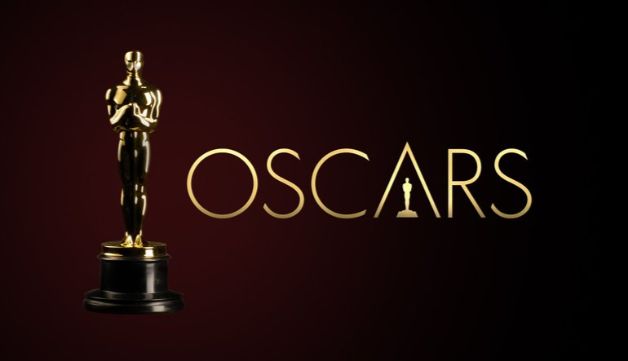 The 92nd Oscars is upon us and it is often touted as the most prestigious American Film Awards there is to receive. Everyone knows about and is interested in the Oscars. It’s a big event for film fans and it is designed to honor the best in film, but it has issues. The Academy often chooses films and their filmmakers that are popular, while leaving so many good quality productions out of the running and it often shows several biases. I feel like there has been a shift in the way the Awards is discussed and it is as timely as ever to bring the concerns that people have about it to the forefront. Last year I took the opportunity to point out the issues that people had with the awards and it feels like they have doubled down on some of those issues this year. I feel like to keep up with more modern sensibilities and for the ceremony to actually make an impact some things definitely need to change and evolve. With the recent nominations being announced it is a perfect time to analyze what isn’t working and how it can strive to be better not only for the talent honored, but in the ways in which it can shine a spotlight on films that push the boundary of the medium.

The Oscars are so white. When I worked on my previous articleI brought up the concerns of racial discrimination and the ways in which the Academy has excluded people of color in so many ways. While Black Panther was nominated last year this year has been such a disappointment in representation across the board including a majority of the nominees.

This year the Award shows have taken the opportunity to honor and nominate Eddie Murphy’s, Dolemite Is My Name. It’s a critically acclaimed true story that has gotten Eddie Murphy nominations in many of the other award shows currently making the rounds. This major Snub isn’t surprising, but it highlights that so often many films with non-white casts and filmmakers can be so desperately overlooked in the Academy’s mostly white voter base. This is not to discredit the few people of color who are being recognized for their work this year,  but there is so much more that can be done. At this point it is very obvious that a change needs to occur. There needs to be more oversight into how the nominees are chosen. What this means is there needs to be just as much diversity in the people choosing these films as there is for the nominees. Stating this does not diminish the quality of the works chosen to be nominated this year, but it is time for a shift to occur. One that will be inevitable if relevancy and stature is to be maintained for this prestigious ceremony.

It is owed to the filmmakers that have made incredibly diverse films in 2019 to have that hard work reciprocated. They need to be given a platform for representation to give other people someone to look up to and strive for so that we have our next generation of diverse filmmakers, actors, and actresses. Diversity is so inclusive that it not only includes diversity of race, but in gender as well.

The Oscars are also extremely male. This year’s major nominations highlighted the Academy’s innate tendency to nominate and award male driven films and filmmakers. It’s been like this for quite a long time and while there have been some exceptions the nominees every year it never seems to reflect the reality of the women who make incredible works of film every year and who contribute to the craft.

In a similar way to which the other Award shows have recognized more diverse talent there has been a lack of support from the Academy when it comes to the Achievement in Directing Category most years and it includes this year where a massive snub occured. One of the most well reviewed films of 2019 was Little Women and while that got several nominations from the Academy,  Greta Gerwig didn’t get nominated for her direction of the film. This is a big oversight and it left that particular category filled with filmmakers that have been dominating the space for so many years and it unfortunately does not include any women. Female filmmakers have often been pushed to the side for years and while this isn’t necessarily surprising, it’s still a massive disappointment and indicative of the changes that still need to occur. There needs to be a selection that doesn’t inherently favor male filmmakers. We also desperately need to have Hollywood studios give more women a chance in the director’s chair. There is definitely progress being made and the Academy has a responsibility to highlight these incredible women that work tirelessly for their craft, while consistently being let down.

The responsibility lies on the heads of the Academy and the needed shift to more vocal champions of women who should be making the decisions alongside male staff to find a balance that reflects the diverse talents of filmmakers whether it be determined upon gender, race, and sexuality.

I’ve dipped my toes into discussing the ways in which “Genre” cinema is often thrown under the bus and dismissed outright through previous articles and it is still very apparent this year. It is an indication that things do have to be more accepting of other types of films even if it doesn’t fit into the Academy’s limited views of what Great Cinema can be.

2019’s Midsommar is one of the most intricately crafted and fascinating horror experiences and 2019’s The Lighthouse is a visually striking drama framed as horror. These films are horror in a lot of ways and just for the simple fact of being tied to that genre they are often dismissed as lesser. Horror is seen in such a narrow view that the truly artistic horror that pushes boundaries rarely gets the recognition it deserves. Those films easily could have been more broadly recognized, but they weren’t and the Academy could have helped to further the attention they should have gotten. Horror is not the only genre that could have been nominated. There has been some excellent action films this year including Avengers: Endgame, which represents the culmination of one of the most successful film franchises of all time as well as John Wick 3, which furthers the action genre with an incredible attention to creating fast paced and well choreographed fight sequences from talented stunt performers. All of these supposed “Genre” films shouldn’t be pushed to the side because they aren’t dramas. They deserve the spotlight. A change that could easily be made is the incorporation of films like these, which would draw in more of an audience watching and participating in the ceremony.

The ratings have been waning over the last couple of years because of the disconnect from its audience on certain films some people like to consider lesser, which to me does a disservice to the entire medium.

The Academy Awards need to incorporate changes into how they orchestrate their ceremony and to whom they consider worthy of praise. They need to change with the times and learn to continue being considered as prestigious as they have been in the past. I’m hoping that next year we get to see more of these changes and while I have seen some progress it’s certainly still falling behind, which is incredibly disappointing as someone who loves and admires the craft of filmmaking and wants the best for it in every aspect.