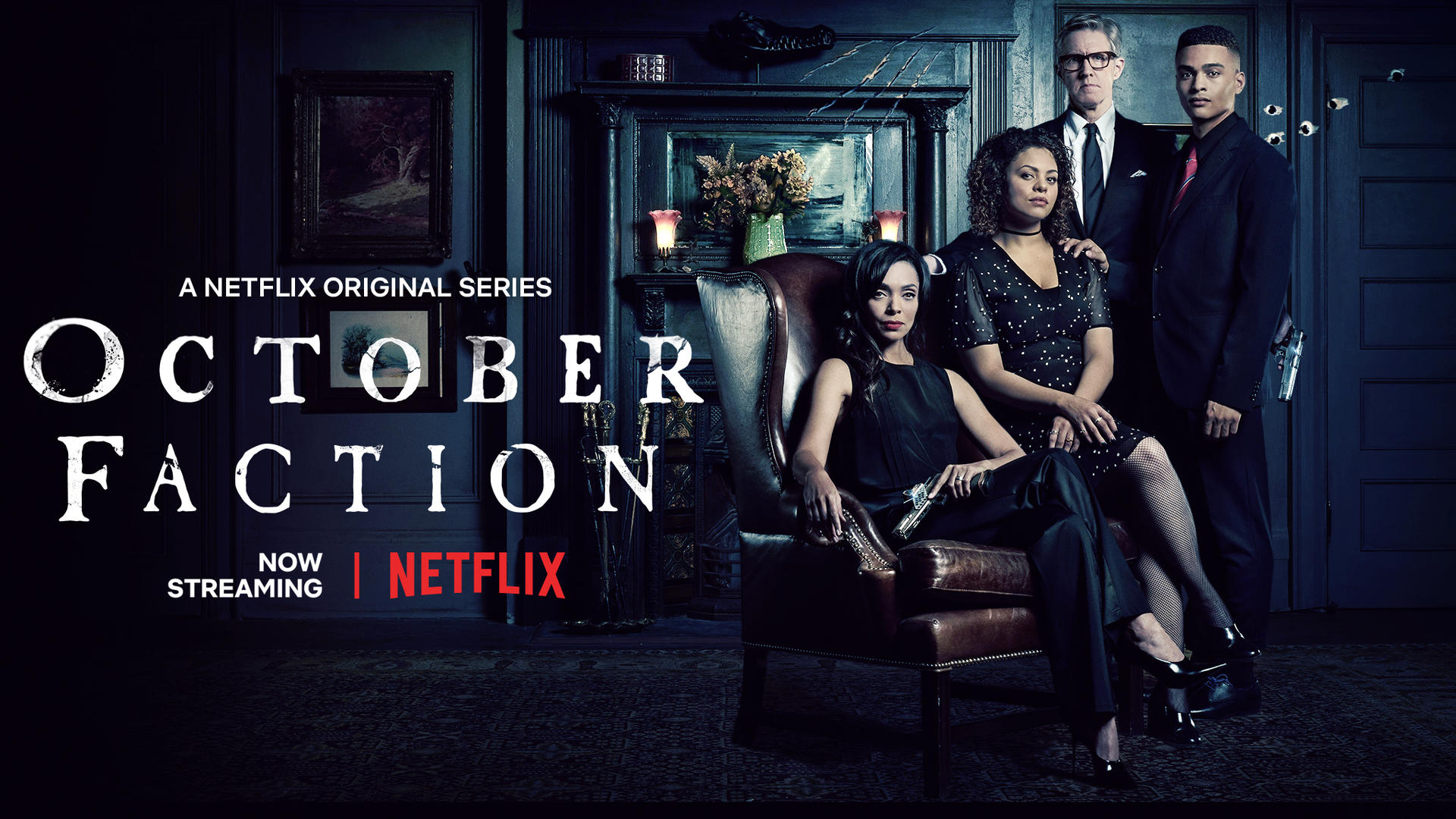 Fans had something to new to be excited for today as IDW Entertainment’s much-anticipated series, “October Faction”, debuted on Netflix…and it’s already catching fire!

IDW’s “October Faction” is said to be a Men In Black meets “Riverdale” series where dark family secrets and simmering high school angst all collide against the struggle between monsters and humans.

Building on the success of IDW Publishing’s comic book series written by Steve Niles, “October Faction” follows Fred (J.C. Mackenzie) and Deloris Allen (Tamara Taylor) who, after the death of Fred’s father, return to their hometown in New York with their 17-year-old twins Geoff(Gabriel Darku) and Viv (Aurora Burghart). Subsequently, Geoff and Viv’s lives are turned upside down when they discover their seemingly unremarkable insurance sales rep parents are, in fact, (spoiler alert!) trained assassins who hunt monsters.

Check out the never-before-seen footage of show stars Tamara Taylor (“Bones”, Diary of a Mad Black Woman), J.C. MacKenzie (The Departed, Molly’s Game, Wolf of Wallstreet, Share), Aurora Burghart (“Sex Education”, “The Stranger”) and Gabriel Darku (“Impulse”, “Shadowhunters”) – who give insights into their complicated characters, the underlying themes in the show and more!

The Oscars Need To Change
REVIEW: ‘Weathering With You’