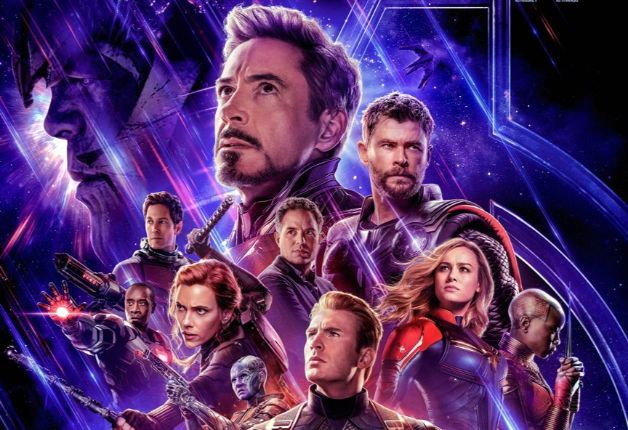 2019 was an Incredible year for the Up Your Geek family and for myself. I got a chance to expand upon my writing taking it into new and exciting directions pretty much every single week. I got to have new perspectives as the World continues to shift around us. I got to speak about issues that plague not only society, but our geek communities. I even got the opportunity to visit multiple conventions as press including San Diego Comic Con. I feel like my voice with this site has reached new places of honesty and I’m glad I’ve been here during some of the best times to be a Geek and into Geek Culture. Film has embraced it completely continually giving us new ideas and experimentation into adapting the things that we all love. Since it is the beginning of a new year I wanted to look back at 2019 and give a rundown at some of the best Geek related films of the year and I chose 3 that really exemplified how diverse a year it was in terms of storytelling. Let’s welcome 2020 by looking back at what made 2019 such a great gift for Geek Culture.

There is absolutely no way I can ignore one of the biggest superhero films of all time. The Marvel Cinematic Universe has been continuously crafting an intricate interwoven Universe that is diverse, has a great blend of tones, and a great grasp at why people love these characters so much. With that inherent love continually gifted with a build up to creating one of the most layered and well thought out film conclusions of any franchise’s narrative arc. Avengers: Endgame is an incredible example of Geeky Cinema at some of its best.

The film is a continuation to 2018’s Avengers: Infinity War, which left audiences on a massive cliffhanger of whether or not our heroes would permanently stay blinked out of existence forever. What makes this film so unique is the way it deals with the reality of such an incredibly bleak ending. There’s a lot of genuine emotion that works because the films have done such a good job at making you care. The film takes its time to explore the layers of each of its main characters and ends up delivering on the action promised in the MCU’s longest film to date. In terms of the fanservice it delivers on that as well, but every bit of it feels earned. There is nothing there that feels like a cheap moment and it brought a lot of comic book fans’ dreams to life. Having all of these characters interact, fight together, and breathe their last breath in this universe meant so much to the people who have been following the MCU. It’s been such an emotional ride that it felt nice to have a big part come to pass.

The MCU is a massive project that has been going on since 2008 and this film concluded the Infinity Saga, which spanned so many films with many of the biggest actors and directors contributing to this series, which is why the Russo Brothers were able to deliver a satisfying conclusion to this massive arc that had been teased since the ending of 2012’s Avengers. There is no way that I couldn’t give credence to a film that not only succeeded in finishing a big part of the narrative, but also succeeded in making a thrilling and entertaining film.

While the first example of great Geek Cinema was to be expected, I think it’s safe to assume that most people didn’t expect Pokémon: Detective Pikachu to be an idea that would work. Ryan Reynolds voicing Pikachu in a live action adaptation of the popular video game series may seem like a far-fetched concept, but in execution, I personally feel that it works quite well on its own merits.

Pokémon: Detective Pikachu is a film that is in love with the entire franchise. It is so willing to commit to the lore of Pokémon and to the design of these iconic characters that it spends a fair amount of time building a World that is visually stunning and pays respect to all that has come before it. I feel like many people from my generation have a love for this series that is deep. I clearly remember going to see the original animated film in theaters and being so excited by my favorite characters appearing on the screen and getting that awesome exclusive Mew card. While I’m an adult and reaching 30 I was given a similar feeling to seeing this new film in theaters and again receiving a pack of cards. There’s no feeling like reliving your childhood wonder and being reminded of things that you love in a new way that balances taking risks and staying faithful. I feel that this film is the best Video game adaptation to date and deserves to be recognized as one of the great Geek films of 2019.

The film has its flaws. The story isn’t as complicated as it should be and some of it is obvious in the twists it presented, but it’s dedication to creating something special that had heart is why I loved it in addition to the incredible talents of it’s cast and its visual effects department. Heart is a key component to this franchise’s enduring qualities and the movie understood this beautifully. It made quite a fair amount of money and while not critically adored, it endured itself in the Geek community. 2019 Geek Culture was made better and a little less toxic with it’s inclusion. I hope we can get more live action Pokémon adaptations in the near future.

The previous two films fit neatly into the Video Game and Comic Book adaptation corner of Geek spaces, but that is not an all encompassing component to Geek Culture. There is so much more avenues in which Geekdom can represent itself with one of them being the beloved genre of Horror. Horror and Geeky topics often go hand in hand because they both encompass “Genre” films that don’t get nearly as much critical love as the more prestigious drama categories, but that doesn’t invalidate how important “Genre” can be. Horror in particular can be a really positive force and the Geekiest bit of 2019 Horror Cinema has to be the release of Doctor Sleep.

Doctor Sleep is the sequel to the classic horror film, The Shining and it is also an adaptation of Stephen King’s novel by the same name. The original Shining is a classic by film fans, but famously hated by King himself. This film directed by Mike Flanagan attempts to bridge the gap and succeeds at creating a film that not only stands on its own as a really thrilling Supernatural Horror/Thriller, but also as a tribute to The Shining. It has an excellent cast of both young and seasoned actors who deliver great performances against the backdrop of a visually interesting and highly entertaining film. Sequels are always difficult to pull off, but this film manages to create something unique and most certainly deserves recognition for pushing the boundaries of horror and making one of the best adaptations in the genre

This film has been overlooked in some regards, but deserves to be just as recognized for fitting into the Geek label. It even has a similar amount of fan service given to fans of the original film, which feels somewhat similar to that of what Star Wars and Marvel have done in some of their films. It’s a great film by a great director and it showcases how diverse the Geek Culture can truly be.

All of these films are not only good because they give fans something they want, but they also give them something more. Each one did things that felt satisfying to the entirety of their experience and they each truly created an experience as opposed to creating something disposable. I love these films and I have loved continuing to talk about them as we head quickly into 2020. I don’t know what is in store for us this year, but what I do hope for is that we all learn to continue loving the things we love without allowing toxic attitudes to invade our spaces. We have to be better and do better, while also keeping that passion. It may seem hard, but thanks to this website I feel like it will be easier than expected.

REVIEW: ‘Star Wars: The Rise Of Skywalker’
The Oscars Need To Change