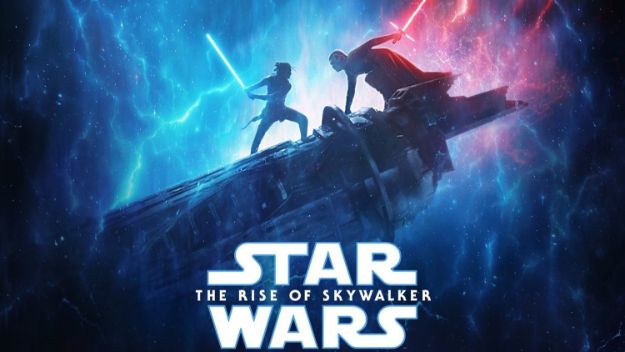 Star Wars is one of the most lucrative and most popular franchises of all time. It accumulates so much money between the Billion dollar earning blockbusters and the extremely popular merchandise.These things are just some of the indications that this series is extremely popular and has legs. It makes a lot of money and finds its way to reaching the hearts of many many people. This obviously includes myself. I love this Franchise even with it’s mistakes. The highs are incredibly high and this year we have something big. The sequel trilogy is coming to an end. The Skywalker Saga is concluding in a finale that hopes to answer many questions and hopefully pleases as many people as possible. With such a massive conclusion there is a lot of pressure and the film while certainly messy delivers an entertaining and mostly satisfying conclusion to the Skywalker Saga. Here’s our Spoiler-Free Review of Star Wars: The Rise of Skywalker.

The story follows Rey, Finn, Poe, and Chewbacca as they are sent across the Galaxy to find information on how to stop The First Order. They meet up with old and new characters as they discover not only things about themselves, but about The Force all while Kylo Ren is preparing for a devastating attack that could wipe out the resistance with the supposed reemergence of Emperor Palpatine. It’s up to our heroes to bring balance to the force and fight back the Evil First Order and the sinister Sith.

The story is one that will certainly be divisive and will be discussed for years, but for the most part I enjoyed. I can’t get into certain elements of the narrative without spoilers, but the decisions made have a definite impact on this series. They look back at the 8 main series films before it and pull from all of it to fill in the unanswered questions, which results in a first Act that feels a little all over the place. It certainly feels like a film that should have been longer to have given it more room to breath, which was an element certainly lacking in this film. The storytelling is trying to be many things at once and becomes the weakest element of this film, even though there are many great moments throughout. It certainly feels like there are missing elements that could have been handled with more care. With that said it still delivers an entertaining and mostly engaging arc for most of the characters.

With a property as big as Star Wars it certainly needs a talented group of people leading behind the scenes. The film is directed by JJ Abrams with a script written by him and Chris Terrio. Abram’s strength as a director lies in his abilities to deliver flashy looking action scenes and use iconic imagery to help tell his story. I quite like his work as a filmmaker even if he isn’t perfect, but it was interesting to see his approach to this film as opposed to his approach on The Force Awakens. He works with the rest of the crew to deliver another great looking film with some beautiful cinematography as well as a balance between CGI and practical. There’s quite a lot of love put into every frame by talented crew members that deserve recognition. One of Abram’s strongest elements is that of his ability to work with and get the best out of his very talented cast.

The film is filled with all of the returning cast including Daisy Ridley, Adam Driver, John Boyega, Oscar Isaac, and Carrie Fisher in her final film performance. Adam Driver specifically does a lot of heavy lifting and really delivers each scene with his presence that works well off of Daisy Ridley. Their performances sell many scenes even if the dialogue in some scenes don’t quite match up to their performances. The film also adds the return of Billy Dee Williams as Lando Calrissian. He’s just as charming and lovely to see as ever even if he isn’t given a whole lot of screen time. Ian McDiarmid returns as well to reprise the role of Palpatine and he’s great as alwats. Each member of the cast brings their own spirit and identity to their performances and Abrams was able to use their talents to sell so much of this film. They have helped to make this series as interesting and memorable to me. Without their inherent talents I don’t think these characters would have worked quite as well.

The film is a technical marvel and one that you can find beautiful images throughout. It has some incredibly interesting moments of cinematography with great use of CGI that doesn’t feel like it’s overwhelming because the film also relies heavily on doing as much practical effects as possible. Having tangible things in frame with the characters really helps to sell that the Universe feels alive. It’s visually stunning even if at points there are moments of flashing light, which could be dangerous for people with Epilepsy prone to seizures. I recommend knowing your limits and watching with that in consideration even though studious should be more considerate in how they approach sequences like this to avoid any potential health risks.

The movie sounds just as good with incredible attention to detail in the sounds and feel of Star Wars. Every blaster shot and lightsaber sound is captured beautifully as it should. It sounds breathtaking and the sound design is enhanced with the wonderful music provided by John Williams. Even in the weakest Star Wars films his music has brought so much life to this franchise that if removed the films would not feel the same. It’s such a great feeling to have him complete his last musical composition for this last Star Wars film of the Skywalker Saga.

Star Wars: The Rise Of Skywalker is a bumpy film at times, but even the mistakes it makes aren’t enough for me to dislike the film. In fact I enjoyed quite a bit from it, which is what I look for in this series. I can understand the negative criticisms of this film, but I walked away engaged and entertained. I hope that with this Saga completed that we get some new things from future Star Wars films and television shows, but for now this film works as a fitting conclusion to one of the greatest franchises of all time and it is absolutely worth seeing if you’ve enjoyed the series up to this point.