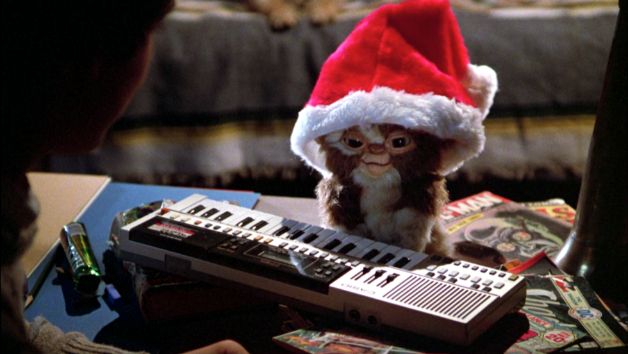 The Holiday Season has once again returned. The decorations, festivities, Music, and all around Holiday spirit can be felt everywhere, even if we have heard some of this music obnoxiously playing since Halloween ended. The Joy of the season has begun to spread and while everyone’s celebration during this season can be different I often celebrate by enjoying some excellent films that do their best to feature Christmas or are specifically Christmas films. Last year I wrote an article about the concept of “Alternative” Christmas films and selected 3 films that were perfect examples of what I discussed. I decided to bring it back again this year seeing as I found quite a few films centered around Christmas that normally wouldn’t be the Family Friendly or usual Christmas fare. These films are often good enough to be seen anytime of the year, but also work during the Holiday season. They are often genre films that use Christmas as a backdrop, but some of these films embrace the Holiday as an essential element to the narrative. With the Holiday coming upon us fast it’s time to give 3 more examples of great Alternative Christmas films to watch during this Holiday Season.

It’s fairly obvious that everyone here at Up Your Geek loves superhero movies. We go to as many as we can and I especially love those that embrace the fun and the traditional elements to what makes a great superhero story. While there hasn’t been many Christmas superhero movies there has been films set during the season and one film that works perfectly as a Holiday film as well as a fun superhero is also the most recent entry in my recommendations, Shazam!.

Shazam! on the surface doesn’t appear to be a Holiday movie. The plot follows young Billy Batson as he is gifted the power to transform into an adult superhero so that he may be a protector. He fights villains and learns to balance being himself with these incredible new powers.  What makes this film an alternative Christmas film is the fact that it is set during the Holiday season. The film has characters preparing for the holidays and many scenes take place centered around Holiday festivities including a sequence at a mall that is decked out with Christmas decorations in addition to an extremely well thought out climax having to do with a Winter Fair. In addition to the very obvious seasonal decorations and attributes, the theme of the film is all about finding and embracing a family. Christmas is often seen as a Holiday meant to bring the family together and Billy struggles with finding his place in his new family since his biological family wants nothing to do with him. It’s an incredibly emotional experience about being around people you care for. That in essence creates a unique family born out of love rather than any sort of biological affiliation.

In addition to telling a moving tale about finding family the film is very well put together in all aspects. The production design and costume design are elevated through the story, which is very well told in a concise manner that captures the spirit of the character from the comics. The film also features a talented cast of both adults and children that bring life to each character they portray, which helps to sell the emotional themes of the film very well. It’s a film made with heart and you can tell that everyone involved wanted to make it the best it could be. It is a perfect film that works as a great Alternative Christmas film that you can still sit down and enjoy with your family during this special time of the year.

In addition to my love of superhero films I also have a huge adoration for horror as evidenced by the articles I’ve written during Halloween. It’s a genre that I keep going back to because it keeps on giving what I’m looking for in Cinema. With this love I always tend to look for films that can fit into other Holidays and especially during Christmas. Last year I discussed the recent cult hit, Krampus, but this year I’d like to bring up one of the most well known and well loved horror films of the 1980s, Gremlins.

Gremlins is a horror film that is also intentionally very comedic. The story revolves around young Billy who is gifted a creature known as a Mogwai for Christmas by his father who was told to follow certain rules to caring for it. Unfortunately when those rules are broken the Mogwai multiplies and becomes chaotic creatures who are bent on causing as much destruction and death as they possibly can. As detailed in large sections of the narrative, the movie is all about Christmas. Not only are houses decorated for the Holidays and not only is there snow, but one of the main points is how a Christmas gift has gone wrong and how a seemingly jolly Holiday can easily be ruined. The point of having this film set during Christmas is also intentional to create an atmosphere of Happiness that when the tone shifts and the horror begins it is so that you are surprised. This is a perfect balance between embracing the Holiday and using the setting to create something that is both scary and hilarious.

The film is from 1984 so all of the special effects are practically done and because of that the film still looks quite impressive. Instead of relying on digital effects you get to see physical puppets run amok and cause chaos for many of the main characters. The visuals of these unique creature designs against the colorful Holiday backdrop immediately make the film recognizable and sets it apart from most other films especially of that time. With Joe Dante directing a talented cast in a production produced by Steven Spielberg, the film still holds that magical 1980s quality of telling very interesting and visually stunning stories. The film also explores the Christmas season and the complicated nature of family with a satire of commercialism. This film is a perfect Alternative Christmas film due to the fact that it doesn’t inherently show Christmas in a positive light. It celebrates the Holiday for sure, but intentionally goes a bit deeper than that by using monsters to point out our own flaws. It also just happens to be a fun film that can be enjoyed during this time of the year and is absolutely worth mentioning.

My continued love of Superhero films doesn’t just relate to films that were released recently. I have an appreciation for any era of storytelling using these iconic characters and one of the most well known characters is that of Batman. Tim Burton brought new life to the character in his 1989 feature film adaptation. That was a massive success, which led to a sequel that is surprisingly a Christmas movie. Batman Returns was released in 1992 and it is one of the strangest Batman films to date.

The film’s story follows Batman as the Christmas season approaches with the rise of new threats including Catwoman and Penguin. It’s up to Batman to stop the Penguin’s evil plan and help save Gotham. It’s a very typical plot for Batman lore, but the film takes the Holiday and perverts it in the way that only Tim Burton knows how. These characters are quite dark, but have a comedic and cartoon-like presence to them at times. The characters chew the scenery and the world of Gotham is blanketed in snow that often feels more like Ash. Christmas is again presented as a brightness posed against the oppressive darkness of Gotham city. Penguin is a cruel villain and unlike some iterations in the comics is shown to be disformed from birth, adding an additional layer of horror to Burton’s already dark storytelling approach. Even with all of his darkness Christmas is still there, which keeps this sequel unique and makes it stand out against some of the other Batman films that have come out since.

Burton’s aesthetic is fully present in this film, even more so than in the first Batman film with so many unique visual decisions. Burton’s history with turning Christmas into a gloomy occasion is just as prevalent here as it is in Nightmare Before Christmas, with his harsher visual sensibilities. Like Gremlins this film is not modern, which means that a big portion of this film’s effects tend to be practically handled. Seeing all of the unique and Gothic art given a bright facelift with added colors is instantly memorable. This film’s dark themes also clash with the aesthetic at times, but that is the point. It’s a film that has gained a following in the year’s since it’s release and it is easy to understand why. The visuals add to the unique story and create a very interesting Alternative Christmas movie that is a fun watch for those who aren’t interested in the typical Holiday Fare.

Choosing these films is a real joy during this Holiday season. Each of these choices bring something new to the table and keep Christmas from feeling stale. I really enjoy films that take the Holiday and give it their own spin so as not to feel too familiar and I hope that some of you feel the same as I do. I hope that your Holiday with your family is incredible and I hope that my suggestions will keep you happy as you show the ones you love how much you really care for them. I hope that everyone has an incredibly Happy Holiday Season in whatever you happen to celebrate.

3 Fan Favorite Disney Properties that Should Be Brought Back On Disney+
REVIEW: ‘Star Wars: The Rise Of Skywalker’