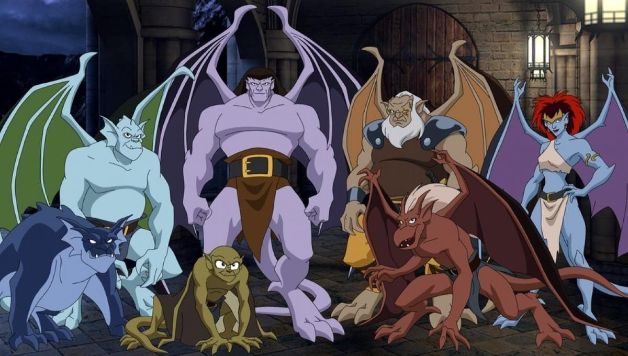 The first month of the newest streaming service Disney+ from one of the largest media companies in the world has been a massive success. With millions of subscribers and some standout original content this streaming service is doing a lot of great work whether it be giving fans new exciting content or archiving some of Disney’s greatest content all in one place for people to stream anywhere they would like. Most recently The Mandalorian has been almost universally loved by Star Wars fans, which as you all know is rare these days. Disney+ has been doing good work and one of the great things about a streaming service is their willingness to experiment with revitalizing older content that studios might not be comfortable with experimenting on a bigger scale. This opens the possibility of Disney+ taking a chance by bringing back some properties that have been beloved by fans, but have been dormant for a few years. There is a lot of potential here for breathing new life into these properties. This is why I have chosen some properties perfect for some form of continuation in the digital space. They all would be very much appreciated with the fans and would be successes for them if given the opportunity. Here are 3 Fan Favorite Disney Properties That Should Be Brought Back On Disney+.

In Disney’s long history they have done their best to experiment with different types of genres while keeping their brand as palatable as possible. One of their most fascinating and experimental properties is their sci-fi series, Tron.

Tron was released in 1982 and was one of the very first uses of computer animation incorporated into a feature film. It was impressive for the time and has since become a cult classic, thanks to its willingness to embrace new technology and the fans not forgetting about the film.  It stayed around longer than it could have and in 2010 a sequel called Tron: Legacy was released. It featured some of the cast and characters from the first film. It didn’t quite live up critically, but fans embraced it nonetheless for it’s impressive soundtrack and for taking the story into a more modern direction with obviously enhanced CGI and some great action moments. Not long after that film hit theaters an animated television series was made called Tron: Uprising, which unfortunately was cancelled. Uprising was well received by critics and audiences, but wasn’t bringing in the necessary ratings, which is very unfortunate. The series keeps having mini moments of revitalization, but can’t quite keep on its feet and has been in isolation over the last several years. There is an incredible amount of potential here that has yet to be taken advantage of, which is why it is perfect for Disney+.

Tron is a series that relies on impressive visuals and new concepts. It needs to look and sound excellent in addition to being a thrilling experience. Disney seems to love the series and have given it chances in the past, but a streaming platform could prove extremely beneficial to its continued life and existence. I think the most cost effective way to go about this is to continue with an animated series, but if Disney has the capital and feels confident a live action film sequel would sit well on the platform. I’m certain fans would be more than willing to embrace a new entry in the series since not much has been done with it ever since Uprising was cancelled. There is so much potential about exploring a digital world in a more modern setting seeing as everything we use happens to be connected. Even more so than in 2010 when the last film was released.

While Tron is a big franchise that would be great with a new and exciting science fiction narrative there are other properties that deserve just as much attention.

Disney has become aware of the nostalgia that people carry for the 90s shows, games, and especially movies. They are aware that those that grew up on properties from that era have a certain affinity for it and the recent revival of Ducktales has proven that they know there is an untapped market. In recent years the 1995 hit A Goofy Movie has found its way into wider acceptance and fondness.

A Goofy Movie is a unique entry in the Disney movie back catalogue. The very successful 90s show Goof Troop was so popular that Disney greenlit a theatrically released movie sequel to the series, which is essentially what A Goofy Movie is. Instead of keeping it exactly like the show the movie aged up the characters and also became a musical in a very classic Disney way. It also added a fictional pop sensation, Powerline who had songs performed by singer Tevin Campbell. Those songs produced for that film have quite recently became even more popular with regular references to it in officially released Disney material. I fondly remember this film and many from around my age are old enough to look back and invest in media related to the 90s Goofy content that still hold up well. Even recently the two Goofy Movies hit Blu-Ray for the first time prior to their appearance on Disney+. This is an insanely underrated property with a surprising amount of fans that still have a deep love for it and that is a gold mine of potential for new concepts and ideas.

Stepping back into this world or bringing back these characters would be an insanely profitable venture for Disney to embark upon. The characters are loved and it has been quite a long time since we have seen Max be featured in any official production. Goofy is also a character who quite often gets pushed to the side in favor of Mickey so stepping back into creating a new original film that works as a sequel or a new series would mean so much to quite a lot of people. Disney is in a remake phase as we speak and having an original idea that picks up from a nostalgic property lines up with their current strategy. Disney+ is a perfect place for giving the freedom to reach a lot of people without the need of making a full feature film banking on the success of a theatrical run. It is also not hard to imagine how talked about this film would be if they decide to lean into their nostalgic edge that the film originally brought about. If they ever do go through with this, the one thing I want most is the return of Tevin Campbell to work on some new songs. That could be a massive hit for the constantly expanding Streaming service.

While my own love of A Goofy Movie is strong there is one other property that has been circulating and could potentially see something happen soon.

The 90s was a great time for Disney’s television with some incredibly memorable shows, but the one that’s often put above the rest is Gargoyles.

Gargoyles is a fairly dark action oriented series from 1994 that dealt with fantasy elements, time travel, and talking Gargoyles. It had a compelling story with great characters that balanced action, horror, fantasy, and comedy. It was an all around well put together show and it has remained insanely popular for that reason alone. Fans carry the memory of the show and everyone that has worked on it has a love for the material. It’s filled with multiple memorable characters carried by extremely talented actors including Keith David. The show unlike other Disney shows at the time was willing to tell a continuing arc and in ways it was often seen as the Disney alternative to Batman: The Animated Series. It’s a great show that is absolutely worth going back to, but it is also a series with a lot of potential that has been discussed quite a lot lately.

Recently some of the cast and people involved with the production have expressed interest in returning to the series if that was ever an option. They love this series and would be totally up for being given the opportunity to expand upon the world and the characters. This comes at the same time that Gargoyles became trending on Twitter thanks to Disney+ having the full series available from launch day. This popularity should set off Disney into wanting a new movie, series, or other form of continuation. Fans would be very appreciative if they expanded upon this universe of action and fantasy. This also comes at the heels  of Jordan Peele expressing interest in directing an adaptation of the series, which would be a great choice. These comments and the resurgence of popularity should not be missed by Disney and Disney+ would be a great place to have this come to life. I’d love a modern continuation or adaptation that takes full advantage of one of their most interesting original creations.

These properties are beloved for a reason. They all have intrinsic qualities that keep them from becoming stale or feeling dated. Even the most dated elements have become charming to the fans of each respective property and there is a whole lot of untapped potential here for Disney not only to make new content, but continue selling the merchandise that they are so good at producing. I would love to see some or all of these get new additions on such a new and successful streaming platform. It would keep this platform alive for years to come and I’m certain that if handled well each of them could help usher in a new era of Disney content for years to come. I can’t wait to see what lies ahead not only for these properties, but also for Disney+.