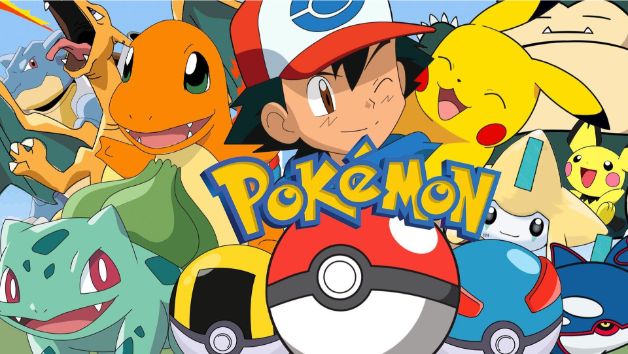 I think one thing that can be truly incredible about popular culture is that it can sweep so many people off their feet simultaneously. If there is some big franchise or individual work of art that catches on you will see that thing everywhere and in every store and household. It will become ubiquitous. This can be a great thing for said franchise or work of art, but sometimes it could lead to a limited popularity before fading into the background to be neglected. This has happened to many popular things, but one franchise that has remained popular despite losing some of its initial steam has always been Pokémon.

This franchise has been able to consistently be relevant even in a smaller capacity at times. Its staying power is a force to be reckoned with and a great example of its modern popularity is in how well the fans have been receiving the release of the first live-action film in Pokémon: Detective Pikachu. This big American production has been bringing the franchise to the front of people’s minds and there is a lot of hype building for it. This hype is an interesting reaction and allows us the perfect time to discuss why this franchise has constantly remained popular and why it is still just as relevant as it was over 20 years after its inception.

I was born in 1991 which has essentially made me a child of the 1990s. I grew up during the time of incredible animated shows and emerging 3D graphics in video games, which was an exciting time for me and I’m sure many others that grew up in that decade as well. This childhood experience lead me to my discovery of Pokémon. I don’t remember when I discovered it, but I latched onto it fast. This was in part due to my own adoration of the world and the characters, but also because everyone I knew was in love with it. It was a massive hit for children in the late 1990s and it was literally everywhere.

They broke through the public consciousness and everyone knew about it or at least heard about it. The games were massively successful and so were the trading cards. I never knew the ins and outs of the cards and I most certainly was never good at the games, but I adored it. Its universal nature was appealing in the fact that it was catching and trading of adorable animals. While some Japanese creations had definitely become popular worldwide this was something very different than what came before it.

The Games were developed by Game Freak and released by Nintendo. Once the popularity of the games came to be this transitioned into trading cards and eventually led to the anime, which is the way that many people in the US specifically were introduced to the series. The anime even led to greater sales in all aspects of Pokémon including the games that continued to be released and kept improving. With this phenomenon growing it had to be capitalized upon. Warner Brothers saw the potential for Gold and since they already had the anime series license the also decided to release the anime films in theaters. I distinctly remember getting a Trading card of Mewtwo with the first film.

All of this initial saturation of the series allowed it to be become one of the most successful series of all time and its presence was strong, but eventually things shifted. It did begin to fade a little in the early 2000s, but amazingly it continued to move past this phase and quickly found its footing even with a dip in the oversaturated popularity.

It is important to remember that there are a lot of super popular trends that come and go. Pokémon would have been destined to take that same path. It very easily could have faded into the background as new things came about, but something that wasn’t considered was the dedication not only from the loyal fans, but also Nintendo and Game Freak themselves. The way in which they easily could have let their franchise go to the side was a huge possibility, but it is obvious that they cared about the series and the World they helped to build.

There was still a market for it and they pushed through continuing to evolve over the years and make new games. These new games brought with it an expansion upon what was already tried and true about the series. They had the same great gameplay with many returning Pokémon, but things were changed each time around adding a new element, new lands, new characters, and of course brand new Pokémon. All of these needed changes and additions were brilliant at keeping those that loved the series excited for more, but it also brought in younger generations.

The series has always been extremely popular with children, but as time has continued on it became obvious that some fans who were in love with the series since they were younger stayed on as fans because of the quality of the games. They are very well made and each iteration was better and continues to be better with new tech and new ideas. It also helped that they constantly kept on releasing new entries as time went on not allowing for long periods of gaps without a new game in the series whether it be a brand new sequel or a remake of a classic game. This constant release of games led to critical acclaim and great sales figures.

This franchise had a continued  life because of the games and while it’s overall media presence wasn’t as strong as it was before it still had an extremely dedicated and loyal following. The Pokémon characters were also still heavily used in the extremely popular Super Smash Bros series, which is also a critically and commercially successful series in its own right. Fans of Gaming never lost sight of Pokémon and that passion for it has persisted in that community.

It is challenging to frame this conversation without mentioning the mainstream attention it had previously received. At its height it was oversaturated and plastered on to anything and everything because it was a money making machine, but once the focus turned away from the mainstream approach it faded away from daily oversaturation. It may have still remained successful and relevant after its height, but it wasn’t everywhere. It was present in gaming and in the number of anime that weren’t quite as popular, but still attracted a following. It never lost relevancy, but it’s relevancy shifted. That is of course until the more modern resurgence of popularity thanks to the mobile platform.

In July of 2016 one of the most ambitious Pokémon products was released and it was Pokémon Go. A game that worked based on GPS to get people to go out in the real world and look for Pokémon to capture. No one could have anticipated the monster hit that this became initially. It took off faster than anything else at that time and surprised fans and it even brought in people from all walks of life. At that point my obsession with Pokémon wasn’t as high as it had been in the late 90’s, but I jumped on the bandwagon and have loved the game since.

Go’s popularity was so massive and so surprising that mainstream media began to dive back into covering the series giving it an even broader name recognition. While this game did have its quick fall in popularity, the effect that Go had on the series is immeasurable because it showed that it has the power to always be relevant thanks to its simple, yet smart premise and incredibly well designed elements.

The release of the feature length live-action film, Pokémon: Detective Pikachu is imminent and it’s relevance isn’t understated.  This film and the franchise in general prove how much a simple concept can become a Global phenomenon. It’s a testament to the influence that Popular Culture can have on people and that something that may be deemed as a fad may have more staying power than initially assumed. Its staying power is worth noting and it has had a positive impact on multiple generations of all ages. It’s an incredibly remarkable franchise initially built from the passion of Game developers working to make the best game they possibly could. That passion is why fans continue to love it and will continue to love it as time goes on.

Avengers Endgame review: What Can I Say About This?
REVIEW: ‘Occupant’ A DUST Exclusive Short Film